More than six weeks after her naked body was found dumped on a Houston road, we finally know how Alexis Sharkey died. 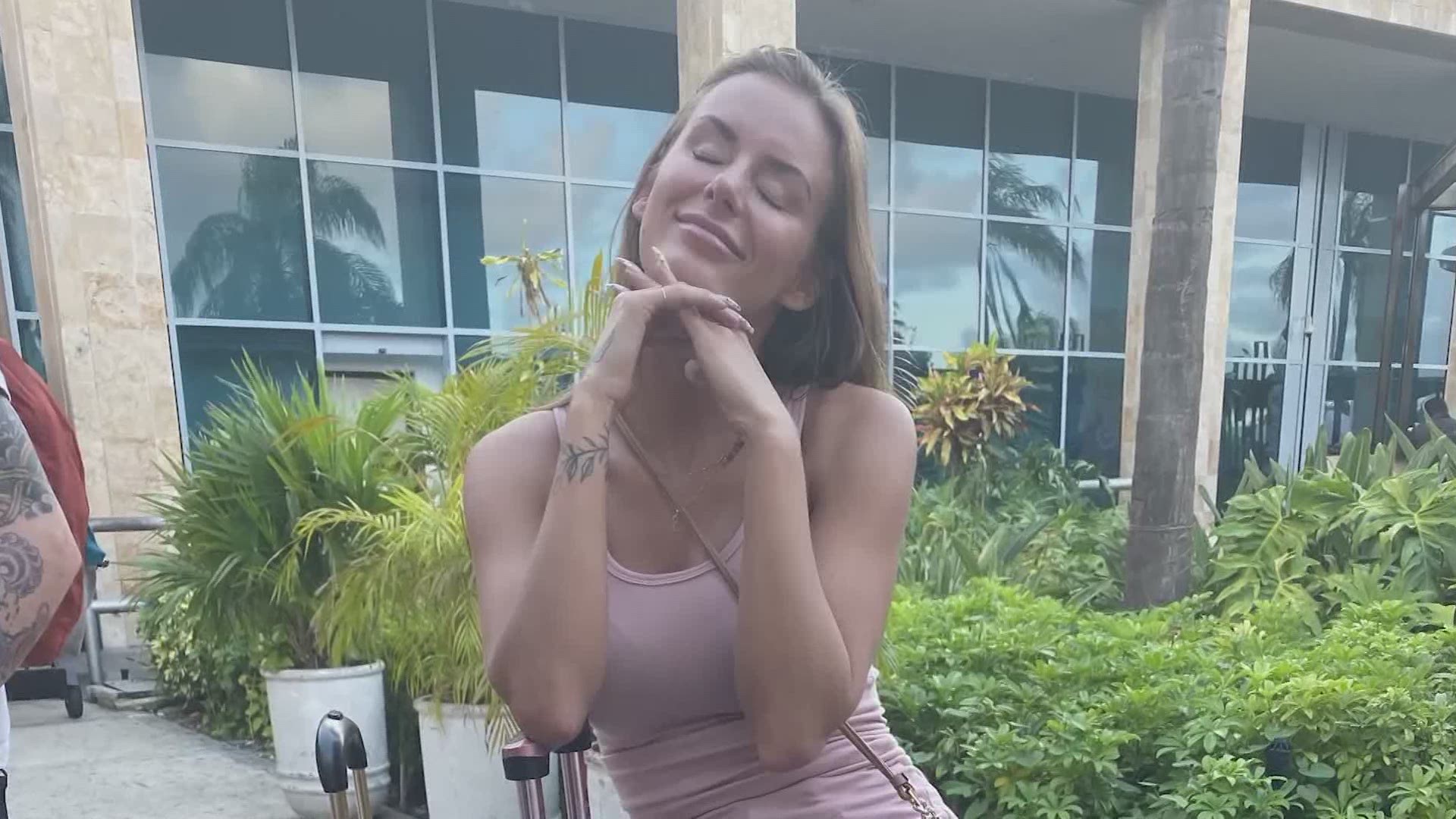 HOUSTON — The Harris County medical examiner says 26-year-old Alexis Sharkey was strangled before her body was dumped on the side of a west Houston Road late last year.

The autopsy results were released Tuesday.

No one has been charged in the case.

“I mean, just threw her on the side of the road, naked, like garbage. I just, I don’t get it,” said Tanya Ricardo, one of Alexis’ best friends. “No one gets away with something like this. No one.”

The cause-of-death announcement came seven weeks after her body was discovered.

“Seven weeks is not long," retired Chief of the Texas RangersTony Leal said.

“The Medical Examiner’s Office may have known it that night, they may have thought it that night, but they have things they need to rule out before they make that announcement," Leal said.

Sharkey moved to Houston a year ago with her husband. She was last seen on the day after Thanksgiving at the apartment they shared. The next day, her nude body was found dumped on a road in west Houston.

As detectives worked to find out who killed her, Sharkey's friends shared more about the update as well as what her life was like before she moved to Houston.

“I think this news we all kind of knew, but this just made it that much more real. I’m angry and sad all over again but ready for justice to be served for our friend,” Sharkey's friend Lauren Norling-Martin said.

"When I saw her ... I was, like, she’s radiating," Alexis Sharkey said of her friend, Brittney Pember.

“That’s when I first got to meet her," Pember said. “She was just like the light of the room. She was just so smart and so funny.”

The 26YO social media influencer was found dead, naked along W Houston road 11/28.

Brittney has known Sharkey for a couple of years. The two met through their work with Monat, a company that sells hair and skincare products. Pember said Sharkey worked her way to the top, becoming an executive director.

“She worked her butt off to get to where she was and to see such success in a person who is just a couple years older than me, was absolutely incredible," Pember said.

Sharkey met many of her friends through Monat and work trips. That’s where she met Norling-Martin.

“She’s grown to be such a good friend to me. And I just can’t believe she’s gone," Norling-Martin said.

Norling-Martin said before moving to Houston, Alexis once lived in Midland-Odessa, where she met her husband, Tom.

“He was in the oil field, and I think she worked at a local bar for a little bit so I think they just crossed paths that way," Norling-Martin said.

Norling-Martin said the two moved to Grand Junction, Colorado for about four months in 2019.

“I know she absolutely loved it, and just being with her friends and exploring were her favorite things in the entire world," Norling-Martin said.

Now detectives are trying to find out what went wrong. How Sharkey's vibrant young life ended so soon.

Houston police have been tight-lipped about the investigation, leaving many friends and family hoping they are following a solid lead. We checked with HPD and so far there has been no arrests in the case.