Alexis Sharkey's husband kills himself after U.S. Marshals attempt to arrest him for his wife's murder

Houston police said they were able to obtain an arrest warrant for Thomas Sharkey in September after collecting evidence to charge him with his wife's murder. 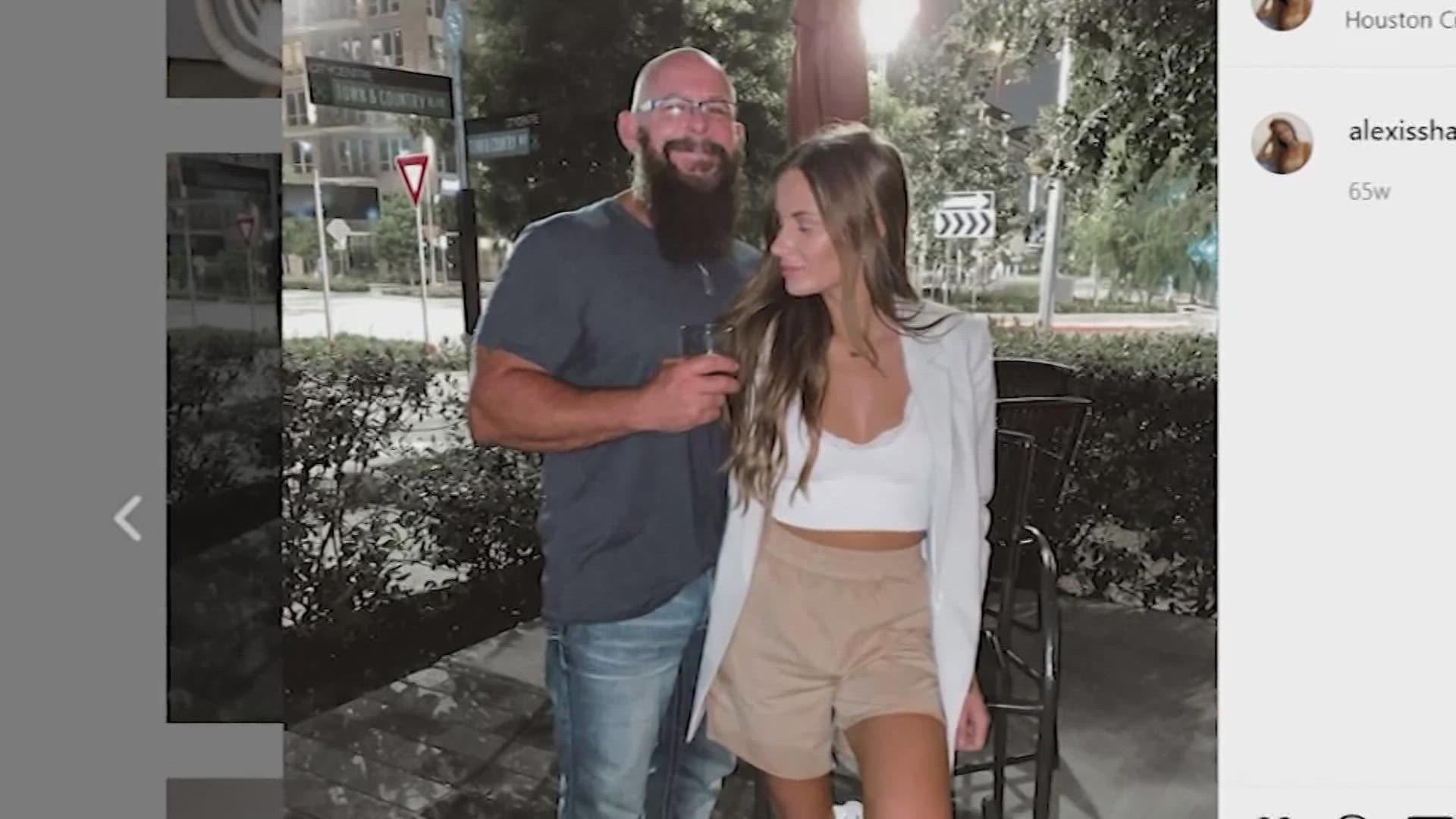 HOUSTON — The husband of Alexis Sharkey, a popular social media influencer who was killed late last year in Houston, killed himself after U.S. Marshals attempted to arrest him for his wife's murder, detectives confirmed.

According to the Houston Police Department, investigators had spent a great deal of time talking to witnesses and collecting enough evidence to determine that Thomas Sharkey was responsible for his wife's murder.

How did police determine Thomas Sharkey was a suspect

During a press conference Wednesday, police said Thomas was not truthful through the investigation and even tried to throw them off by bringing up other possible suspects.

Thomas had a history of being "evasive," police said.

He reportedly left the state about two weeks after Alexis' murder and police said they had been trying to meet up with him for quite some time to collect a DNA sample.

At the beginning of August, police say Thomas Sharkey finally agreed to meet with detectives while he was living in Georgia. Police said detectives went there, but they were not able to make contact with him.

“He came up with a very bizarre story later on about why he essentially disappeared and then a short time after that incident, he relocated to Florida,” detectives said.

Police said they established there was a history of domestic violence between Alexis and Thomas Sharkey and the relationship was ending. There were even talks of divorce on Alexis' end, police confirmed.

Police said over time, they were able to develop enough evidence to determine probable cause and charge Thomas Sharkey with Alexis's murder.

"The investigation determined that Thomas Sharkey, her husband, is the only person who had the means, motive and opportunity to have committed the murder," police said.

BREAKING: U.S. Marshals confirm Tom Sharkey was wanted for the November murder of his wife Alexis Sharkey. Marshals went to a home where he was staying in Florida. After knocking & announcing themselves, they found Tom Sharkey dead with a gunshot wound to the head. ⁦@KHOU⁩ pic.twitter.com/nz47OYtSwc

An arrest warrant for Thomas Sharkey was obtained on Sept. 29.

Police said they quietly went about getting the arrest warrant because of the "high-profile nature of the case."

Police said they learned he was in Florida, so the U.S. Marshals were called to assist with his arrest.

At about 10 p.m. Tuesday, the U.S. Marshals learned he was staying with his daughter in Fort Myers. Deputies went to the daughter's home and when Thomas Sharkey learned they were there for him, he ran upstairs and shot himself, police said.

HPD said neither Thomas Sharkey, nor his family knew of the arrest warrant prior to U.S. Marshals making contact with him. They say the goal was that when he was arrested, to formally charge him with Alexis Sharkey's murder in Harris County.

Watch the full press conference from Houston police below:

What happened to Alexis Sharkey

She moved to Houston with her husband a year before her death. She was last seen on the day after Thanksgiving at the apartment they shared. The next day, her nude body was found dumped on a road in west Houston.

“I think this news we all kind of knew, but this just made it that much more real. I’m angry and sad all over again but ready for justice to be served for our friend,” Sharkey's friend Lauren Norling-Martin said back in November following Alexis Sharkey’s death.

"When I saw her ... I was, like, she’s radiating," Alexis Sharkey said of her friend, Brittney Pember.

“That’s when I first got to meet her," Pember said. “She was just like the light of the room. She was just so smart and so funny.”

Brittney had known Sharkey for a couple of years. The two met through their work with Monat, a company that sells hair and skincare products. Pember said Sharkey worked her way to the top, becoming an executive director.

“She worked her butt off to get to where she was and to see such success in a person who is just a couple years older than me, was absolutely incredible," Pember said.

Sharkey met many of her friends through Monat and work trips. That’s where she met Norling-Martin.

“She’s grown to be such a good friend to me. And I just can’t believe she’s gone," Norling-Martin said.

Norling-Martin said before moving to Houston, Alexis once lived in Midland-Odessa, where she met her husband, Tom.

“He was in the oil field, and I think she worked at a local bar for a little bit so I think they just crossed paths that way," Norling-Martin said.

Norling-Martin said the two moved to Grand Junction, Colorado for about four months in 2019.

“I know she absolutely loved it, and just being with her friends and exploring were her favorite things in the entire world," Norling-Martin said.