The Diocese of Little Rock and a church in northwest Arkansas are being sued by an unidentified person. 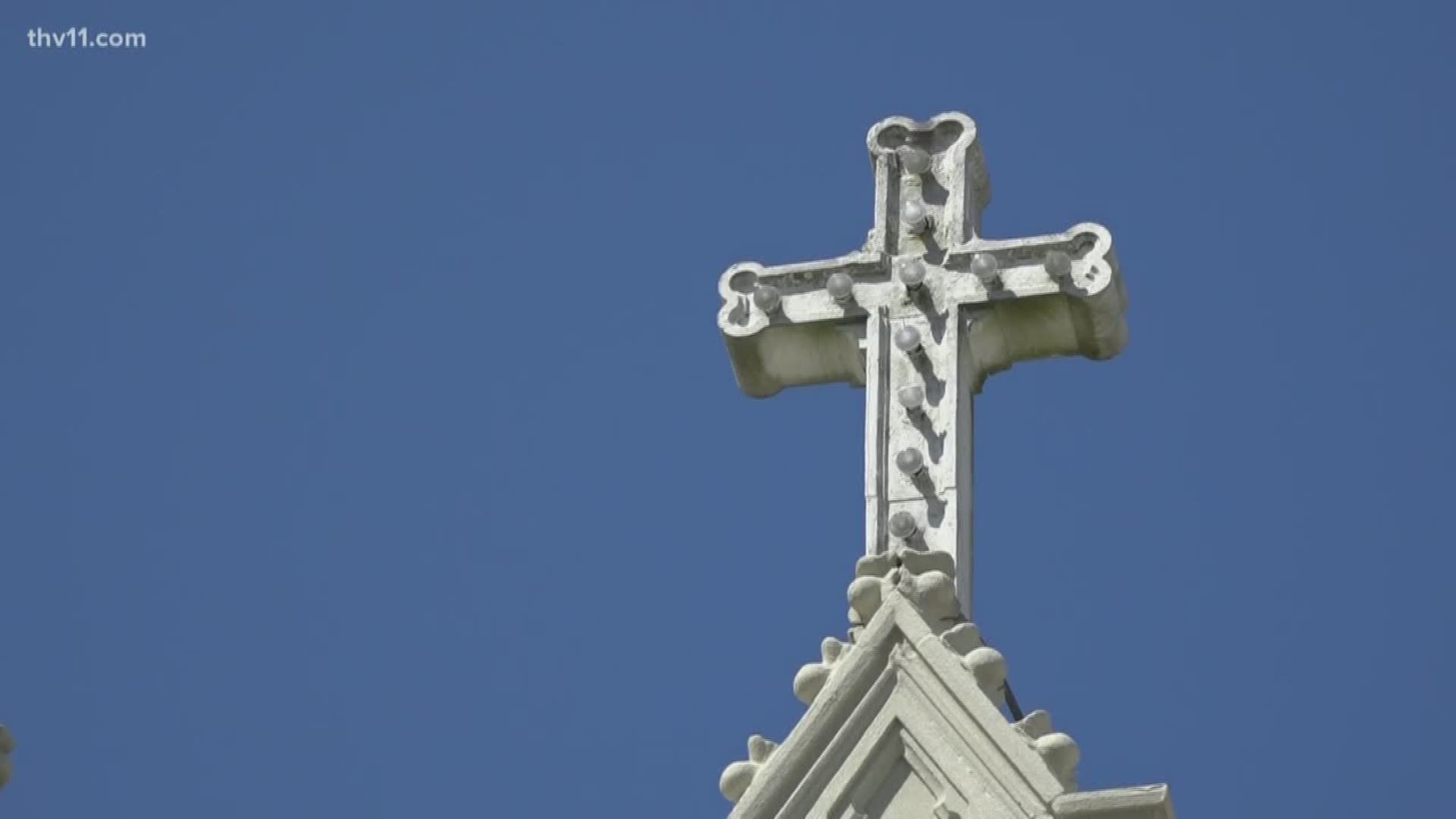 FAYETTEVILLE, Ark — The Diocese of Little Rock and the St. Joseph Catholic Church in Tontitown are being sued by an unidentified person who alleges both were negligent for allowing a priest to sexually abuse him.

The lawsuit filed by "John Doe 201" claims that he was sexually assaulted when he was a teenager by priest Joseph Correnti.

These incidents allegedly occurred while John Doe 201 was a parishioner at St. Joseph’s Catholic Church.

Correnti, who died in 2002, was among a dozen members of the clergy identified by the Little Rock diocese who had credible or substantiated claims of abuse against them.

John Doe 201 is seeking damages in an amount that exceeds that required for diversity jurisdiction cases in U.S. District Court.

The Little Rock Diocese has released the following statement:

St. Joseph Catholic Church in Tontitown was served yesterday with a copy of a civil complaint that was filed on August 20 in the Circuit Court of Washington County, AR. The Diocese of Little Rock was named as a defendant along with the church, but our Diocese has not yet received service of it.

At this initial stage of the legal process the attorneys representing the parties need an opportunity to communicate with each other. For this reason St. Joseph and the Diocese will not respond publicly at this time to the particulars in the civil complaint filed on behalf of the plaintiff, John Doe 201, other than to acknowledge that the priest named in it, Fr. Joseph Correnti, was included on the list of priests released by Bishop Anthony B. Taylor on September 10, 2018 against whom allegations of the sexual abuse of a minor or minors have been considered credible.

In addition to contacting the civil authorities by calling the Arkansas Child Abuse Hotline at (800) 482-5964, anyone with knowledge of someone who has been sexually abused by clergy or anyone working on behalf of the Church can contact Deacon Matthew Glover, Chancellor for Canonical Affairs, at (501) 664-0340, Ext. 361 or Dr. George Simon or Dr. Sherry Simon, the Diocese’s Victims Assistance Coordinators, at (501) 664-0340, Ext. 425.