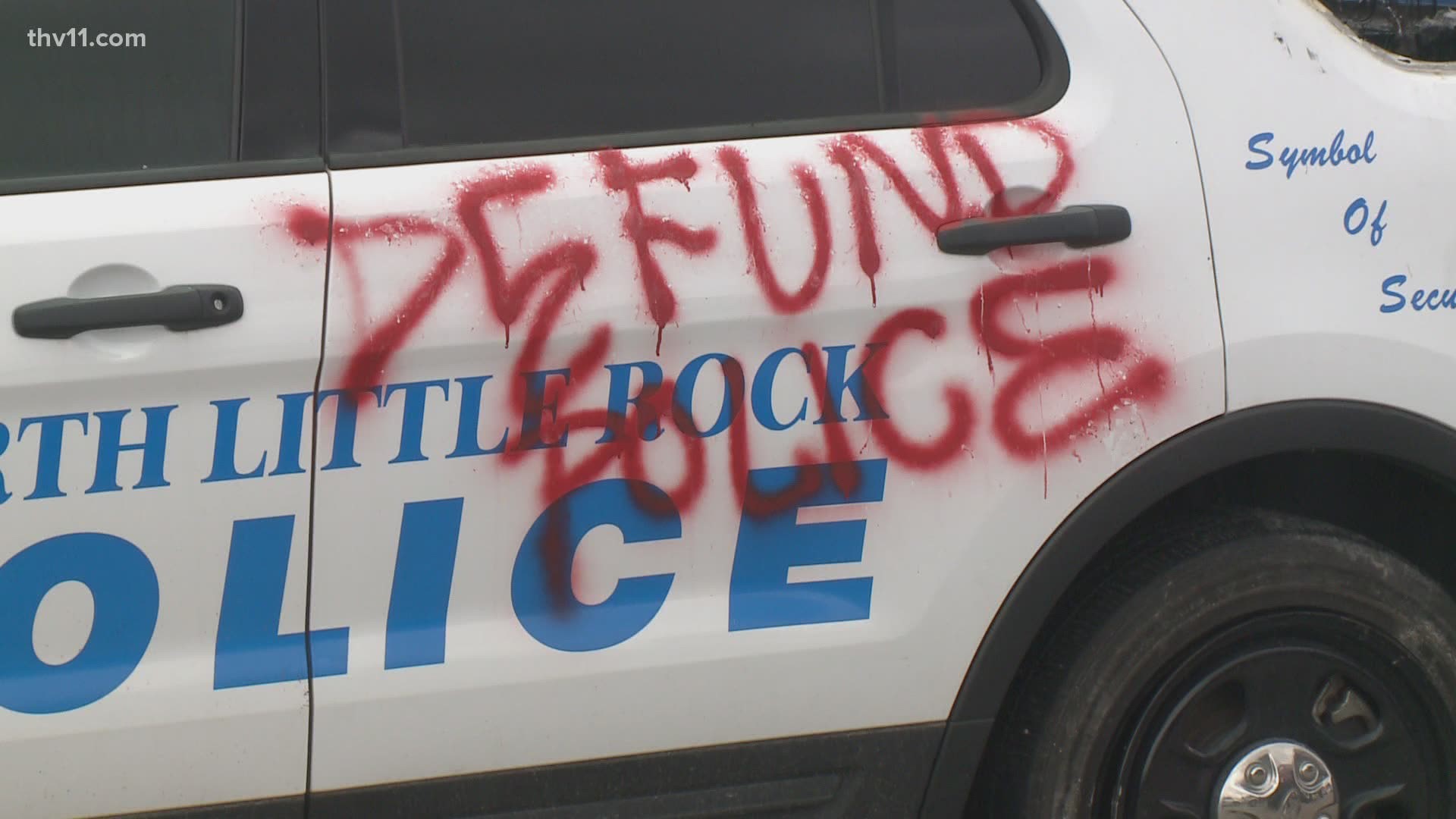 After the Little Rock Police Memorial for Fallen Officers was defaced by the words “defund the police,” Senator Tom Cotton (R-Arkansas) released the following statement:

“The vandalism of the Little Rock Police Memorial for Fallen Officers is egregious, and those responsible for this act will be caught held accountable. To the families of the police officers whose names are enshrined on this memorial: your loved ones gave their lives in the service of their fellow man and have forever earned the love and appreciation of Arkansans. No pathetic act of vandalism will ever change that fact. The criminals who defaced their memory—and their politically-motivated supporters—will be lost to history, but the names of our fallen officers will always be honored and remembered.”

"Under no circumstances should vigilantes destroy or vandalize police
property. What happened recently at the police station—especially at the Fallen Officers Memorial—is unacceptable. It does nothing to further the cause of productive and peaceful reform, only worsening long-standing divisions."Positive change in our community can only happen if we all buy in. Political leaders, police officers, and Arkansans of every background need to be involved in helping this system stop failing to keep us safe."

"While I understand and acknowledge the pain and anger of many feel as a result of police brutality and misconduct across the country, the vandalism of the Little Rock Fall Police Officer's Memorial that occurred last night is not acceptable. I welcome every conversation from any Little Rock resident or business about how we can best keep our neighborhoods safe, including how we re-imagine policing in Little Rock. My administration has led on police accountability, and we have done this by making our case to City residents and stakeholders and our Board of Directors. Building consensus is how we get the systemic changes we seek — not vandalism. I have an open door to any person or organization in Little Rock that shares our vision for accountability and public safety, and I remain open to working with anyone to help move Little Rock forward."