According to the Arkansas State Police, the Criminal Investigation Department is on scene of an officer-involved shooting near Swifton. 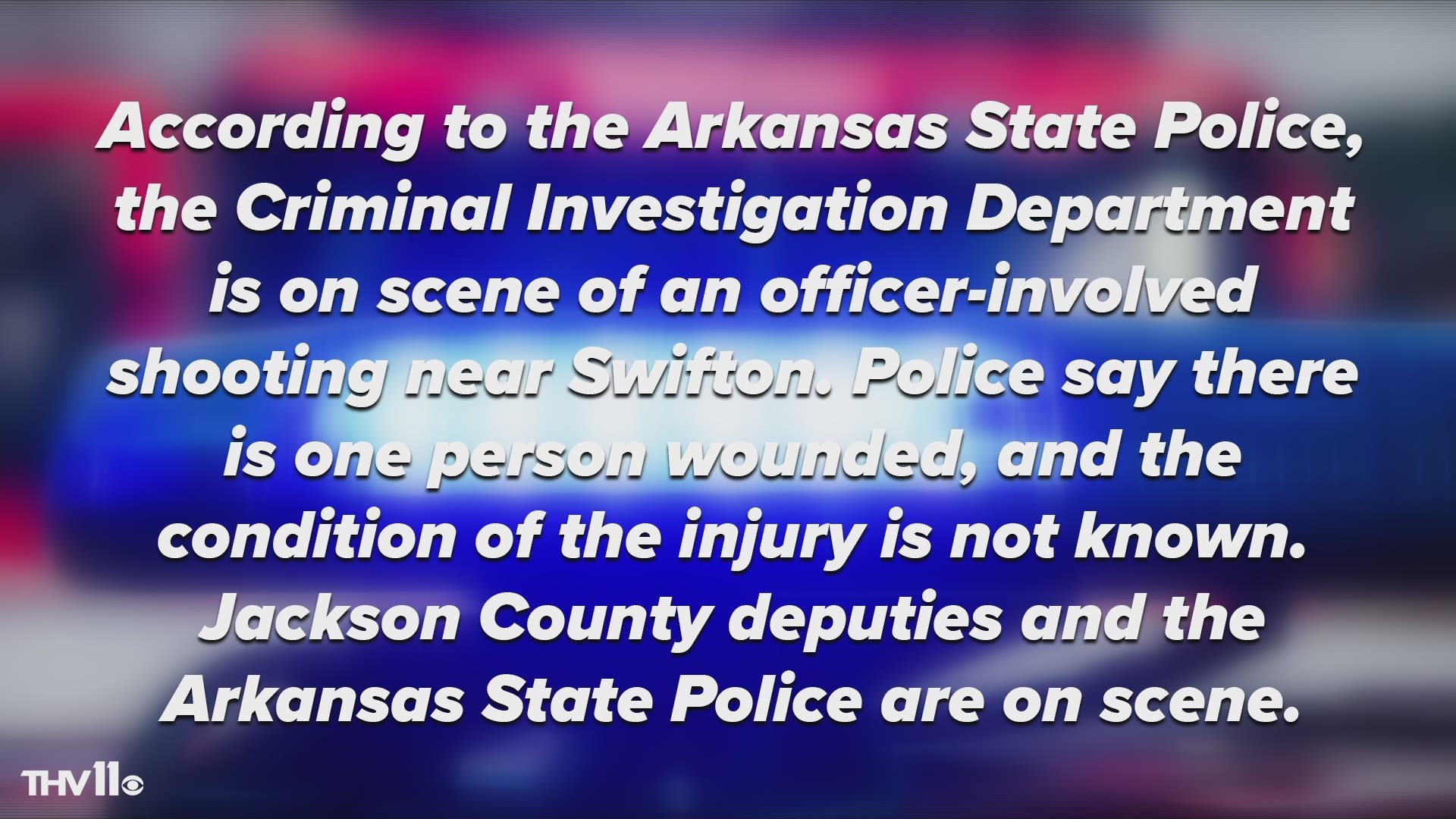 JACKSON COUNTY, Ark. — A Jackson County man has been identified after being shot by an Arkansas State Trooper on Thursday, Jan. 17.

According to initial statements provided by the sheriff’s department, a Jackson County deputy made contact with Sjon Anthony Woods, 42, who was armed with a handgun and reportedly fired the gun into the ground.

Arkansas State Troopers, Swifton police and Tuckerman police responded to the location after learning of the situation.

Woods disregarded law enforcement commands to drop his weapon, and pointed it at the officers, at which time an Arkansas State Trooper shot Woods.

Woods was taken to an area hospital for treatment and is listed in serious condition. No officers were injured.

The state trooper involved in the shooting has been placed on paid administrative leave pending the outcome of the investigation.