A 60-year-old woman has been arrested after Baxter County Jail officials discovered a coordinated effort to sneak tobacco into the facility to her grandson. 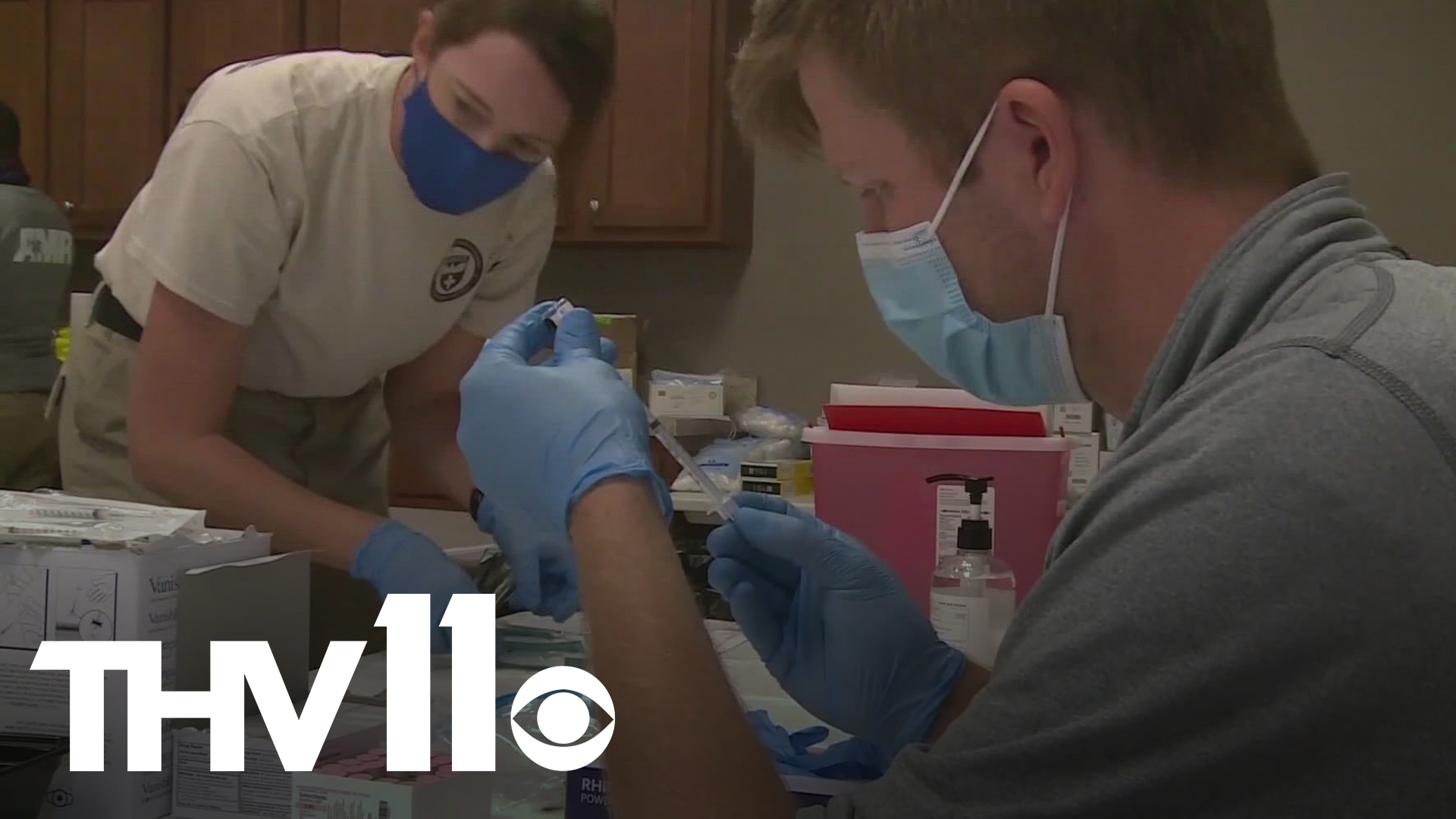 MOUNTAIN HOME, Ark. — A 60-year-old woman has been arrested after Baxter County Jail officials discovered a coordinated effort to sneak tobacco into the facility involving a drainage ditch, climbing trees, and a plastic bag tied to the end of a broomstick used to "fish" for the contraband.

At around 9 p.m. on Sept. 12, according to the Baxter County Sheriff's Office, a jailer found a wrapped-up package of tobacco on the ground next to the outer wall of the B Pod, a housing unit at the jail.

The jail official who was making a routine perimeter check at the time then "heard a noise in the area outside of the fence and saw a person in the bushes," the sheriff's office said in a statement.

While calling for deputies, the jailer reported that the person fled the scene, and the suspect wasn't found.

After reviewing camera footage of the area, supervisors noticed that over four hours before the suspect was spotted and the tobacco found, a man had climbed from a drainage ditch behind the jail fence and approached the perimeter.

At around 5:21 p.m. in the surveillance footage, deputies said the person was spotted tossing a bag over the fence and inside the detention center. Then the suspect proceeded to "use a tree limb to retrieve something from inside the fenced area."

Jail officials then searched inside the B Pod housing unit and put together the rest of the story.

Officials found that the inmates allegedly made a device to "fish" out the contraband from a ventilation hole in the ceiling of the shower room that connected to the outside of the housing unit.

The contraption, deputies explain, was "a broomstick with twisted line attached to the end that was made out of a plastic trash bag."

Investigators with the Baxter County Sheriff's Department then went through phone conversations from B Pod inmates, identifying the 60-year-old woman who was attempting to help her grandson, an inmate in B Pod, arrange the contraband drop.

The Mountain Home woman was arrested for furnishing prohibited articles and criminal conspiracy.

Deputies said the suspect who was initially spotted outside the jail fence has been identified and a warrant for his arrest is being processed, and additional charges are "expected" against those within the jail on non-related charges.