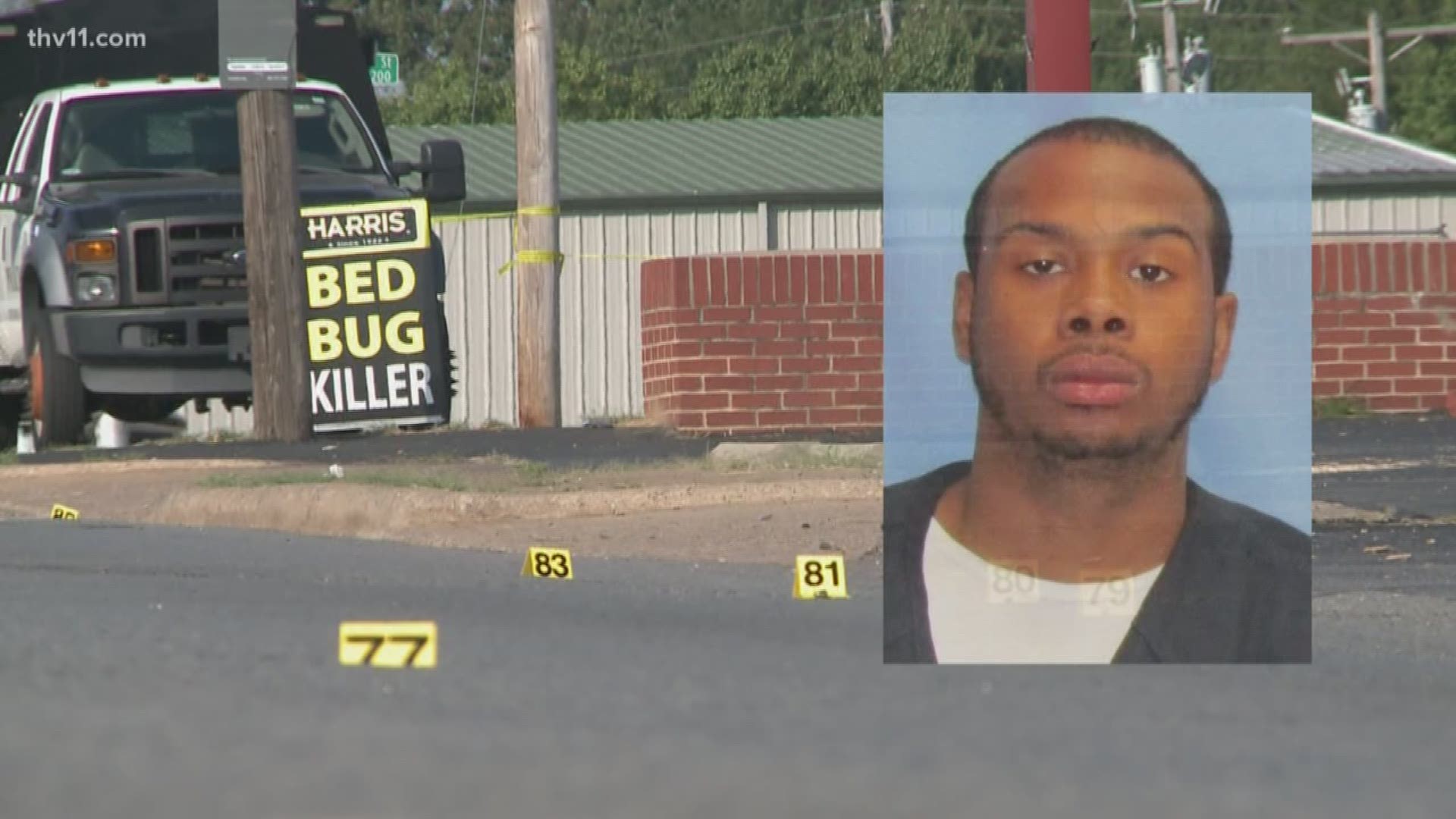 LITTLE ROCK, Ark. — On Sunday, Sept. 15, at approximately 2:35 a.m., the Little Rock Police Department responded to multiple ShotSpotter activations that were reported between the 4300 to 5100 blocks of Asher Avenue.

Little Rock Police Dispatch also received a call reporting someone had been shot and a man was down at the Superstop on Asher Ave.

When officers arrived on scene, they located 29-year-old Emmanuel Cooper who was suffering from multiple apparent gunshot wounds. Officers began to perform life saving measures to Cooper until MEMS arrived.

MEMS arrived on scene and pronounced Cooper as deceased.

A short time later, officers responded to UAMS Hospital and made contact with 20-year-old Daquayveon Flanagan who was suffering from a gunshot to his left forearm.

Flanagan reported he had been shot while on Asher Avenue. His injuries were not life threatening and were under medical care.

Homicide Detectives and CSSU personnel responded to the scene and began their investigation.

Detectives performed a canvass of the area to attempt to locate possible witnesses and evidence of the shooting. Two vehicles at the scene were believed to have property of the victims inside.

To further the investigation, detectives impounded these vehicles and sought a search warrant before processing. To secure evidence at the scene, detectives and officers shut down traffic flow along this portion of Asher Avenue.

On Tuesday, Oct. 1, after addition investigation and review of evidence collected by Homicide Detectives, an arrest warrant was issued for Daquayveon Flanagan for the charges of Murder 1st Degree and Terroristic Act.

On Wednesday, Oct 2, 2019, Flanagan was located by detectives, served with his warrants and transported to the Pulaski County Jail.