Nguyen said he was standing outside, waiting for his Uber, when Snodgrass came up to him and told him “his kind” of people aren't supposed to be here. 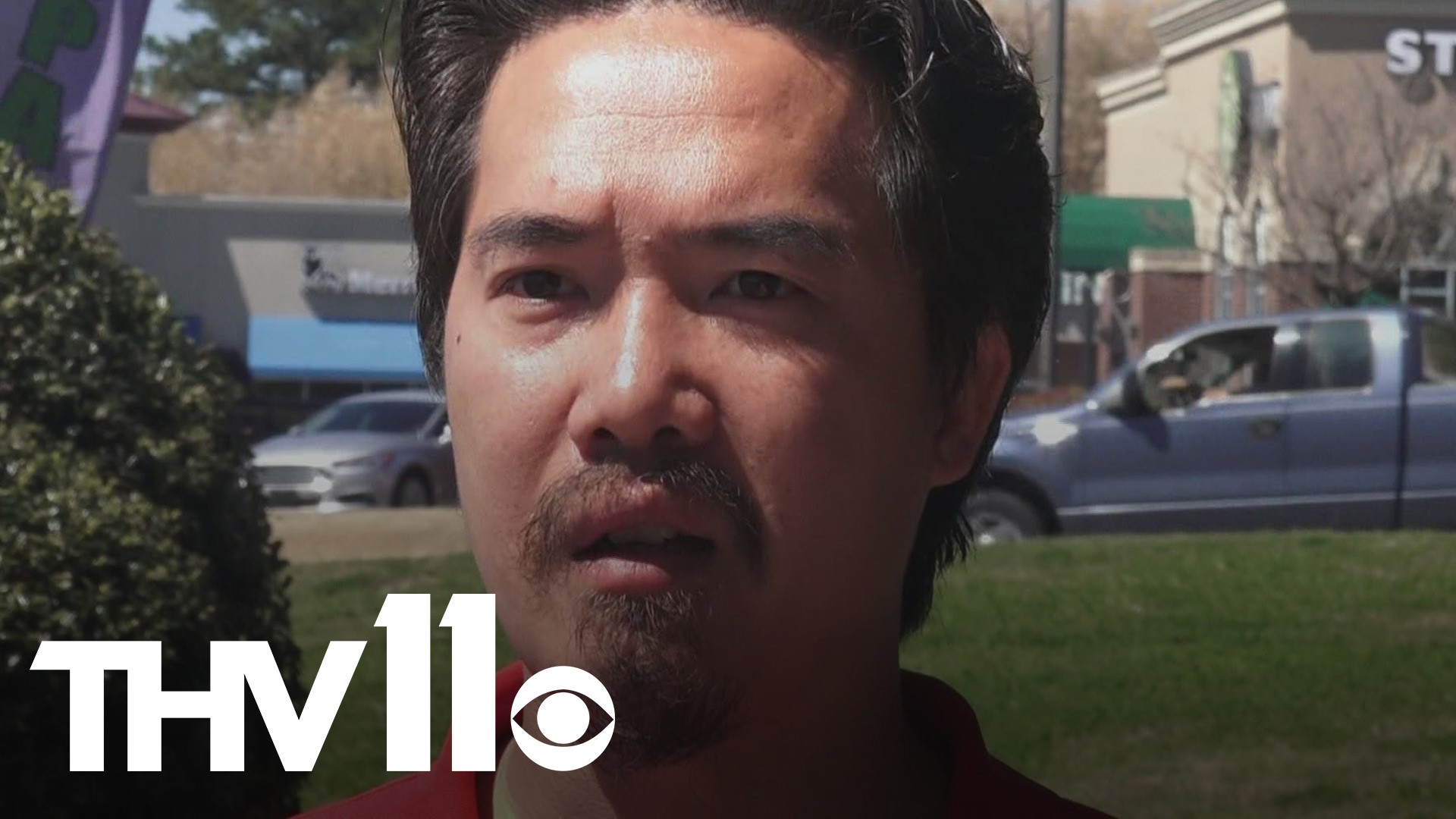 HOT SPRINGS, Ark. — A Bentonville fire captain has resigned from his job after being accused of assaulting an Asian man outside of Oaklawn Casino.

Benjamin Snodgrass reportedly admitted to police that he confronted the victim about not being American.

The victim, Liem Nguyen, said he had just left the casino and was waiting on his Uber when he was suddenly attacked.

And now he feels like he has to watch his back everywhere he goes even though he thinks highly of the community he works in.

"I have a lot of friends here in this town. We go fishing. We go out, we have fun. We do everything,” said Nguyen.

But now, his guard is up.

After Snodgrass allegedly assaulted him on March 13.

Nguyen said while minding his own business, Snodgrass came up to him and told him “his kind” of people aren't supposed to be here, and then Nguyen told police that Snodgrass then threatened to kill him.

"The scuffle happened, then punches happened, but he put his hands on me and I had to defend myself after that,” said Nguyen.

Snodgrass has since been charged with 3rd degree battery and public intoxication.

And while there is some fear, Nguyen is sharing his story to reach others facing the same worries.

"I want to speak up to help other Asian communities. If something happens to you, speak up. Don't hide from it. You can't hide from people like this,” said Nguyen.

In a statement from Nguyen's attorney, Julie Roper, she said he deserves justice.

And while Arkansas is one of three states that does not have a hate crime law, she and Nguyen both hope the state's legislature will consider his story as motivation to pass the recently proposed bill.

"This hate stuff has to stop. We are all human beings. We are equal,” said Nguyen.

He has pleaded not guilty and will appear in court again in May.