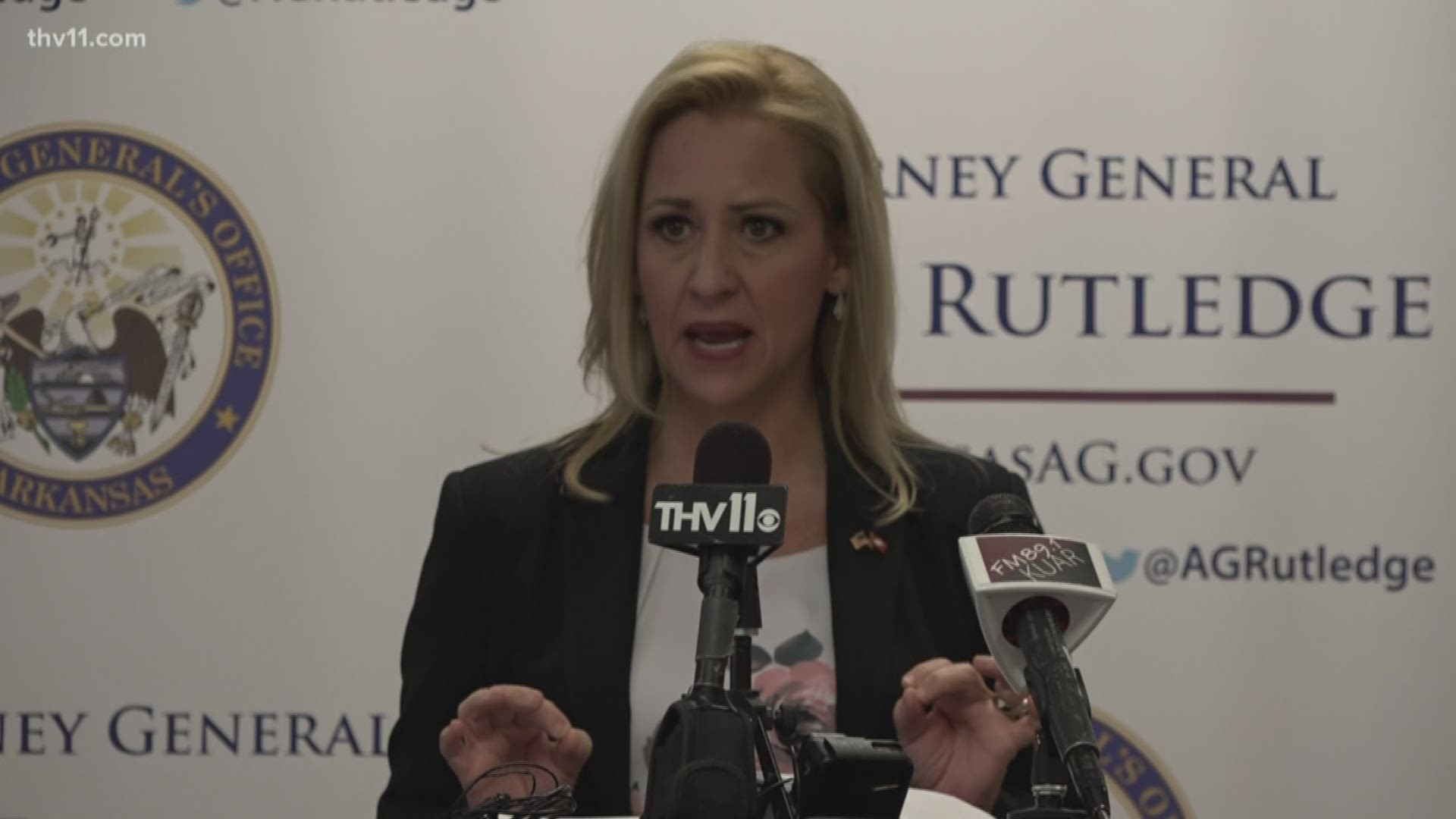 LITTLE ROCK, Ark. — State Attorney General Leslie Rutledge is suing a Hot Springs woman and accusing her of being a "money mule" who facilitated a fake online lottery scam for thieves in Jamaica.

"Jean Butler has been acting as a money mule and facilitating a multi-million dollar sweepstakes scheme," the Republican attorney general said during a Wednesday news conference. "She essentially helped to funnel money, estimated at perhaps upwards of $6-million, to scheme operators in Jamaica."

Butler, 73, allegedly served as the American midpoint in addition to being the mule.

Typically, in scams targeting the elderly, the caller says you won a huge prize if you just pay us a fee. Rutledge says Butler didn't make the calls, but instead, opened the bank accounts for the victims to deposit money into, which thieves in the island nation would then plunder.

"They were simply having to 'pay the taxes' or having to pay a fee associated with that prize," Rutledge said. "Jean Butler would then allow someone in Jamaica to withdraw those monies."

The civil lawsuit says as many as 50 victims came from across the country and Canada. A woman in Missoula, Mont., first mentioned a specific person in Hot Springs to authorities, triggering the Arkansas investigation.

Other victims came from Nebraska, Kansas, and Ontario.

Rutledge hinted that Butler may have been lured into the scheme by online or e-mail ads that offer easy "work from home" jobs, but she vehemently stressed that she believes Butler knew what she was doing.

The attorney general shared other details from the investigation, including Butler allegedly telling banks she would be traveling to Jamaica, and so there was no need to flag any suspicious transactions.

"Customs has informed us she does not even have a passport, much less traveled to Jamaica," Rutledge said.

The case is a civil lawsuit, but Rutledge says the FBI has a criminal investigation underway. A phone number connected to Butler's address is disconnected. The summons was set to be served Wednesday, so court records did not list a lawyer for Butler that evening.

It will eventually go before Judge Wendell Griffen in Pulaski County Circuit Court.

RELATED: Can you sue the state? Not really, and recent court decisions make it harder