On Sunday, Jan. 13, just before 6 a.m., firefighters were alerted to a bus on fire at the Bauxite school bus storage facility. 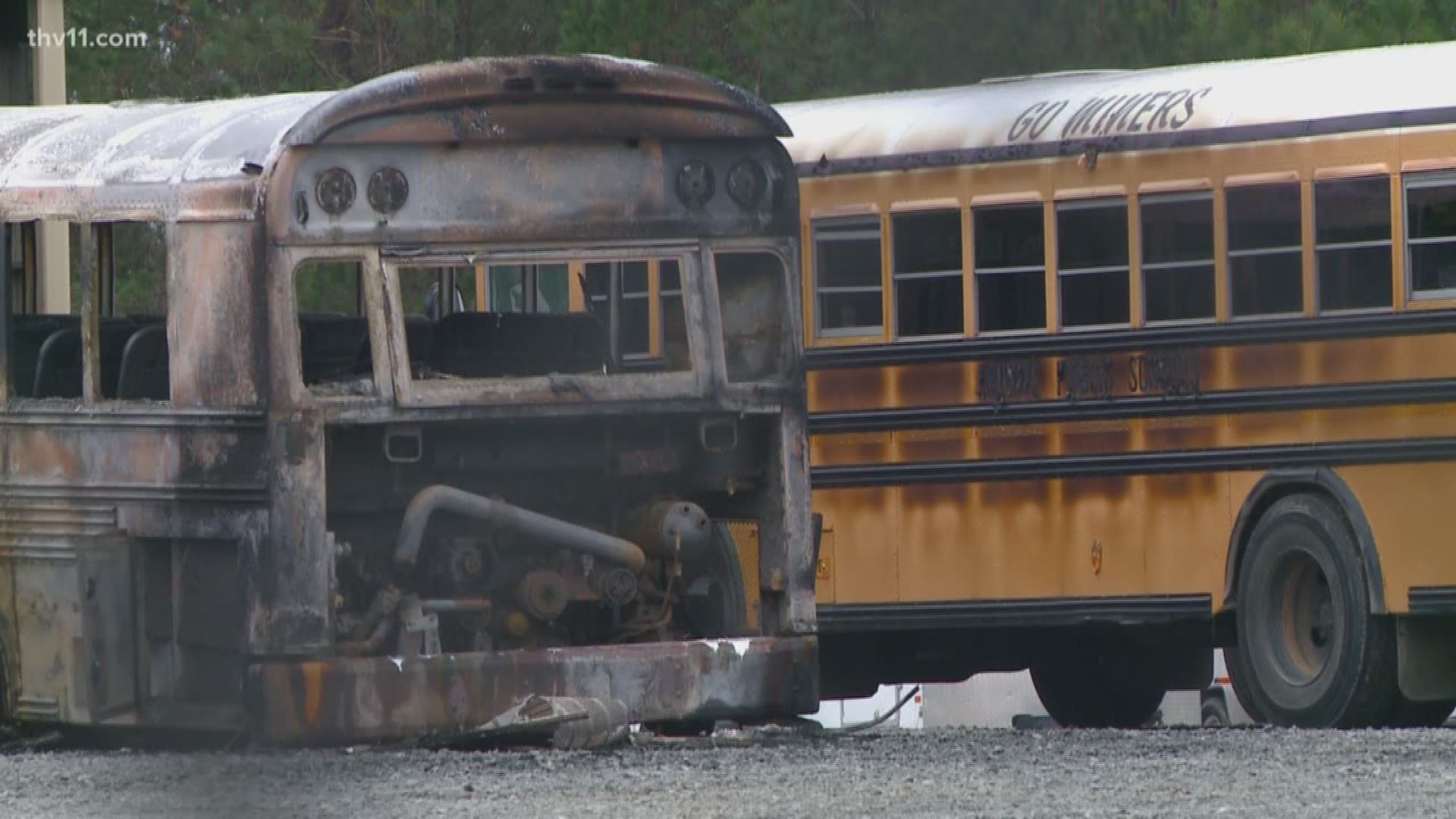 Just before 6 a.m., fire crews responded to the Bauxite Public Schools support services building on Reynolds Road. Upon arrival, they found a school bus outside on fire. Six volunteer firefighters from the Bauxite Fire Department extinguished the fire and checked for damage in the immediate vicinity.

Officials said the bus is a total loss. The outside of the building and adjacent buses have some minor damage that fire officials described as “mostly" cosmetic.

Bauxite Fire Chief Craig Hicks said a mechanical or electrical issue appears to have started the fire. The school district tells him they've had some issues with that bus recently. An investigation is ongoing.

"We were happy that there was no more damage to any other buses or even to the building. It could be a hard thing for the school to have to deal with," Hicks said. "Luckily it's just one bus that they're going to have to replace."

According to a Bauxite Public Schools spokesperson, the fire will not affect any bus routes.

“The district is grateful no Bauxite Firefighters were injured and appreciate the risks all of our first responders take for our community everyday,” BPS wrote on Facebook.