As the school gets back on its feet, it had stuff like a metal table frame stolen right out from under them. 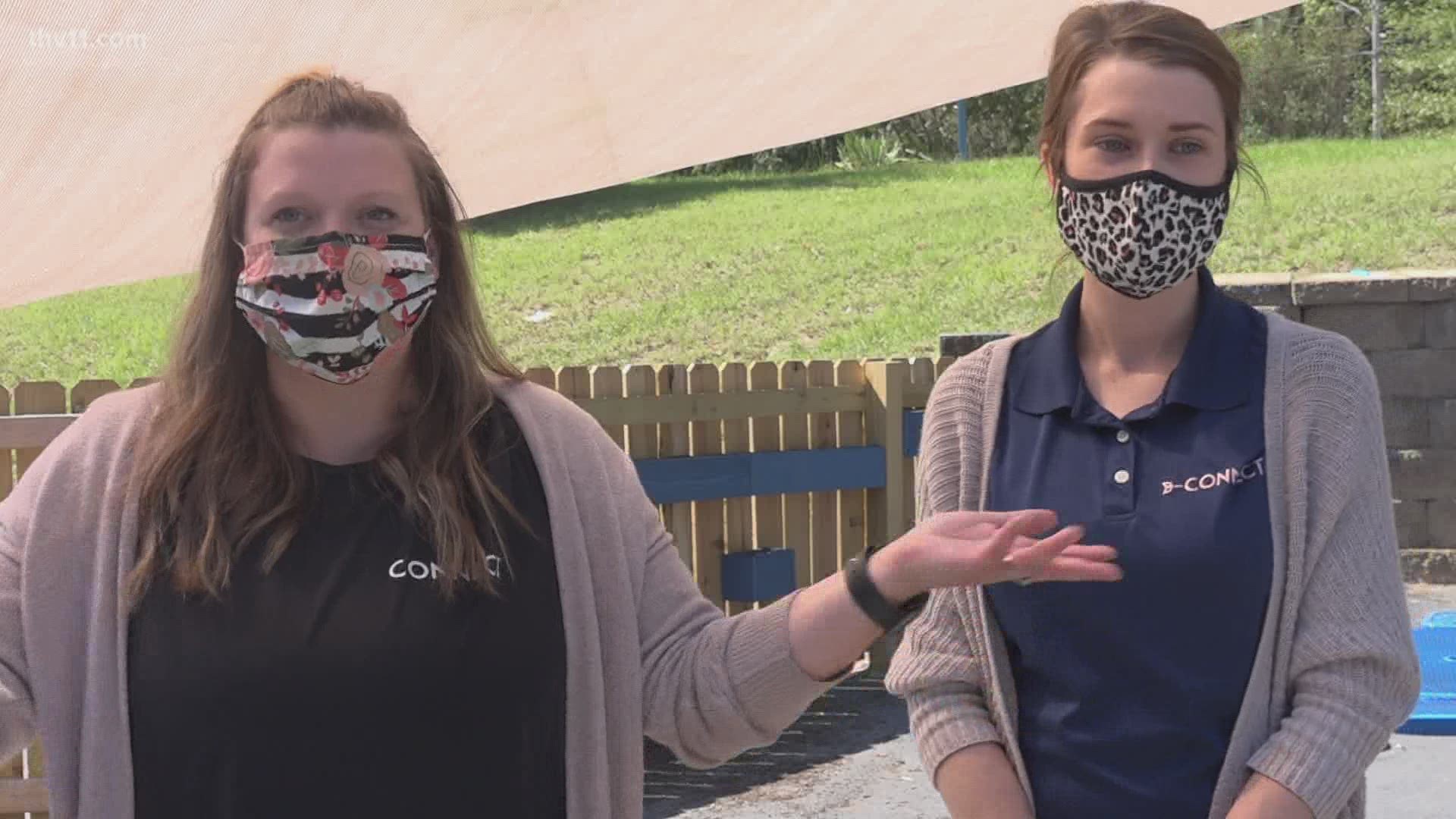 How else can you explain the theft of random equipment and auto parts from a daycare facility working to get back on its feet after a four-week shutdown earlier this year?

"It's just weird and almost random," said Adrianna Thomas, the assistant early childhood director for Connect Academy in Benton as she toured a play area while toddlers and pre-K kids napped inside.

Thomas and the Early Childhood Director Tori Burchfield noticed one of two matching mesh sunshades were gone and the metal frame of a round playground table had been removed, leaving the blue seats and tabletop flat on the ground.

"I was just confused. Why someone would want that? I didn't understand why," Burchfield said. "Now our babies can't come out here because they're going to get sunburnt because we don't have shade out here."

The missing items from the playground combined with some more obviously valuable items that turned up stolen earlier this week.

Someone had cut the catalytic converters out from under three vans used by the daycare and adjacent cheer school.

Those exhaust parts have precious metals inside that make them popular targets of thieves with the time and equipment to quickly make off with them.

But things got weird with the missing table frame.

"That's when we said, 'Okay, this is a series of events of missing things. So now we know that someone is taking things from us,'" Thomas said. "And we're just confused and hurt."

"I don't know if it's a sign of the times, but property crimes like these are ticking up," said Krista Petty, a spokesperson for Benton Police.

"These are usually crimes of opportunity. What's happening [at the daycare] is a little different, but could be a part of that pattern we're seeing."

Petty confirmed that other missing items included a wheelbarrow and camp sinks that teachers were using to wash hands before entering the building.

A witness reported seeing someone with the sink early Wednesday morning and the teachers think a neighboring business may have surveillance cameras aimed in that direction.

But even for this daycare that had to struggle through a tough four-week shutdown earlier this year because of the pandemic, they just want the crook or crooks to know, they'd be happy to share.

They teach it every day.

"We're a generous, family-owned business," Thomas said. "If somebody needs something, they can ask us. They don't have to take it without asking."