Bodycam footage from two Little Rock police officers was released after a man was shot while being stopped by police reporting to a "driving without consent" call. 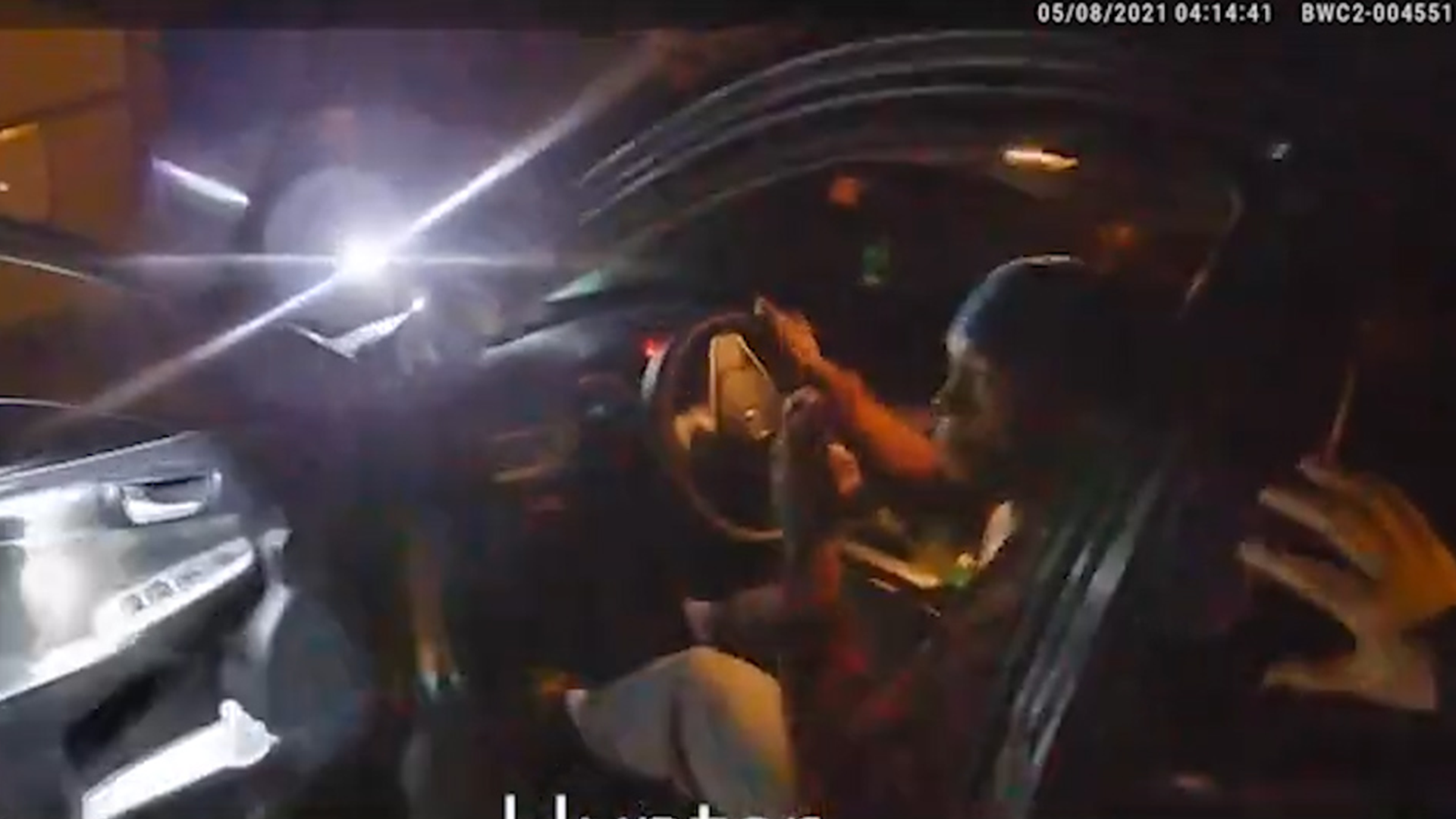 LITTLE ROCK, Ark. — Bodycam footage from two Little Rock police officers was released Thursday, May 13 after a man was shot while being stopped by police reporting to a "driving without consent" call on Saturday, May 8.

Officers responded to the reported vehicle near the 1400 block of Cleveland Street, where they made contact with the man identified as Michael Smith.

In the footage, Smith is seen with both of his hands up after Officer Dillon, on the passenger side, asks to roll down his window due to the dark tinted windows.

Officer Hunter at this moment is talking to Smith through the driver's side window, and asking for him to roll down his window, while Smith continues to keep his hands up and ask questions while not rolling down his passenger side window.

In the original release of the incident, police described the encounter as Smith attempting, but eventually stalling to submit proof of ownership of the vehicle and that he "began to dispute with officers."

After asking Smith multiple times to roll down his windows, he is seen starting the car and shifting into gear and begins driving away from the officers.

As the car is moving, Officer Dillon had moved around the front of the car to assist Officer Hunter with his gun drawn, it appears to get stuck in the open door as shots are fired, seemingly while his arm is stuck in the moving vehicle.

In the edited bodycam video released by LRPD, Cheif Keith Humphrey gives an account and slows down the video to show Smith attempting to grab the gun from Officer Dillon during the struggle.

Officer Dillon is seen struggling while the car reportedly moved "15 to 20 feet" before he was able to get his arm free from the moving vehicle.

After both officers are seen getting back into the car, they drive a short moment and find Smith's car crashed and him suffering from a gunshot wound to his leg.

Smith was reportedly transported to a nearby hospital for treatment and was released from the hospital on Tuesday, May 11.

Smith has been charged with Criminal Attempt to Commit Capital Murder, Felony Fleeing, 2nd Degree Murder, and unauthorized use of a vehicle.

An official internal and criminal investigation is underway in the shooting.

RELATED: One person shot by police during 'driving without consent' call in Little Rock