Cabot man sentenced to 35 years in prison for child pornography

According to the Office of the U.S. Attorney, Robert Nathan Hensley, 57, of Cabot was sentenced on various charges. 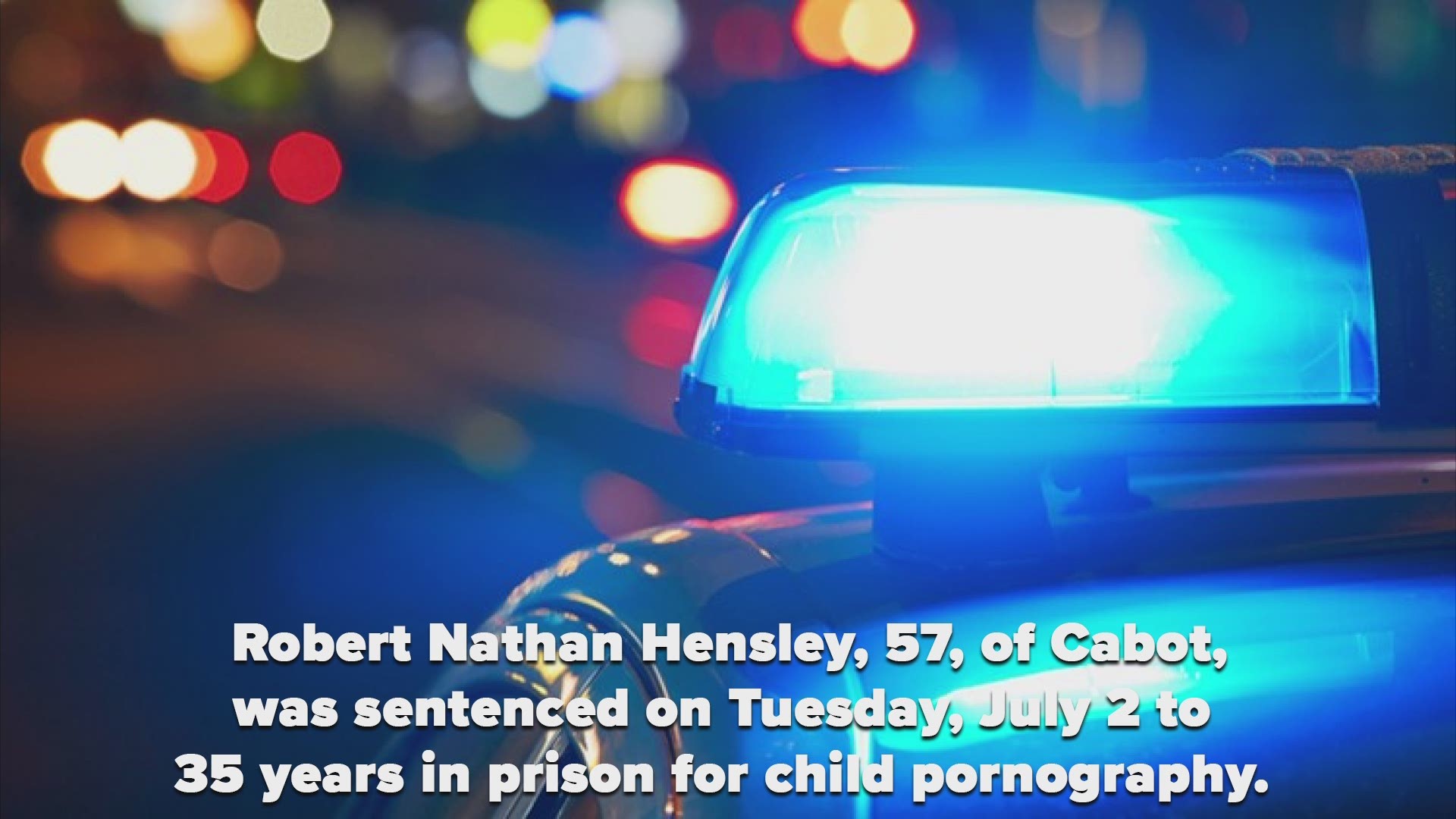 During an online investigation in 2017, investigators placed an advertisement on Craigslist titled "young, fresh, petite." The advertisement gained many responses and an undercover officer began texting some of those who responded.

The undercover officer told Hensley that he had a 14-year-old daughter. Hensley told the officer to 'bring her to me' because he had a 'machine' that he would use to have sex with the child.

Hensley also asked if the officer was interested in selling her. He offered $3,000 to buy the minor, stating: "She gets a lifetime of bondage and sex." He also asked for nude photos of the minor.

Officers arranged a meeting with Hensley at his home, where they arrived and arrested him. They located a computer at his home that contained child pornography.

"This defendant's attempt to purchase a 14-year-old girl for sex is depraved behavior and will not be tolerated," said U.S. Attorney Hiland. "Today's lengthy sentence means this defendant is no longer free to prey upon the most vulnerable among us. Our office will continue to aggressively investigate and prosecute those who seek to victimize children."

Before 2017, Hensley had already been convicted of two sexual crimes involving minors. He had a 1996 conviction for sexual solicitation of a child and a 2003 conviction for criminal attempt to engage children in sexually explicit conduct.

His prior convictions increased the mandatory minimum sentence in his case to 35 years. In addition to the 35 years, Judge Wright also sentenced Hensley to a lifetime of supervised release following his term of imprisonment.