A Cabot woman is pleading with the community to help her bring her late father’s prized possessions back home. 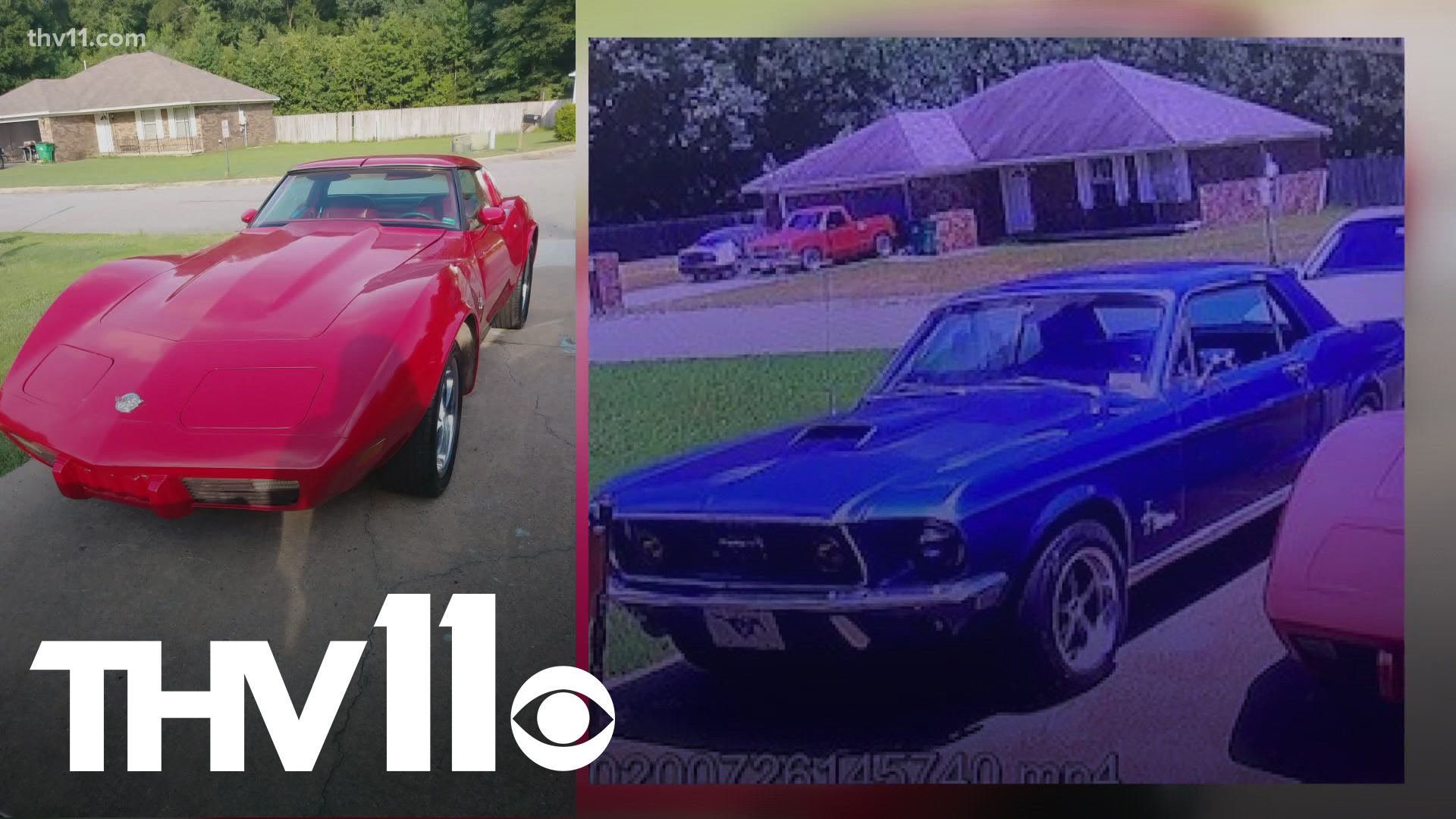 CABOT, Ark. — A Cabot woman is pleading with the community to help her bring her late father’s prized possessions back home.

"It messes me up. I cry every night before I go to bed,” said Vicky Smith, a Cabot woman.

It's something money truly can't buy, memories, and they are gone.

Smith said someone stole her father’s 1977 red Corvette and his blue 1968 Mustang, fully restored with love.

They are the only pieces Smith had left of her father.

They were intended to be left with Smith’s two children.

"My dad was leaving one car for Houston and one care for Lance,” said Smith. “That was a big deal. That's what they did. They worked on the cars. They fully restored the Mustang."

Smith said they were stolen sometime Friday from her father's driveway.

She was there the day before cleaning out his home, she went back to continue, and they were gone.

Her father had security cameras but because the internet had been shut off, they weren't recording.

Cabot police are investigating. And Smith has also done her own investigation.

For the last few days, she's checked around at local car shops, but nothing has come up.

Now she hopes that the community who may know something will help find the cars.

"If anyone knows anything, we would just appreciate if they would come forward and made a call even if it was anonymous,” said Smith.

Cabot police are handling the investigation.

We have updated this article to correct the year of the Mustang.