A video began circulating on Facebook, showing Officer Jake Perry in an altercation with what appears to be a student at Camden High School. 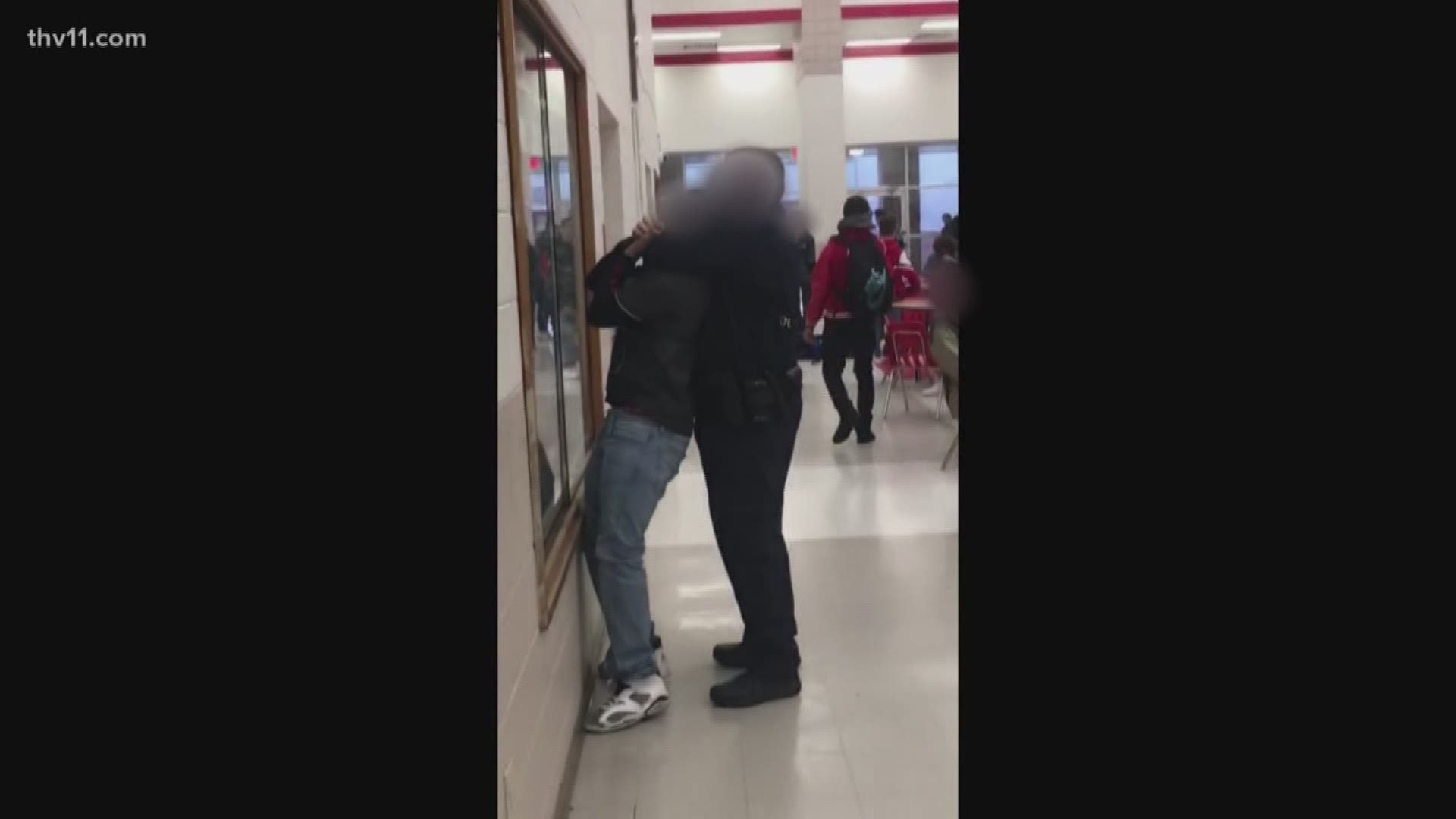 CAMDEN, Arkansas — According to the Camden Police Department, an officer has been relieved of his duty, pending an investigation, after a video began circulating involving an officer and Camden Fairview High School student.

On Monday, Feb. 10, a video began circulating on Facebook, showing Officer Jake Perry in an altercation with what appears to be a student at Camden Fairview High School.

The video circulating on Facebook shows Officer Perry in what appears to be the high school cafeteria. Perry is holding a student in a chokehold position. The video has been shared over 6,000 times.

Perry is assigned to the high school as a School Resource Officer (SRO).

"As the Police Chief, I will not tolerate misconduct from officers and this matter will be dealt with accordingly and I will be transparent in doing so."

"I (Superintendent Lilly), have been informed that the officer involved has been reelieved of duty pending an investigation by Camden Police Department (CPD). Camden Fairview School District (CFSD) will fully cooperate with the CPD's investigation. In order to prevent similar incidents from occurring in the future, CFSD will work with the CPD to ensure that current policies and procedures for all SROs stationed at CFSD schools are reviewed and revised if necessary. CFSD's first priority is, and will continue to be, to provide an excellent education to all of our students in a safe environment."