A bail hearing was held for Barnett on Tuesday. His lawyers argued that the government failed to prove he was a flight risk or danger to the public. 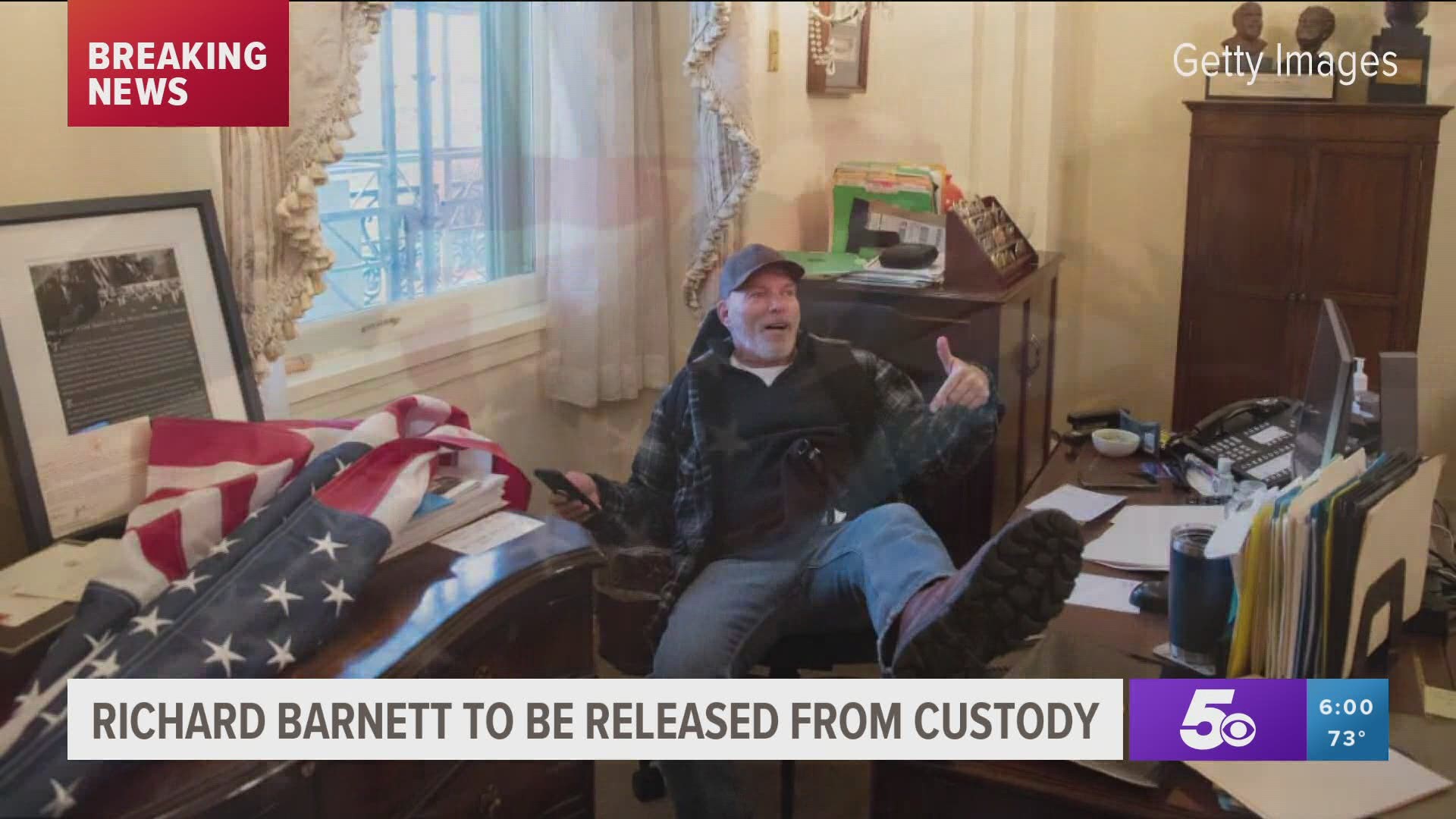 WASHINGTON — A federal judge has granted Richard "Bigo" Barnett, the Arkansas man at the center of an infamous photo in Nancy Pelosi's office during the Capitol insurrection on Jan. 6, a pre-trial release from prison.

A bail hearing was held for Barnett on Tuesday (April 27).

Barnett was photographed with his feet propped up on a desk in House Speaker Nancy Pelosi's office during the riot. He is also accused of stealing a letter from her office.

Credit: AFP via Getty Images
TOPSHOT - A supporter of US President Donald Trump sits inside the office of US Speaker of the House Nancy Pelosi as he protest inside the US Capitol in Washington, DC, January 6, 2021. - Demonstrators breeched security and entered the Capitol as Congress debated the a 2020 presidential election Electoral Vote Certification. (Photo by SAUL LOEB / AFP) (Photo by SAUL LOEB/AFP via Getty Images)

Barnett's lawyers, Joseph McBride and Steven Metcalf of the New York-based McBride Law Firm, have argued that the government could not prove that Barnett is a flight risk or a danger to the public. Therefore, he should not be in prison ahead of his trial.

Barnett has been in jail since turning himself in to police in Northwest Arkansas on Jan. 8 once he returned home from Washington, D.C.

Conditions of his release include Barnett being placed on home detention in Arkansas, wearing a location monitoring device, inability to possess firearms or other weapons, passport revoked, no travel outside a 50-mile radius of his home and no associating with anyone involved in the Jan. 6 insurrection, McBride confirmed with 5NEWS.

Multiple people died and dozens of police officers were injured when a group of supporters of former President Donald Trump stormed the U.S. Capitol building where lawmakers were in the process of confirming the electoral college votes that would officially make Joe Biden the next president.

Please check back for updates to this developing story.

RELATED: Some Capitol riot suspects apologize as consequences sink in