Catalytic converter thefts on the rise in central Arkansas

While you can't exactly stop the thieves, you can paint the converter or mark it in a personal way to help catch them. 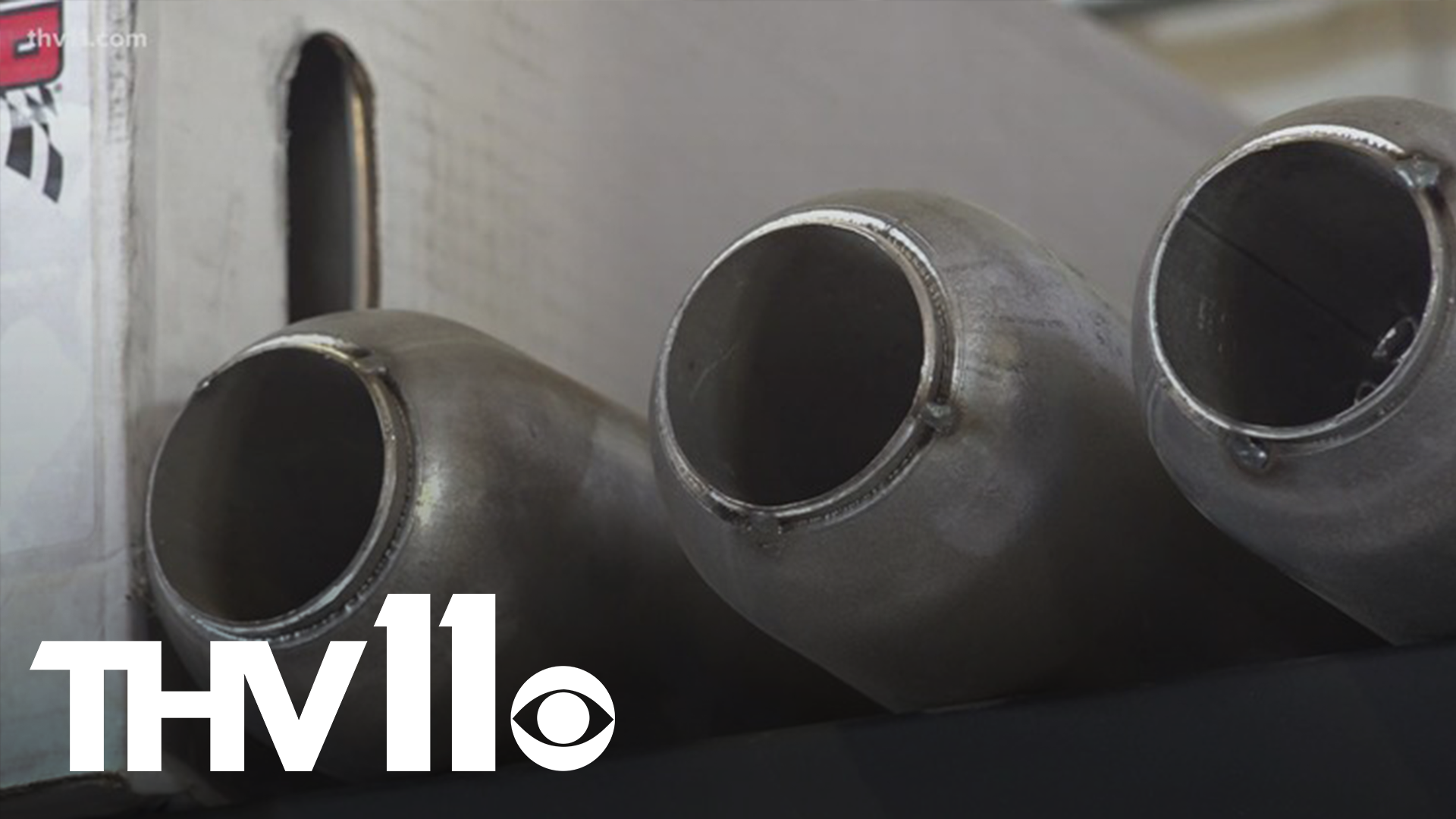 LITTLE ROCK, Ark. — With warmer weather headed to the Natural State, more people are out as well.

Some of them may be thieves out for your car's catalytic converter.

"Here since the beginning of 2021 we've done about 200 to 250 converters," Jerry Duvall, General Manager of The Muffler Shop, said. "Really it shouldn't even be a year long number, it should be zero."

It's an issue that's gotten the attention of many local law enforcement agencies, from Conway to Cammack Village.

Part of the issue could be because more people were working at home, so fleet vehicles and even personal vehicles became easier targets.

"It seems like people are, more people are going out and starting to do it," Duvall said.

It doesn't take long either. Duvall says it takes some thieves less than 5 minutes if they know what they're doing.

He says some customers have asked about cages to go around the part, but he says that doesn't slow them down by much, and regardless, it's an expensive fix.

Stopping thieves isn't an easy thing, but there are deterrents you can do.

Another idea could be to scratch something distinct on the body of the converter.

"Able to, in some way, mark their catalytic converter," Cole said. "They can tell us when they file that report, 'Hey, I put my initials on the front of it' or something like that, and that may increase the chances of recovery, and maybe even prosecution."

In the end, Duvall says he's happy to help people in need after this happens – he has a business to run after all – but he says he'd rather repair natural wear and tear over theft.

"We'd rather do business the right way," Duvall said. "And replace a converter if they need it, someone coming in with them being stolen, we'd much rather do it the right way."