This is the earliest D.C. has hit the milestone since 2003, as it sees 100 murders by October, on average, the DC Police Union said. 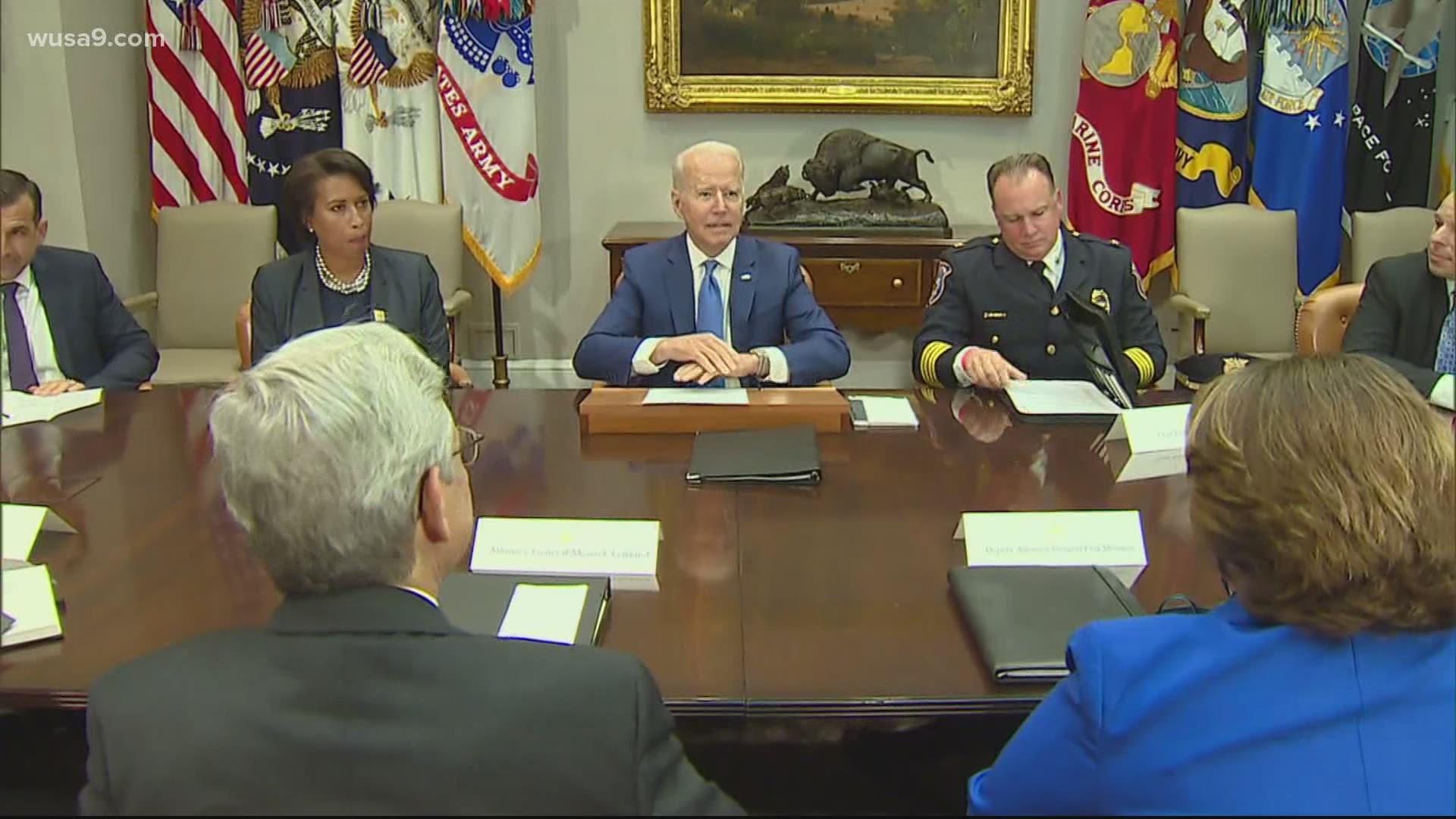 WASHINGTON — The death of a 45-year-old man led D.C. to hit a sad milestone Friday night: Willie Parker became the 100th person to be killed in 2021 in the District.

The D.C. Police Union said this is the earliest the city has recorded 100 homicides since 2003. Over the last decade, the city has, on average, hit the grim mark by Oct. 25.

Parker, of Silver Spring, was shot and killed on 41st Street SE next to the Fort Davis Recreation Center on Friday night, according to DC Police, who responded to a report of shots fired and found Parker dead. A second person was wounded and a third victim turned up at the hospital.

D.C.'s homicide rate has increased 3% since this time last year, according to DC Police statistics, but 2020's numbers had seen a 19% increase from the year before.

RELATED: A wave of shootings and murders has DC officials searching for solutions

D.C. Mayor Muriel Bowser was at the White House Monday, joining President Biden and local leaders from around the country who are scrambling to deal with a surge in murders in a number of cities.

The president said one key is stemming the flow of firearms used to commit violent crimes.

"You and I, mayor, have talked about this before," he said, nodding to Bowser.

Biden pointed to billions in the American Rescue Plan that state and local governments can use to put more officers on the street, including $59 million for D.C. to help reduce gun violence and build safer neighborhoods.

"People care about safety, they care about fair policing and justice, and they care that the police and the community work together," Bowser said.

The police union released a statement blasting the city council, accusing it of demonizing police officers and passing misguided legislation. The union said MPD has lost nearly 400 police officers to retirements and resignations since the council passed police reform bills, and said nearly half of those officers have simply handed in their badges and walked away.

For many victims, there's a sense that police and political leaders need to do much more. The White House is requesting $300 million more in next year's budget for community policing, and $750 million more for federal law enforcement.