The initiative aims to reduce violence in high-crime communities, but data shows the number of people killed continues to rise year after year. 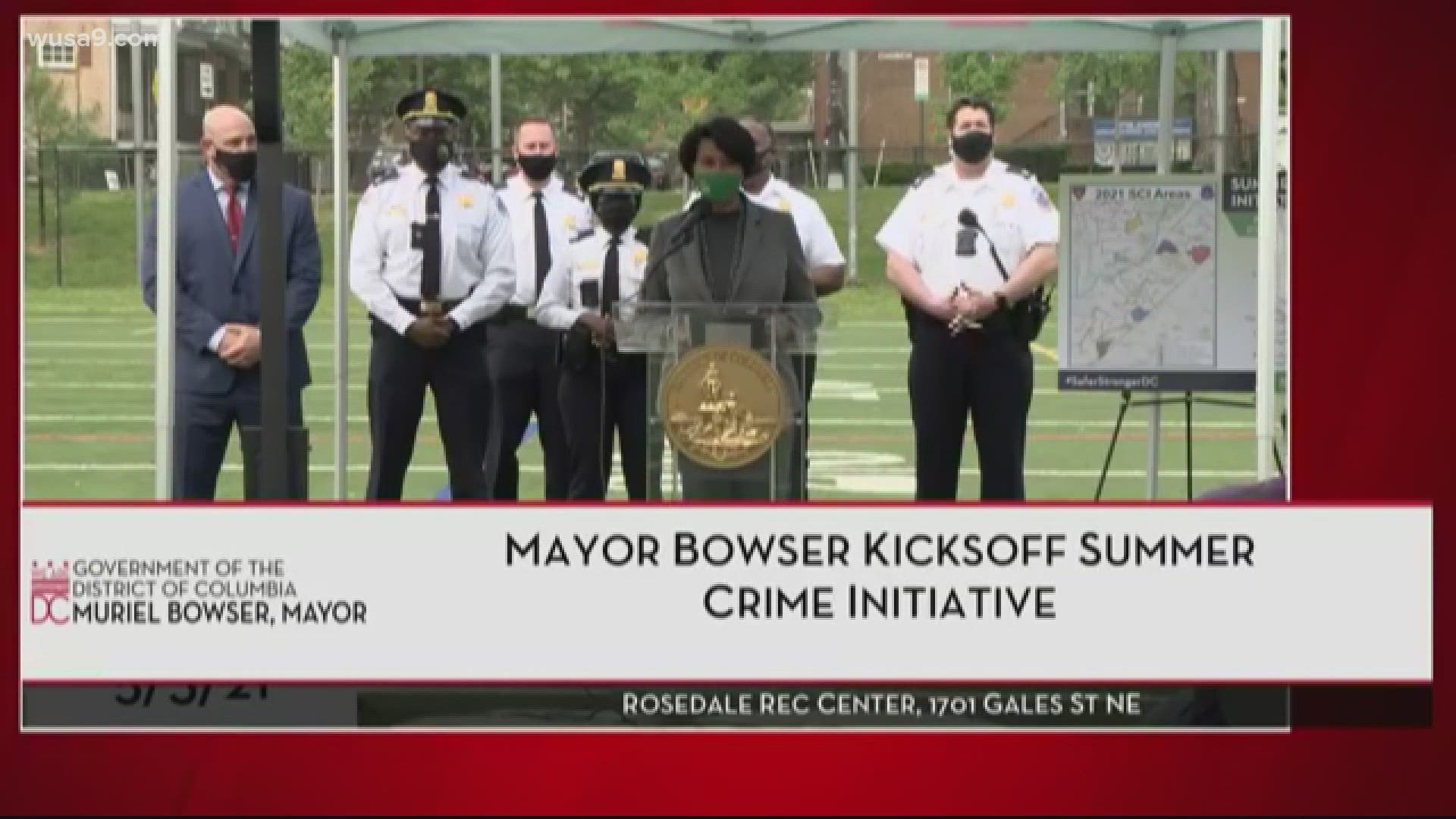 WASHINGTON — One day after D.C. Mayor Muriel Bowser announced the re-launch of the city’s yearly Summer Crime Prevention Initiative, community leaders are questioning how effective the plan is.

“I’m kind of sick of the whole ‘we did this or we’re doing a great job in D.C.’ No, we’re not,” Rayvon Wills, founder of Rebels With A Cause said.

RELATED: MPD to focus on these high-crime neighborhoods to curb violent crime in DC. Here's the list

“The number of killings is ridiculous,” Willis said. “The kids are not safe. It’s just the same story over and over again.”

Wills said it feels a bit like déjà vu. The mayor and police chief announce what neighborhoods they are focusing on and talk about all the success the program had the previous year.

The program was effective in some areas.

Theft, burglaries, and overall violent crime were down in the targeted neighborhoods during the summer of 2020.

Mayor Bowser explained one of the major contributing factors to the homicide rate is illegal guns.

“It is guns, but it is also the people who will use guns and the places where they’re most likely to use guns,” Mayor Bowser said.

The mayor previously implemented the Building Blocks program which aims to tackle gun violence from a public health approach. It is hyper-focused on high-crime neighborhoods.

“Let’s ask the people what we need to do,” Wills said.

Wills told WUSA9 the city needs to do more by giving community leaders a bigger seat at the table to finding solutions. This includes better education opportunities, places and activities for young people, and ways for people to overcome poverty.

“Robberies and crime happen because people don’t have the money to take care of their families,” he said. “If you start giving people jobs and employment, the crime will go down. It’s just that simple. If you’re in a better spot in your life, you don’t have to resort to crime, robbing and killing people because you’re working.”

The summer crime initiative will last through Aug. 31.

The Acting Police Chief Contee said while it is important for the local government and police to do their part in stopping the homicides, it is just as important for the public to speak up when they hear or see things happening in their neighborhoods.