Police say they believe Leo Ted Pintor kicked in the door of an apartment and shot dead his estranged wife and another man. 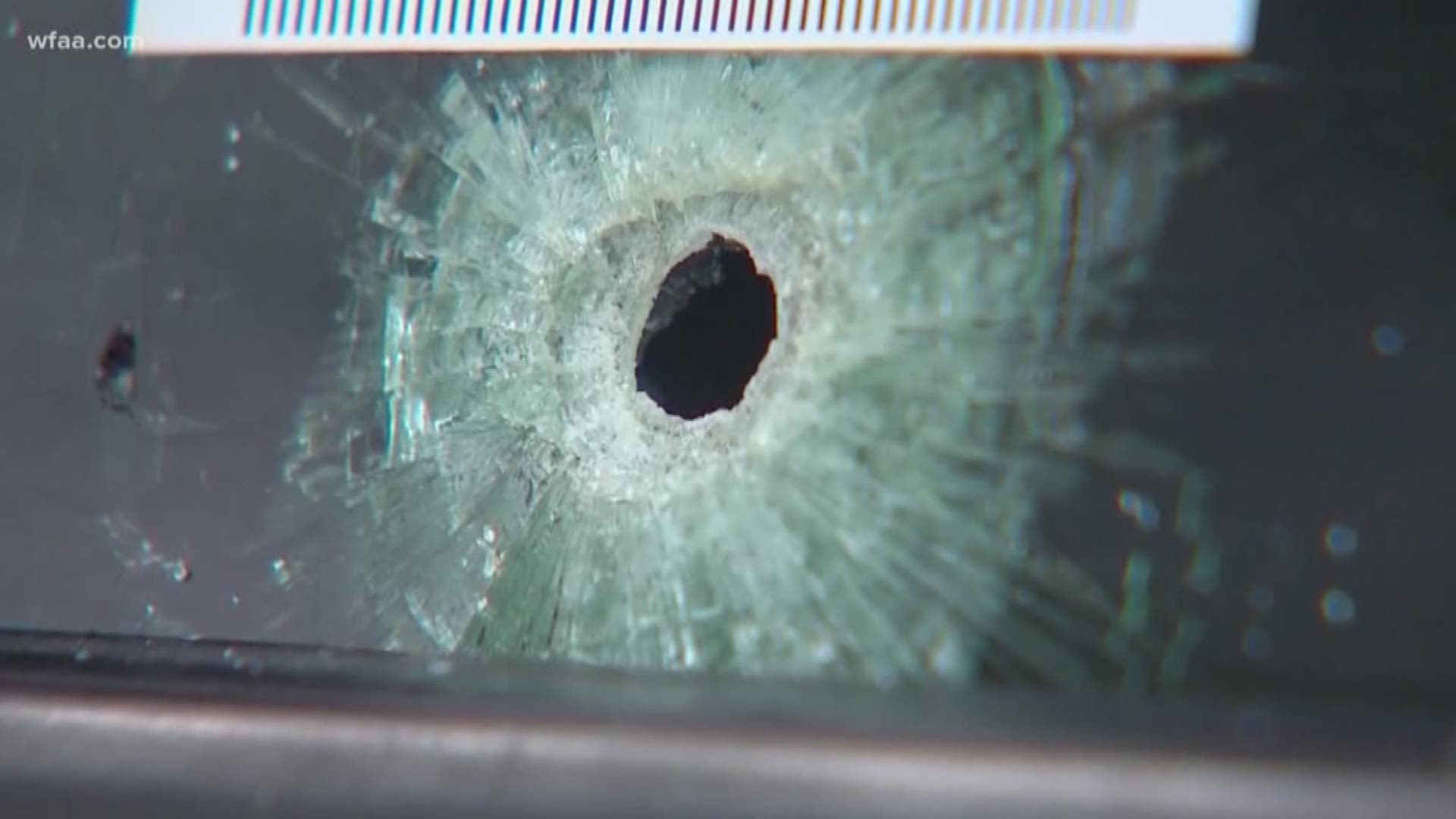 DALLAS — Police have charged a 40-year-old man with capital murder in connection to a shooting that left two dead early Friday morning inside a Dallas apartment.

Fredi Mercado, 31, and Urania De Jesus, 34, were found shot dead at about 3:11 a.m. Friday, after Dallas police responded to an active shooter call at the Coronado Apartments in the 7400 block of East Grand Avenue.

A witness told investigators they saw the suspect kick in the door of the apartment before the sounds of gunshots were heard, according to an arrest warrant. The witness was able to describe the clothing the man was wearing, which police said matched items worn by Pintor when authorities later located him.

According to the warrant, during their investigation, detectives discovered Pintor was in the midst of a divorce with De Jesus, who had filed a protective order against her estranged husband. The order was active at the time of the shooting.

Authorities said Pintor had a history of family violence and was known to have a gun.

Family members told detectives that Pintor called them two hours after the shooting and told them he "messed up" and needed them to look after his children.

Police said Pintor refused to cooperate with investigators. Friday, he was transported to the Dallas County Jail on a charge of capital murder.

Mercado and De Jesus were two of five people killed in the city of Dallas in less than a one-week period.

During the mid-evening hours on Thursday, the day before the double homicide, a 26-year-old man, identified as Marvin Terrell Tunley, was shot in a grassy area in the parking lot of the Rosemont at Sierra Vista apartments off Scyene Road. He was transported to an area hospital, but died from his injuries.

Earlier Thursday, at 10:04 a.m., another man was found dead after police received a welfare check call from someone who reported a strange smell coming from a residence in the 2100 block of Lucas Drive.

Upon arriving at the scene, police forced their way into the residence, where they found 47-year-old Andy Longoria dead.

On Tuesday, a 17-year-old male was found dead with a gunshot wound to the head inside a truck at about 5:14 p.m. in the 3600 block of Cedar Lake Drive. Police didn't identify the victim.

Anyone with information regarding the unsolved homicides is asked to call Dallas police or contact Crime Stoppers at 214-373-TIPS (8477).

RELATED: Four out of five people killed this week in Dallas were Latino