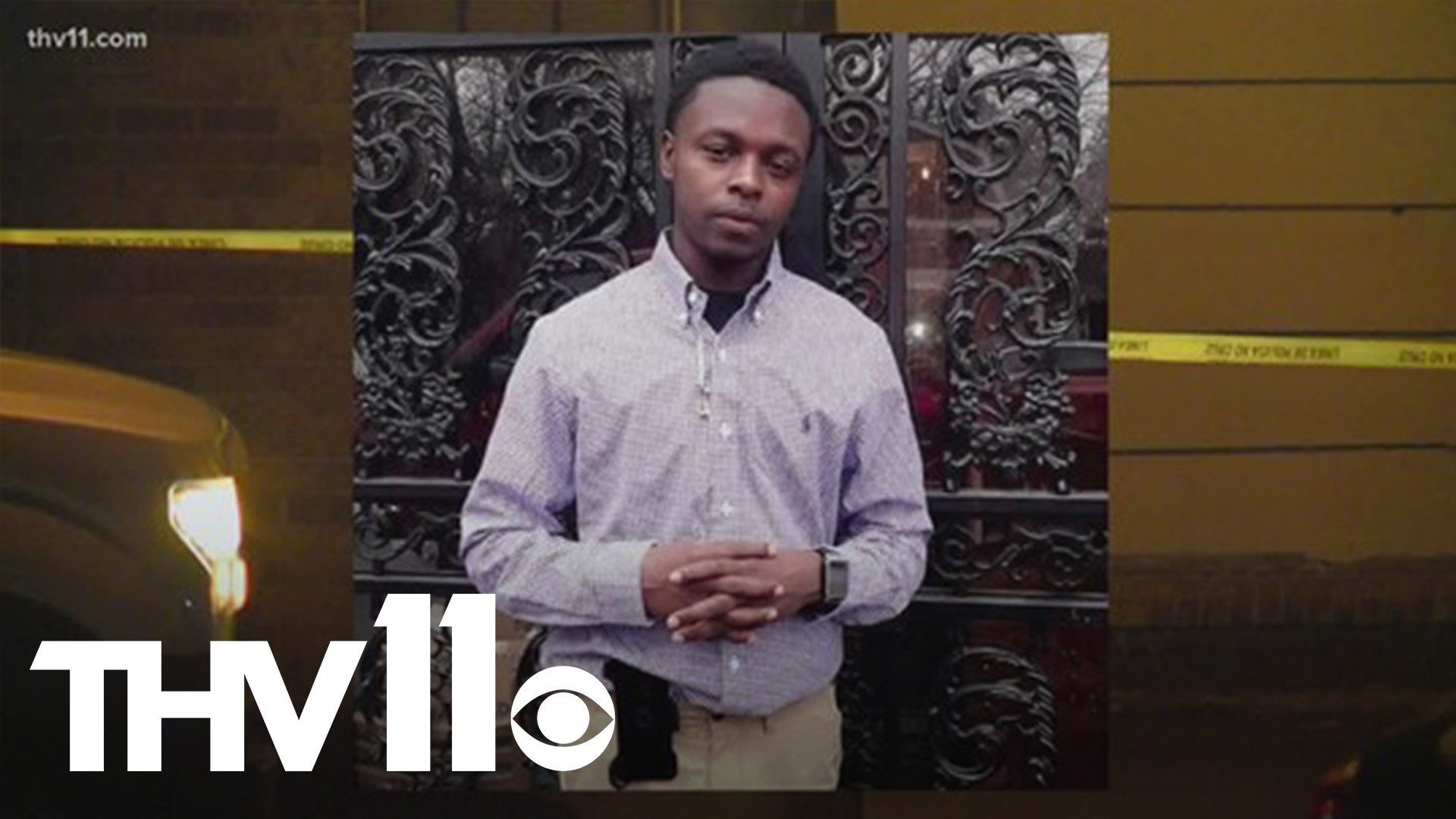 LITTLE ROCK, Ark. — Last week Little Rock police identified 23-year-old Alexander Davis as the man found shot dead on Eagle Drive. His family is laying him to rest Saturday, and according to them, they still don't have closure for his death.

Davis's mother, Brandy Baker, says she doesn't understand how anybody could kill a man with a good heart. She says he was just serving turkeys for others the day before he was shot.

"I still don't even like to talk about it," said Baker. "I kept him on his toes. I guess he kept me on mine because I’m still waiting for him to walk through the door and see if he'll open that door and say ‘Mama’ with that crooked smile he has.”

Family members say they rushed to the scene to see dozens of people already there. Many of them saddened by Davis's death. Other flooded his Facebook page to comment under his last post.

According to Baker, her son wasn't a part of a gang or involved in any illegal activities. She doesn't understand what the cryptic message meant or who would want to hurt her son.

"He wrote that right before he died earlier that day. He died that night," she said.

Baker was surrounded by family before going to view Davis's body in a wake Friday afternoon.

Stephanie Newton is Davis's aunt and says there were so many people that poured theirs hearts out on social media about her nephew. She says he was well liked and well known by many.

“He never met a stranger. Everybody he ran in contact with that he came in contact with he considered them an associate or a long life friend and he could remember people," said Newton.

Kaneika Miller is Davis's cousin and says it's time for everyone to put the guns down.

“Life is not a game. You shouldn't have to go anywhere and worry about someone taking your life. We want justice. We the police, the people that we pay our taxes to, to find out who killed our cousin," said Miller.

"Believe me I’m not resting until we get justice,” Newton added.

The case is still under investigation. If anyone has any information about Davis's death, please contact the Little Rock Police Department.