The FBI specifically mentioned Benton, Madison and Washington Counties as locations where the illegal activity is happening. 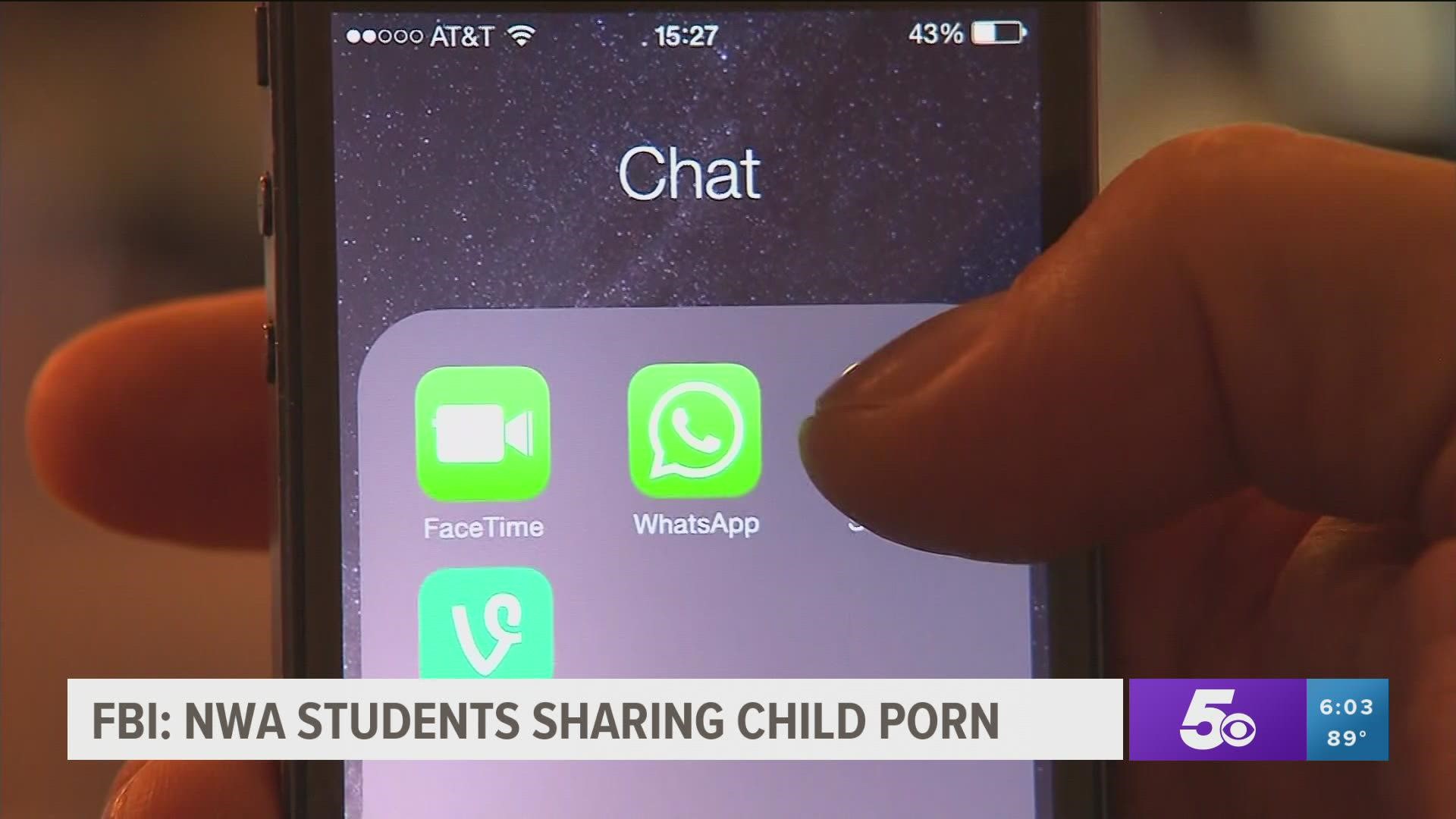 FBI Investigators started receiving tips that these images were being shared a few weeks ago and it’s depleting their resources from helping those who need it most. They say for teens to knock it off.

Hagan specifically mentioned Benton, Madison and Washington Counties as locations where the illegal activity is happening.

“If they don’t knock it off, they are going to have an agent that’s coming to their house with the bunch of other investigators at 2 a.m. and waking up them and their parents and putting cuffs on and that is a situation that no high school student wants to be in. That’s a situation no FBI agent wants to be in either,” Hagan said.

He says parents need to be aware this is happening and to monitor their children’s devices and if you come across something that’s concerning to call law enforcement. He says this is a very serious crime and can land you in federal prison for a minimum of five years for your first offense.

“We are asking parents to really understand that we know that kids are using apps like Snapchat to distribute these images and it’s a trend that’s completely unacceptable. No high school students should be possessing or distributing child pornography or child sexual abuse images,” said Hagan

Hagan says teens may think they are being clever by using apps that hide images or features in Snapchat like my eyes only that requires a pin but says they’re the FBI and they are going to find it and trace it back to you.

Natalie Tibbs is the executive director for the Children’s Advocacy Center of Benton County and says it’s incredibly disheartening when children are exposed to things beyond what their developmental age can really comprehend.

“Once children get these types of images in their head, they don’t go away, you can’t just erase them from your memory and it only truly opens up additional curiosity," said Tibbs. "Most children aren’t going to see something they aren’t supposed to and go, oh, I shouldn’t see that, or I shouldn’t be looking at this. It just creates more curiosity."

The Benton County Sheriff’s Office in collaboration with the Bentonville School District are giving parents the opportunity to learn about online criminal activity that could impact their children. They are hosting two lunches and learns for parents at each high school starting next week.

It's unclear at this time if schools in the region are taking actions to combat the spread of illegal images among students.

Hagan says more information into the matter will be released soon.

This is a developing story. Please check back for updates.