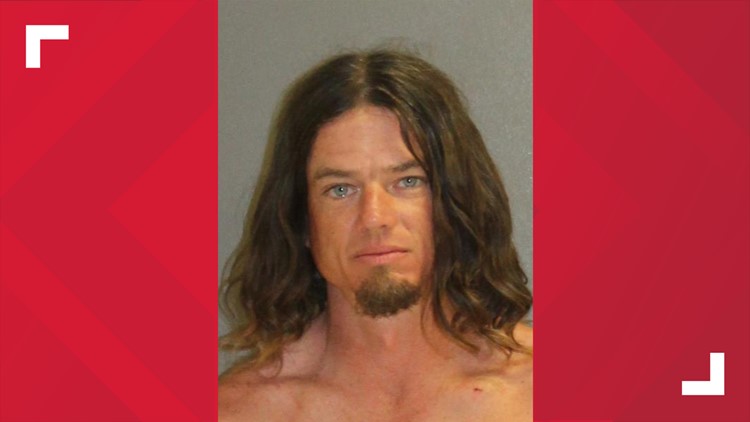 DAYTONA BEACH, Fla. — A Daytona Beach dad is facing charges after police say he threw his 5-year-old son into the Atlantic Ocean to "teach him to swim."

Officers with Volusia County Beach Safety said John Bloodsworth, 37, didn't try to help the boy back to shore even though the child didn't know how to swim. Officers said Bloodsworth was intoxicated and was "creating a public disturbance while endangering his child," according to an arrest report.

According to an arrest report, Bloodsworth was seen doing backflips off the Main Street Pier into the ocean while watching his son struggle in the water.

Officers said before Bloodsworth could be read his Miranda rights, he said he was "teaching his son how to swim."

When officers put Bloodsworth in the back of a patrol car, Bloodsworth said he wanted to be let go but would not provide information on anyone who could come care for the child, according to the arrest report.

The report said officers told Bloodsworth the child would be turned over to the Department of Children and Families, and Bloodsworth said he didn't care where the boy went since he was going to jail.

Officers said the child didn't show any signs of injuries or "near-drowning." The child was crying but standing on his own while several witnesses tried to comfort him and dry him off, the report said.

Bloodsworth was charged with aggravated child abuse of a child resulting in physical/mental injuries, disorderly intoxication and swimming within 300 feet of a pier on a Volusia County Beach.