Tyshon Dye was a member of Clemson's 2016 squad that, according to Clemson Athletics, secured the program's second national championship. 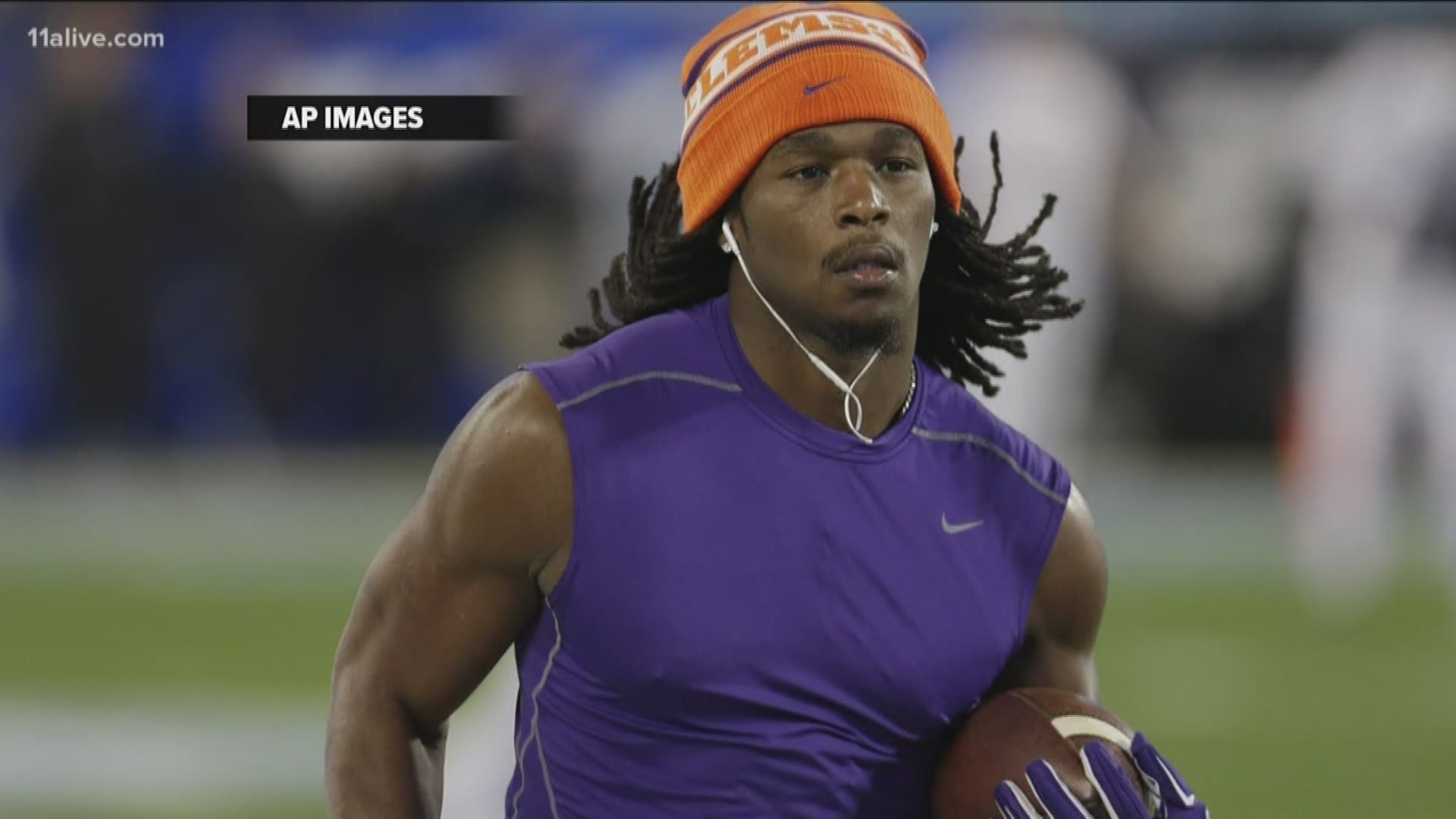 ELBERTON, Ga. — A former Clemson player from Georgia has died in a park in his hometown.

The family called 911 around 5 p.m. and rushed to help him but couldn't get him out of the water.

“All of our hearts are just broken,” Head Coach Dabo Swinney said in a written statement. “Our thoughts and prayers are with his family. I can honestly say Tyshon Dye is one of the sweetest souls I’ve ever been associated with or coached. We’re just all heartbroken tonight, and we’re praying for his family and know that he’s been called home.”

Dye was a member of Clemson's 2016 squad that, according to Clemson Athletics, secured the program's second national championship.  He appeared in seven games that season, the department stated, and recorded 53 offensive snaps. He also accrued 109 yards on 21 carries.  He also scored a rushing touchdown in the Clemson road win against Boston College. He appeared in 17 games with the team in all before graduating with a degree in recreation and tourism management.

He moved on to play with East Carolina in his final year of eligibility recording 217 rushing yards on 50 carries and six receptions for 56 yards in 2017.

'He's clinging to his life': Family of homeless man shot in head by deputy praying he pulls through