Three friends were shot and killed on a fishing trip in Frostproof, and now Sheriff Grady Judd says he's arrested those responsible. 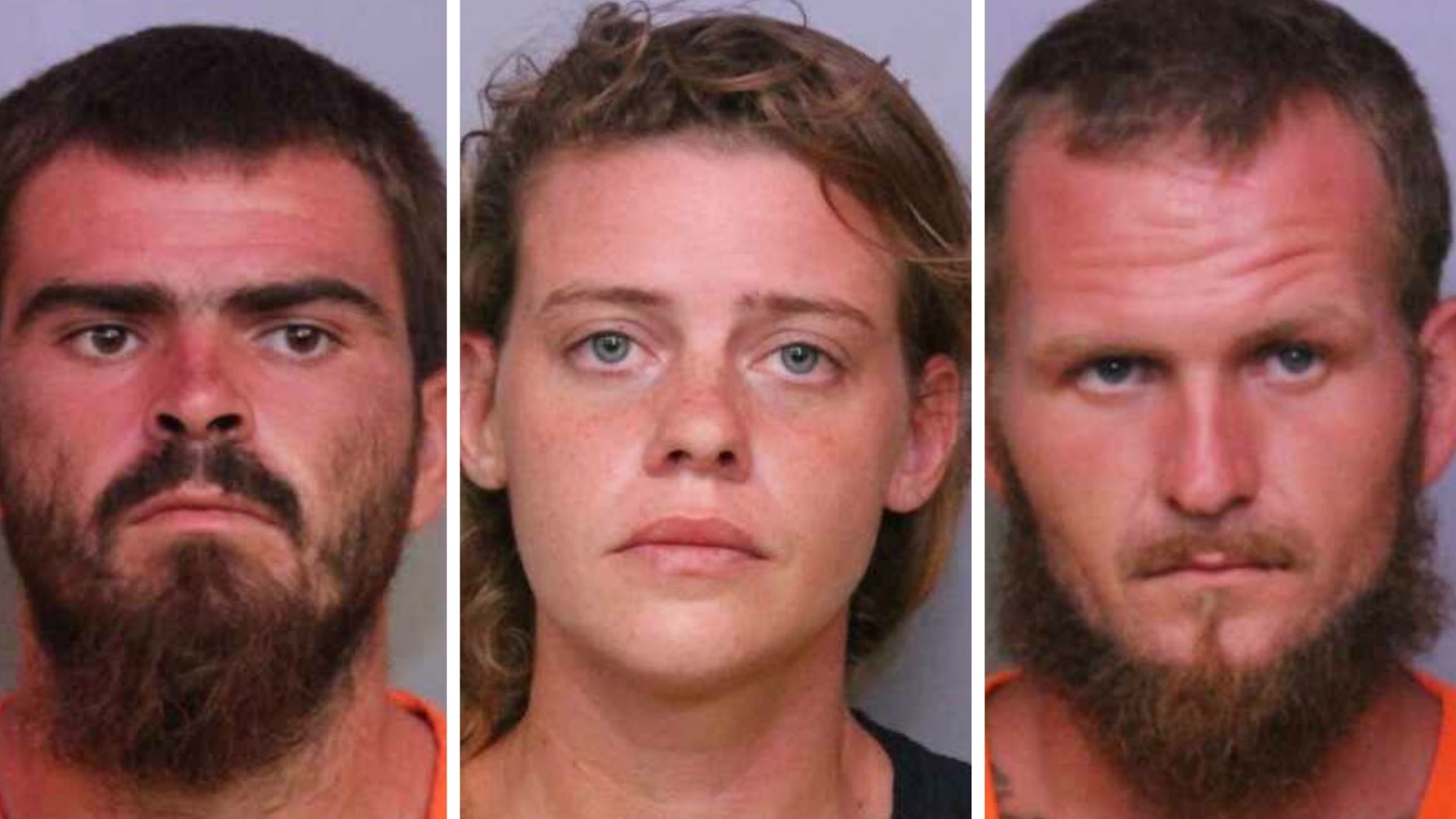 FROSTPROOF, Fla. — Five days after the "massacre" of three friends on a fishing trip, Polk County Sheriff Grady Judd announced he believes he has caught the people responsible.

Judd says his deputies have arrested a woman, her boyfriend and his brother in connection with the horrifying scene on July 17 in Frostproof.

Judd said as soon as the phone lines were open for tips in the case, deputies had to hire more help to answer calls. There was one name people kept saying they should look into: TJ Wiggins.

Detectives say TJ and Robert saw one of the victims, Damion Tillman, 23, at a Dollar General Friday evening. They, and Whittemore, allegedly followed the two pickup trucks that had the three victims – Damion, Keven Springfield, 30, and Brandon Rollins, 27 – inside.

Judd says the trio pulled into the area where the victims were planning to go night fishing off Lake Streety Road.

While Robert stayed in the truck with Whittemore, authorities say TJ got out and confronted Keven Springfield – yelling at him and punching him. He reportedly accused Springfield of stealing his truck.

As the shouting continued, Judd said Rollins and Tillman got out of their truck.

Detectives say TJ shot Tillman, Rollins and Springfield, then asked Robert to help him put Tillman’s body into the back of one of the trucks.

Rollins survived long enough to call his dad for help. His father sped to the scene, arriving just before he died.

"You can't imagine the horror of a dad who finds his son shot up," Judd said.

Before the dad got there, the Wiggins brothers and Whittemore drove to a McDonald’s and ordered 10 double cheeseburgers and two McChicken sandwiches. They went home and ate, authorities said.

Detectives say Robert had his truck washed the next day in Lake Wales.

On July 20, detectives executed a search warrant on a piece of land with trailers where the suspects lived on Sarver Avenue near Sand Dollar Street Street in Lake Wales. They say they found two SKS rifles, two Mossberg shotguns, and ammunition in a gun safe belonging to TJ.

According to Judd, TJ is a convicted felon and was immediately arrested for possession of a firearm and ammunition. TJ’s criminal history includes 230 felonies, 15 convictions and 26 misdemeanors. He’s been to state prison twice. And, Judd said his previous charges have included assault and battery, armed burglary and weapons violations.

TJ was out on bond for breaking someone’s arm with a crowbar at the time of the murder, according to Judd.

"He's the kind of guy who would punch you in the face for no reason," Judd said.

Whittemore and Robert didn't have a criminal history.

Investigators interviewed all three suspects and said their stories were “inconsistent and contradicting.” Neither TJ nor Mary is cooperating, authorities said.

RELATED: Reward increased to $30,000 for information about 3 friends 'massacred' in Polk County