An unknown confederate solider statue and several headstones were found damaged at the Oakland and Fraternal Historic Cemetery Park in Little Rock. 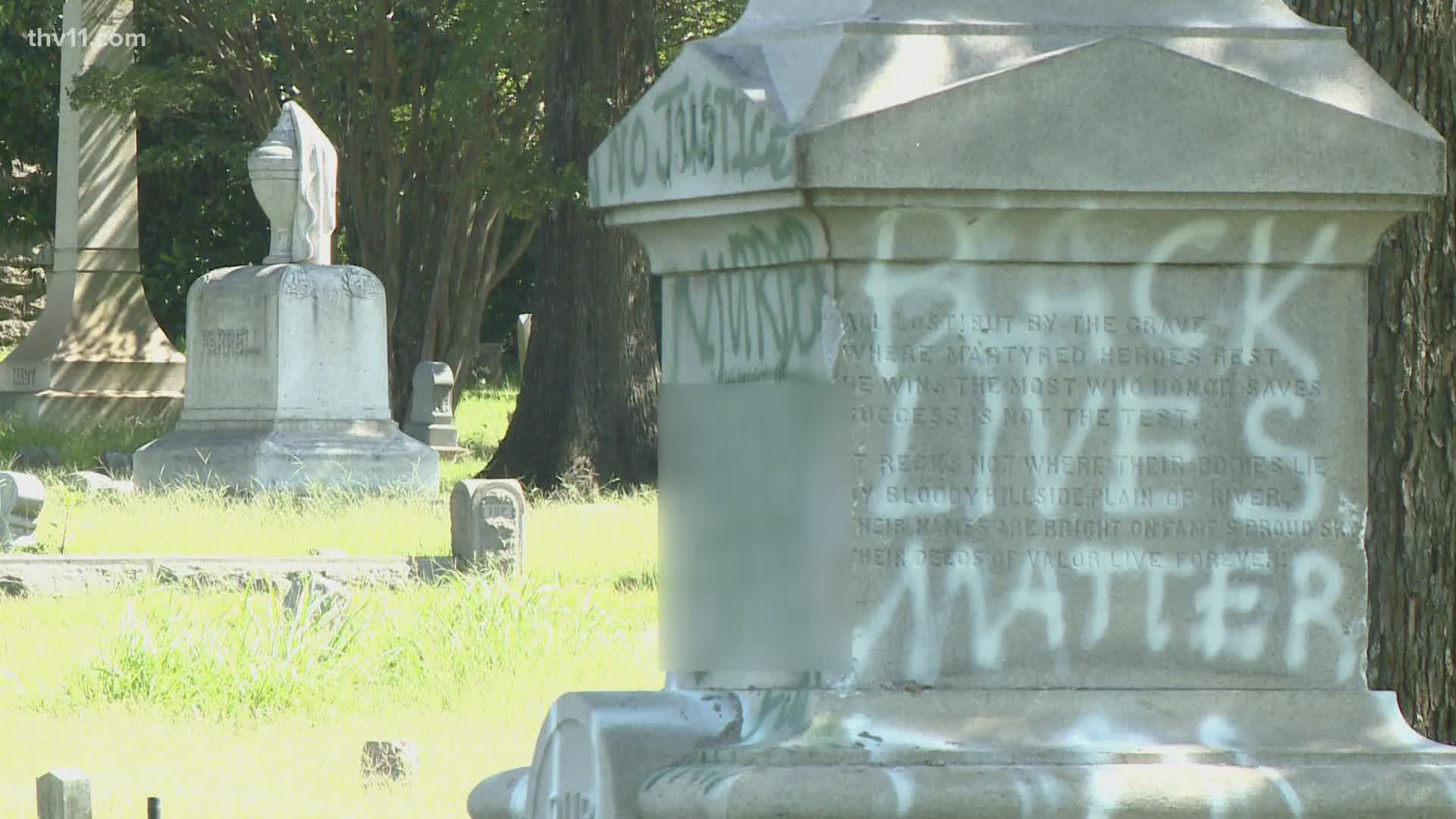 LITTLE ROCK, Arkansas — According to the Little Rock Police Department, an unknown confederate solider statue and several headstones were found damaged at the Oakland and Fraternal Historic Cemetery Park in Little Rock.

One headstone was found turned over and others were found with the word 'Confederate" scratched out with some type of cutting tool.

All nine headstones cost $1,600, according to Rains.

A large obelsik was made out of granite and Rains said the monument was placed in 1913 and is irreplaceable, as it is listed as a national historic place.

Police said there was a pile of ash near a small tree from a fire that was attempted, but nothing was damaged.

Rains said he placed three cameras on that area a few weeks ago, but two of the cameras had been taken down. The third camera did not capture anything. The two camera were located after the search, and appears to have been thrown in the cemetery.

After police reviewed the camera footage from the SD cards, it showed two males arriving at the location at 1:40 a.m. on Thursday, July 9.

Police say in the video, it appears the two suspects climbed the obelisk and attempted to use a ratchet strap and vehicle to pull the obelisk down. There were tire tacks with two divots located where the wheels spun in from of the obelisk.

In pictures, one suspect was seen talking on a walkie talkie to someone out of view. The pictures show that the obelisk was undamaged until 10 p.m.

Police located a glove, chain, plastic from a master lock and a used face mask.

The master lock packaging had latent prints on it.

The cemetery has been there for over 150 years.