The deputy was providing traffic control for an accident on the North Loop near Ella when he was rear-ended. 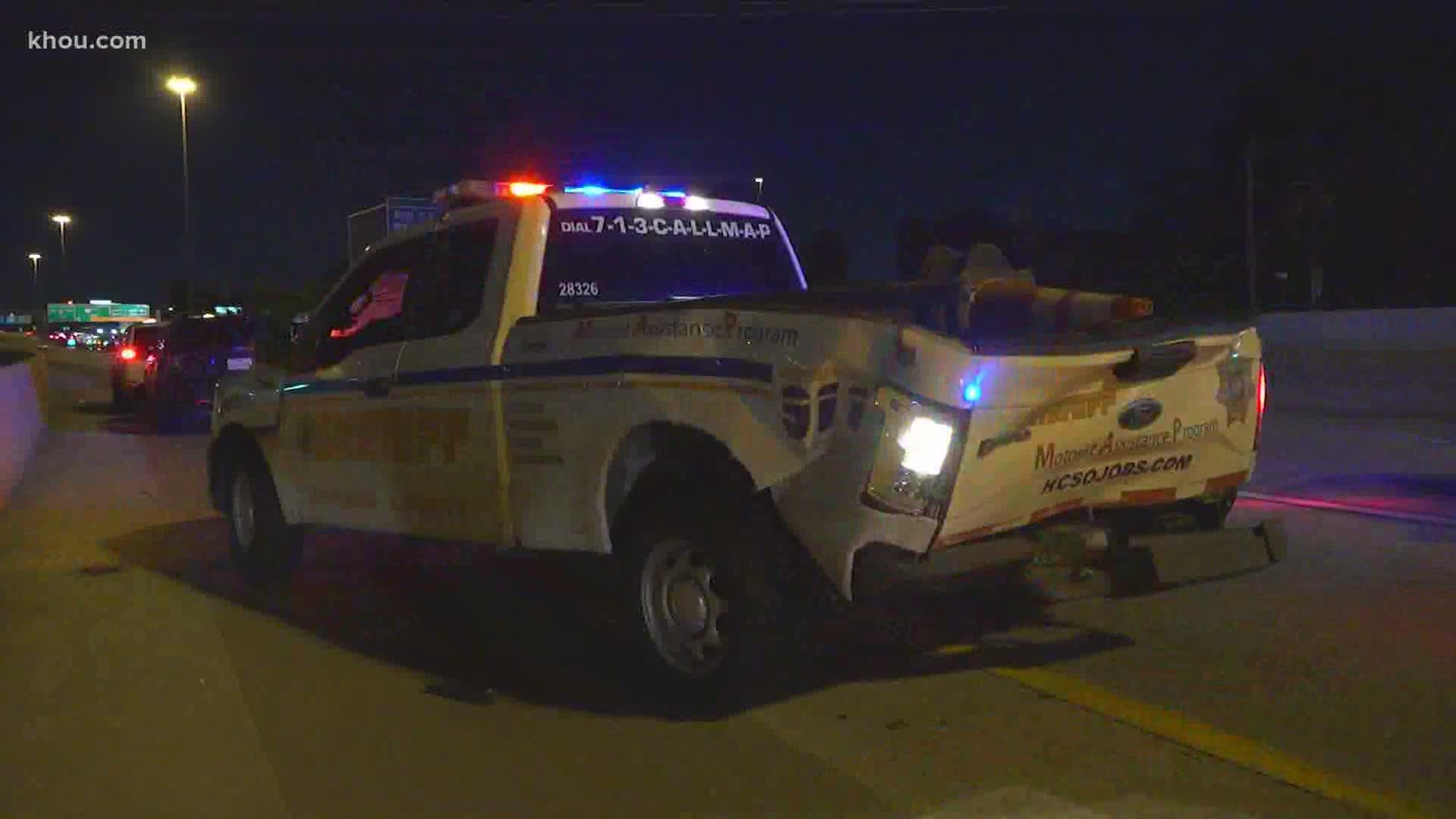 HOUSTON — A Harris County Sheriff's deputy was hospitalized Thursday night after he was rear-ended by a suspected intoxicated driver on the North Loop.

The deputy -- who is apart of the Harris County Sheriff's Office Motorist Assistance Program -- was providing traffic control for an accident on the freeway near Ella.

At some point, a driver slammed into the back of the deputy's patrol truck.

Investigators said the driver was speeding and after the crash, he refused to cooperate with law enforcement on scene.

Our camera crew captured the driver being detained and put into the back of a patrol car.

He was suspected to be intoxicated.

The deputy was taken to a hospital as a precaution. He was alert and talking when put into an ambulance.

Deputies apart of MAP typically work from 6 a.m. to 10 p.m., but the program recently shifted to a 24-hour service as an experiment.

Check back for any updates on this story.