Police say the trash bag was placed into the back of a pick-up truck by an unknown individual. 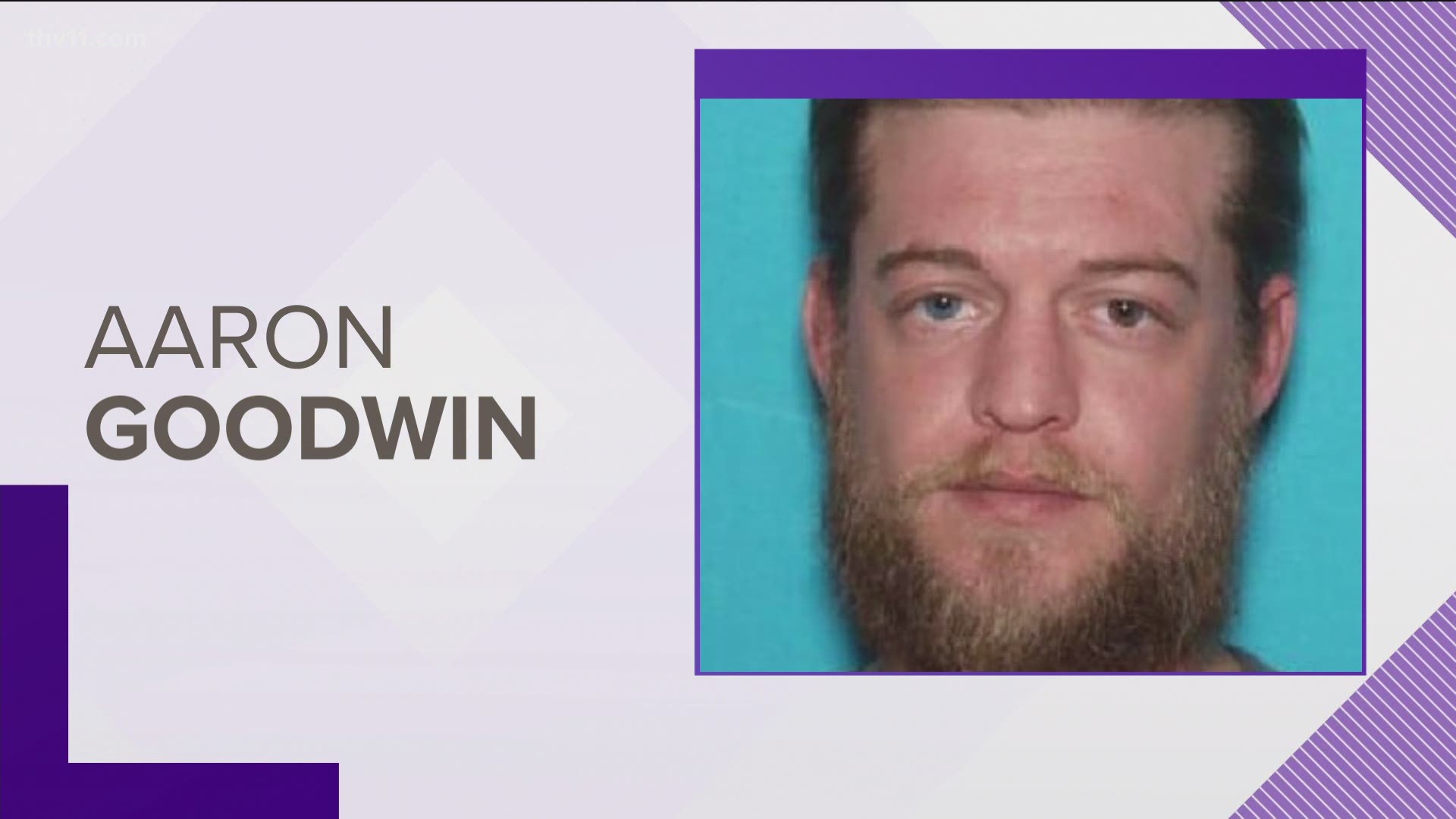 HOT SPRINGS, Ark. — According to the Hot Springs Police Department, officers responded to the Wal-Mart on Malvern Avenue around 12:35 p.m. on Wednesday in reference to a suspicious package.

Upon arrival, police found possible evidence in a trash bag in the back of a pick-up truck.

HSPD confirmed Thursday that Missouri Highway Police are looking for 38-year-old Aaron Goodwin for felony abandonment of a corpse and that it is in relation to the evidence found outside the Wal-Mart.

Police describe Goodwin as a white male who is 5'8" tall and weighs 140 pounds with brown hair. He has one blue eye and one brown eye.

Goodwin was last seen on Oct. 27 at 8:20 p.m. near Central Avenue wearing light-colored pants, a black sweatshirt, a black ball cap, a backpack, and had a beard.

According to HSPD, he is considered armed and dangerous.

Police say they obtained video surveillance of the trash bag being place into the back of the truck at a local hotel the night before by an unknown individual.

Police later discovered the evidence is connected to a homicide case in Deerfield, Missouri.

If you have any information on the whereabouts of Goodwin or information that could help the investigation, contact your local law enforcement, Hot Springs police or dial 911.