Acting U.S. Attorney David Clay Fowlkes has denied Duggar's request to delay his trial until 2022 but did not oppose waiting until the fall of 2021. 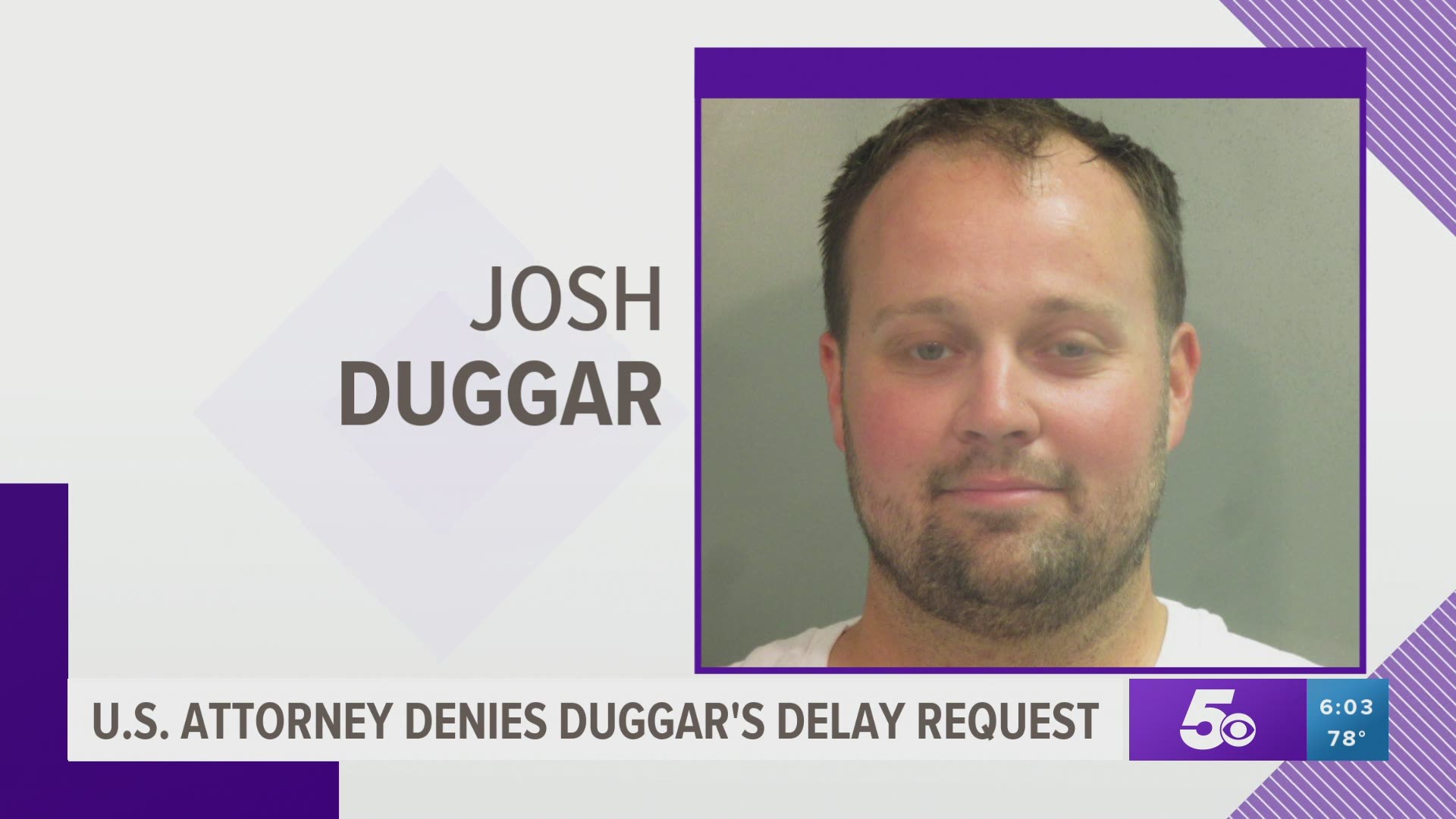 Duggar's trial was initially scheduled to start on July 6, 2021.

Homeland Security agents allegedly caught Duggar viewing child pornography on a computer at his used car dealership in Springdale back in 2019.

He was arrested at the end of April 2021 and released to stay with third-party custodians ahead of his trial. He is allowed to visit with his children, but only when his wife is present.

In Monday's (June 21) decision to not delay the trial, Fowlkes stated: "WHEREFORE, the United States does not oppose an approximately three (3) month continuance to allow for the defense hired expert to complete a review of the digital evidence, but maintains that the request for a continuance until February of 2022 is unsupported and would result in unnecessary delay."

Duggar's attorneys, Travis Story, Greg Payne and Justin Gelfand, have said their client intends to plead not guilty to the charges.

Stick with 5NEWS for the latest developments on Duggar's trial.