Kristy Schneider, the former adoptive mom of Louie, has pled no contest to endangering the welfare of a minor and will serve four years probation. 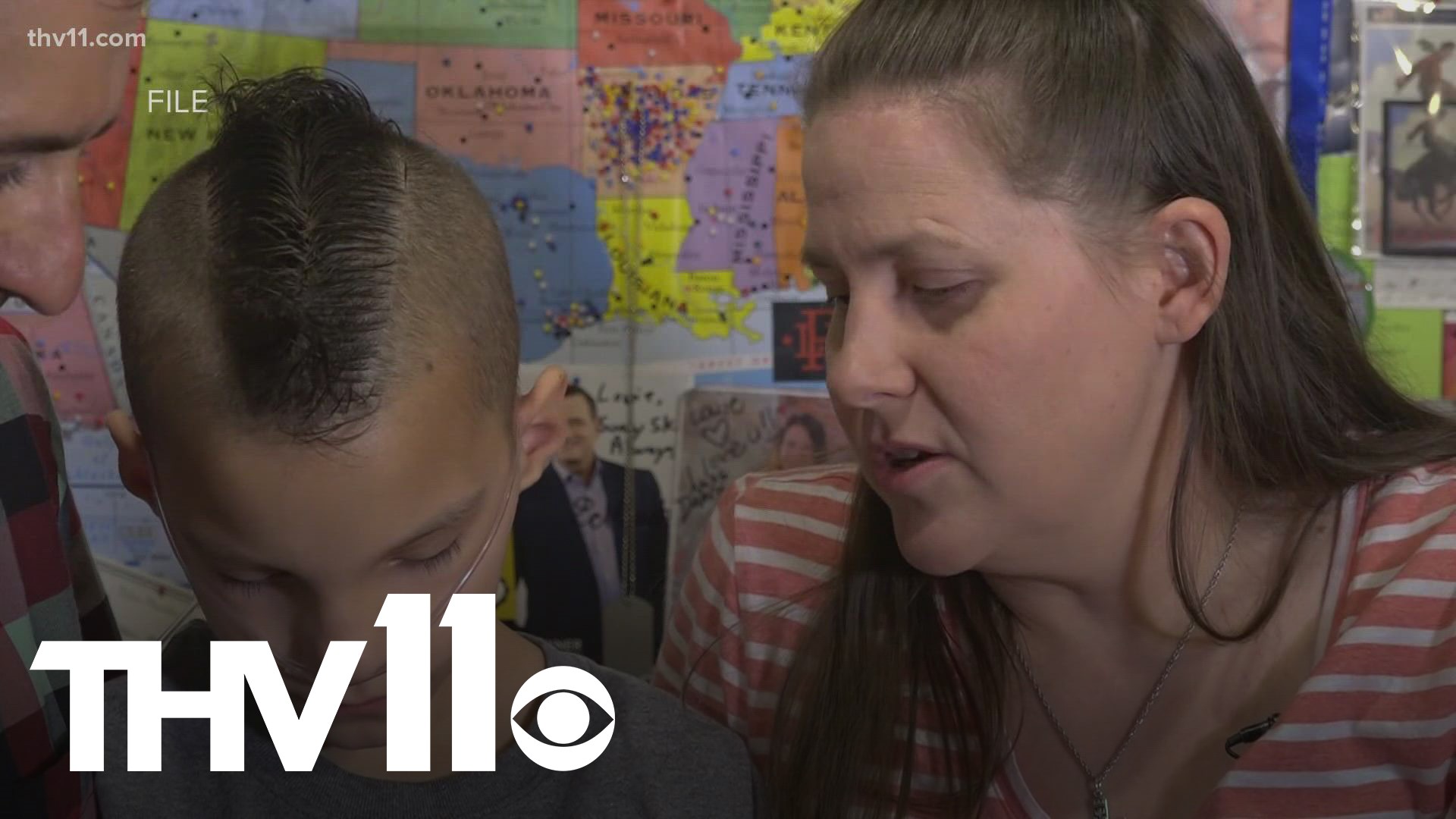 Kristy Schneider, the former adoptive mom of Louie, has pled no contest to endangering the welfare of a minor and has taken a plea deal of four years probation, a $1,500 fine, and can't contact Louie unless it is authorized by the court.

Schneider's crimes are related to and have been described in proceedings as Munchausen syndrome by proxy, known as an instance in which a person conjures or directly causes an illness or injury to someone under their direct care.

Charges were first filed in Saline County on July 26 against Schneider and she turned herself in the next day.

If she violates the conditions of her parole she will have to serve up to six years in prison and face a $10,000 fine.

Schneider and her husband also face a lawsuit filed by Arkansas Attorney General Leslie Rutledge for accepting donations on behalf of Louie under false pretenses.

According to the lawsuit against Schneider, she allegedly accepted charitable donations and benefits from nonprofits and communities in Arkansas and around the world while falsely presenting the nature of Louie's illness.

In particular, the documents list Project Zero, an Arkansas-based nonprofit that specializes in helping children in foster care find a home, donated gifts, meals, and gift cards worth over $1,600 and $1,500 in cash in 2019.

While Louie "appeared to be battling for his life, and doctors around the country struggled to understand his medical condition, the kindness of Arkansans and others was on full display," the lawsuit states.

According to the suit, neighbors of the Schneiders also raised over $10,000 on behalf of Louie's medical expenses and for the family from donations around the world.

Officials said that she "unlawfully and purposely" committed the crime from 2017 until 2019 by "creating a substantial risk of death or serious physical injury" for Louie.

"She presented false information to medical experts which led to unnecessary medication and medical procedures being administered," the court document stated.