The attorney who leaked the video of Ahmaud Arbery's killing says his community was being "ripped apart." 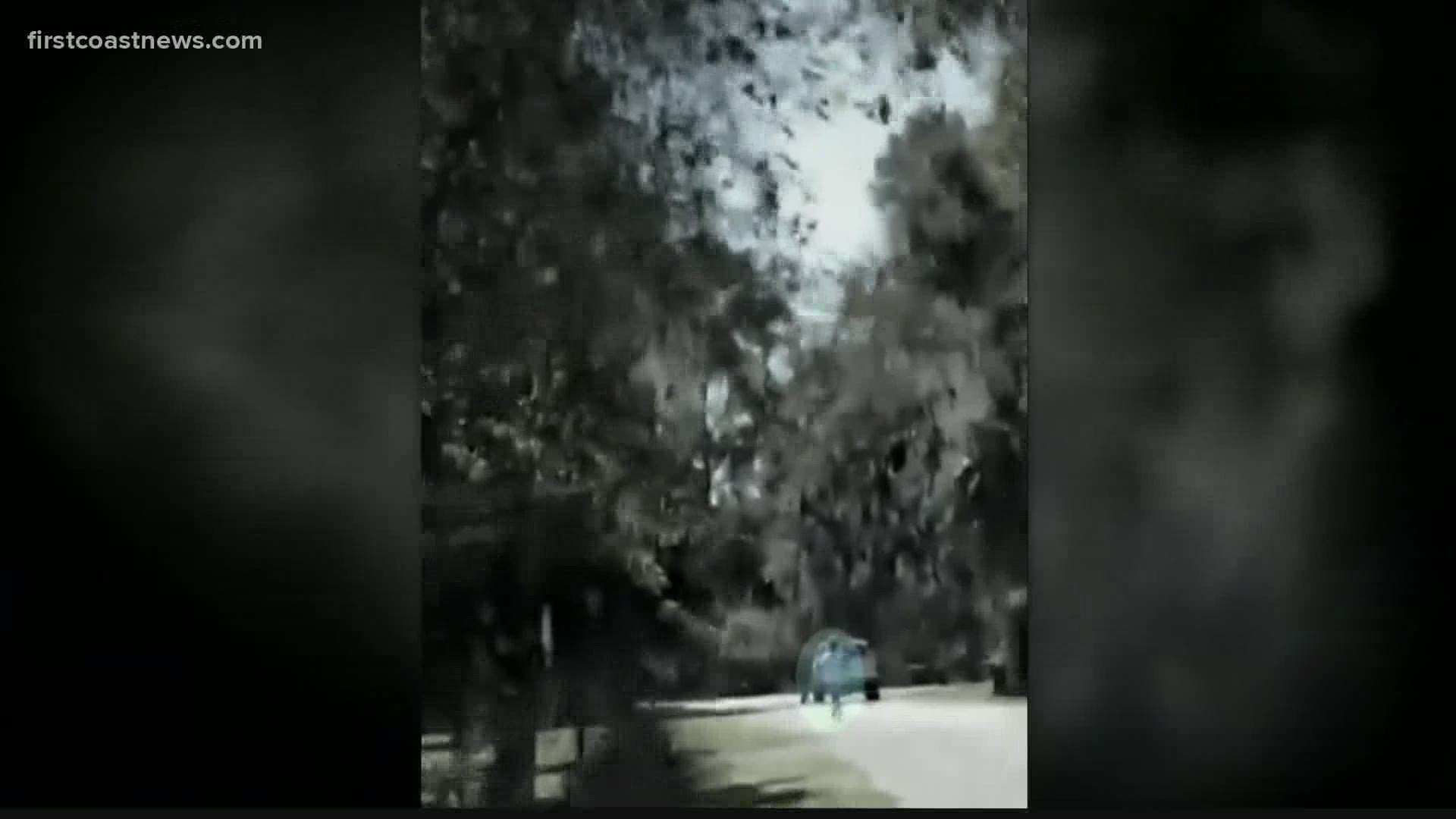 BRUNSWICK, Ga. — The attorney who leaked video of the shooting death of Ahmaud Arbery says he did so in order to provide "absolute transparency" in the case.

The video ignited a firestorm of criticism and national attention, and appears to have pushed prosecutors to commit to bringing the case before a grand jury.

Alan Tucker does not currently represent the two men involved in the Feb. 23 shooting, neither of whom have been charged with any crime. But he has been publicly aligned with them.

Earlier Thursday, Tucker told First Coast News he has not been formally retained to represent Travis and Greg McMichaels because no charges have been filed against them and no arrests made in the case. The McMichaels have not commented publicly on the case.

Questions about why he leaked the video, since it seems to have generated even more controversy around the shooting and possibly more trouble for the McMichaels, have swirled in recent days.

In a statement issued via email Thursday afternoon, Tucker said, "I didn't release this [video] to 'show that they did nothing wrong,' as is being circulated. I was raised in this community. I love this community ... My sole purpose in releasing the video was absolute transparency because my community was being ripped apart by erroneous accusations and assumptions."

Tucker told First Coast News the Georgia Bureau of Investigation asked Travis McMichael for a statement, but he advised him to stick with the statement he gave police and "to keep his mouth shut."

He said the McMichaels have cooperated fully with the investigation, and that "the video has been in possession of police since day one."

This is Tucker's full statement to the media:

"Throughout my 39 year career as a criminal defense lawyer, I have rarely commented on or publicly explained any action I’ve taken in my capacity as an attorney. There are times when it is warranted and necessary and this is one of those times.

I released the video of the shooting on February 23 in Satilla Shores. There had been very little information provided by the police department or the district attorney’s office, but there was entirely too much speculation, rumor, false narratives, and outright lies surrounding this event. I didn’t release this to “show that they did nothing wrong” as is being circulated. I was raised in this community. I love this community and have spent my career helping people in this community. My sole purpose in releasing the video was absolute transparency because my community was being ripped apart by erroneous accusations and assumptions.

My firm has not been retained to represent anyone in this case. We may be, we may not be. If we are, then I will uphold my responsibility to my client the same as I have my entire career. I will ensure my client has a fair trial in a court of law, not on social media or in the newspaper, which is guaranteed under our Constitution. I have represented people from all walks of life charged with many different things and have yet to encounter anyone who doesn’t deserve the fair representation that is guaranteed to all of us as Americans."

UPDATE: Father, son arrested for murder in the death of Ahmaud Arbery in Glynn County

WATCH: Video shows arrests of Gregory McMichael and Travis McMichael, charged with murder in the death of Ahmaud Arbery.

RELATED: Video of Ahmaud Arbery's death was released by the lawyer for the men who killed him, attorney claims