Police say the gunshot was heard off-campus, and school officials say some bullets struck the building. 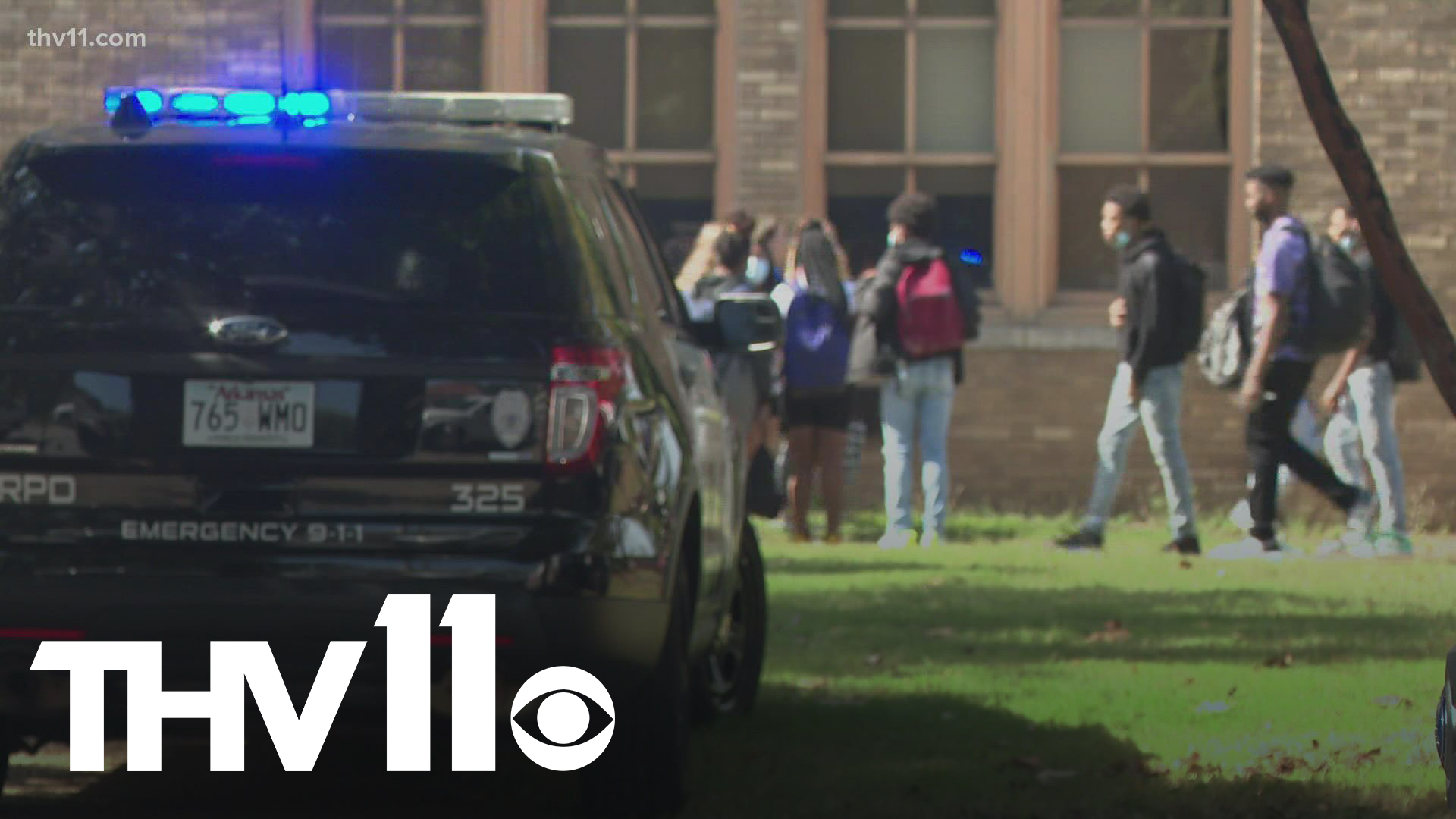 LITTLE ROCK, Ark. — According to Little Rock police, officers are investigating after a gunshot was heard near the Little Rock Central High School campus.

The campus was placed on temporary lockdown while police investigate. Students were then allowed to leave school early.

Little Rock Central Principal Nancy Rousseau in an email to parents confirmed that some bullets struck the building.

During a press conference with LRSD, Superintendent Mike Poore said following the bullets striking the building, the campus then became a crime scene.

“We know that at least two shots came towards this building,” Poore said. He also emphasized that there was no active shooter on campus and no one was injured.

"Everyone is safe"— and the school district said they worked with LRPD to get 2,500 students off campus, Poore said.

LRPD Chief Humphrey said he believes this was not targeted and a random act. Referring to local gun violence he said, “It’s getting old.”

Humphrey said he’s going to recommend this case become federal and said he would want to prosecute to the fullest extent.

Central will be having a virtual day on Wednesday to "assess the incident and its effect" on students, staff, and parents.

The district also said mental health counseling is available tomorrow as needed and if a student did not bring home their computer, the school will work with them on a case-by-case basis.