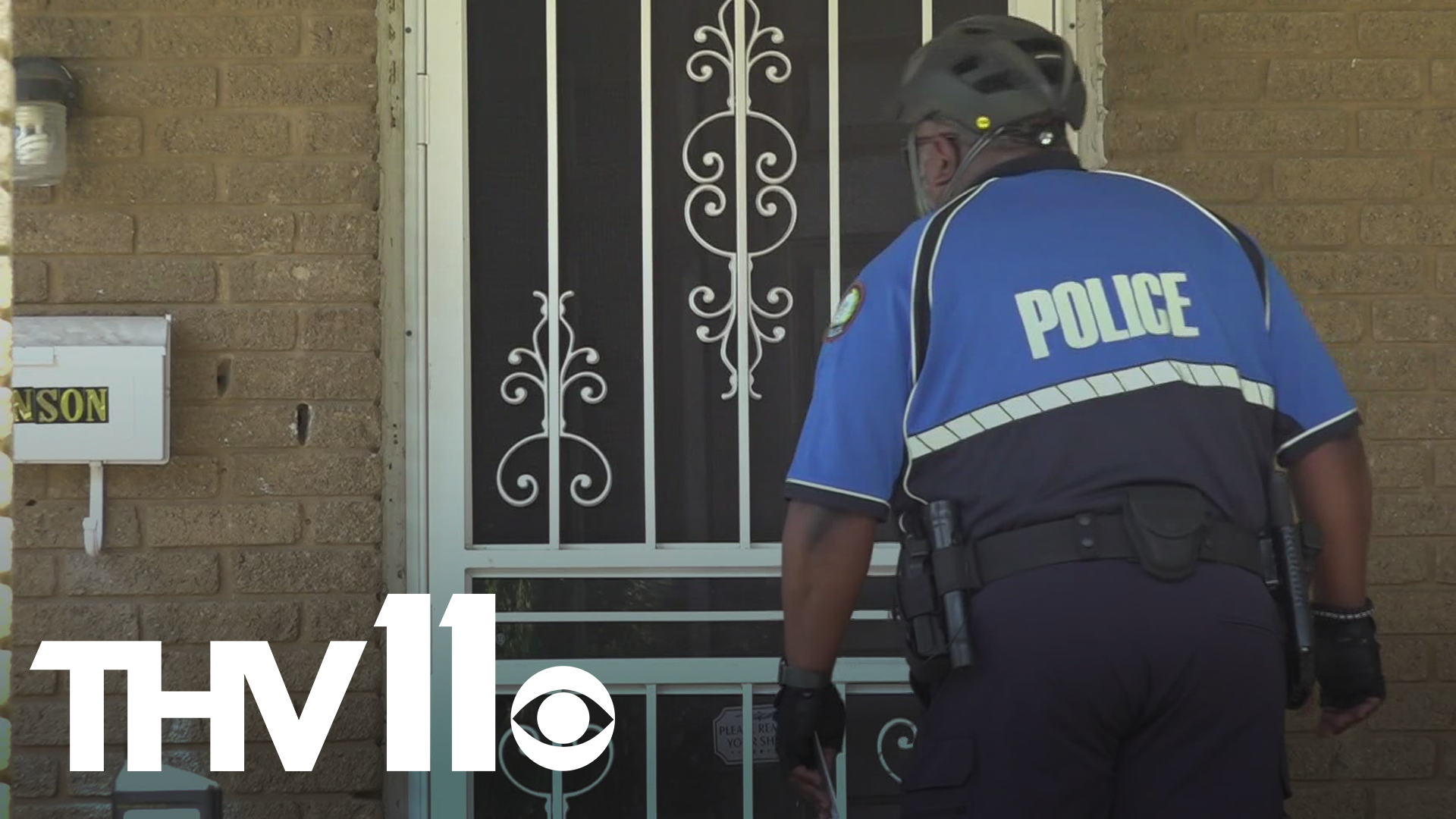 In the first six months of 2021, Little Rock has seen 28 homicides.

Over 60 people walked through areas identified as high crime areas.

"This is personal, it's personal in the sense of reaching out," Middleton said. "So we're letting you know, hey, everything's not bad when it comes to police."

"This is why we're out here doing this," Lieutenant Theddus McRae said. "Letting them know we're here, we're here to assist and we're going to do whatever we can to bridge that gap and reduce this violence."

When residents answered the door, they were asked to take a pledge. The pledge consists of a couple points, mostly to do with respecting those around you and to solve issues with words, not weapons.

Residents who took the pledge received a shirt.

"We need help, and it's going to start in the community, that's what we need," Middlton said. "That's why we're out here today, whether it's hot or not or whatever the case may be, that's important how important it is that we need the help."

It wasn't just officers door knocking. Community members were out as well, including Kanisha Hatton.

And while it won't change anything immediately, it's a step in the right direction.