This is our effort to keep the city and public informed on Little Rock's homicides of 2019. 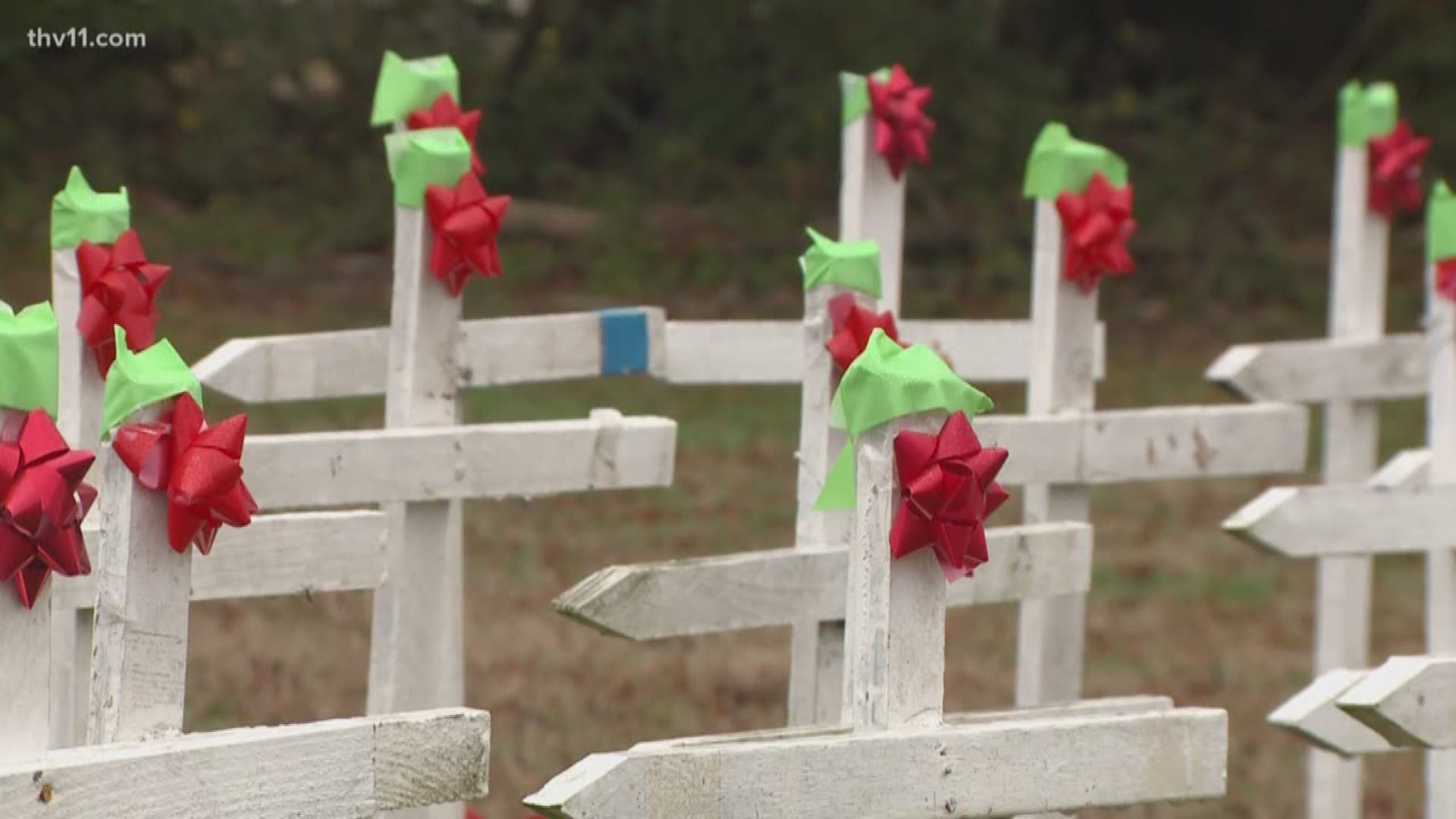 In 2018, the Little Rock Police Department reported 40 homicides in the city of Little Rock, which was a 23 percent decrease compared to 2017. While police have increased the amount of people on the force, Little Rock continues to have a higher per-capita homicide rate than cities with similar populations.

This is our effort to keep the city and public informed. This article will be present on our website throughout 2019. As victims are identified and suspects are charged, we will add to this article.

Currently, police say there are 41 homicides in the city.

Miller was found dead inside the home with a gunshot wound.

LRPD have charged her son with her murder. He claimed he killed his mother because he was physically and mentally abused.

Montrell Burns called 911, saying he had returned home and found two women deceased inside the residence. He was later arrested in connection with the double murder.

Officers responded to a call regarding a shooting that occurred near the Super Stop gas station on Asher Avenue, the investigation is still ongoing.

Detectives believe Thompson's murder to the result of a murder-suicide by her 22-year-old boyfriend, Deaunte Davis.

Neighbors said several men had been fighting and shots were fired. Police arrested 20-year-old Marcus Ervin and has been charged with first degree murder.

Hospital staff informed police a man entered the ER suffering from a gunshot wound where he later died. Deundre Watson, 18, has been arrested and charged with manslaughter.

According to the police, witnesses say a physical altercation took place just before the shooting occurred.

Cooper was found dead by police near the 5100 block of Asher Avenue and another victim was also injured. On October 1, an arrest warrant was issued for Daquayveon Flanagan for the murder.

Burrell was found and pronounced dead at the scene. No suspects have been named at this time.

Pearson was found on a porch at a home on Pulaski Street. He was pronounced dead at the hospital. A suspect has been arrested in the case.

26-year-old Domeque Jones has been arrested as a suspect in the shooting. He has been charged with first degree murder.

No suspects have been named in the shooting of McCoy.

Gant was fatally shot near the 5000 block of West 31st Street. Jessica Nicole Henson, Gant's girlfriend, has been charged with second-degree murder.

Curenton was found and pronounced dead at the scene of the shooting. No arrests have been made.

Maxwell's girlfriend, 34-year-old Lafe Johnson, said she accidentally shot her boyfriend. She was released but police are reviewing the case.

LRPD reported there was a disturbance of some sort just before the shooting. A person of interest was arrested, but there have been no further updates.

Police responded to reports of a shooting near the intersection of 11th and Lewis streets just after midnight.

Robert Johnson is being charged with first-degree murder after police say they found the body of Price at an abandoned house.

Officers found Colbert suffering from stabbing wounds and he was pronounced dead at the hospital. A suspect has been arrested.

Police arrested 42-year-old Torrence Price from Pine Bluff have charged him with three counts of murder. The three victims were found dead from apparent gunshot wounds.

Chambers was found in a breezeway within an apartment complex where he was suffering from "multiple gunshot wounds," reports say.

Upon arrival, officers found 69-year-old Lavernal Williams suffering from a gun shot wound to the head. He died a day later due to his injuries.

St. Clair was shot and killed by LRPD officers. In a statement, police said he was reported as a suspicious person with a gun and when officers approached him, he shot at them and ran.

Police responded to a shooting at Spanish Jon Apartments. Once they arrived, they didn't find an injured person, but Walls was transported to a nearby hospital where he later died.

Little Rock police are investigating a homicide on Springer Boulevard, where they said Anthony was fatally stabbed in the neck.

A Little Rock police officer shot and killed Blackshire during a traffic stop at the 12th Street and Rodney Parham Road intersection. Police say the car was reportedly stolen and the officer shot Blackshire after he allegedly drove forward.

Grayson was found dead after a 911 caller told police someone went into the house wearing all black, a mask and carrying a gun.

Police believe that the son, 35-year-old Harrison Cato, fatally shot both of his parents before shooting himself.

Harper was found at the scene with stab wounds in her back and later died at a local hospital.

Carr was found dead from gunshot wounds, but no suspect or motive has been named at this time.

According to police, two men were fighting over a weapon and when they arrived they found a man giving CPR to Foster. The man performing CPR was also suffering from a gunshot wound and said he acted in self-defense.

Police say there was a verbal fight between Blackburn and the manager of the property. Blackburn allegedly attacked the owner with a club-style weapon and that's when the owner fired shots at Blackburn.

Police arrived on scene to find Curlett suffering from gunshot wounds and he was pronounced dead at a local hospital. Carter was driven to a different hospital where he died from his injuries.

Matthew Chism was arrested and charged with two counts of first degree murder.

If you have any information on any of these cases, you are advised to contact the Little Rock Police Department at (501) 371-4829.