LRPD Chief Kenton Buckner is moving to Syracuse, New York to take over as police chief there. 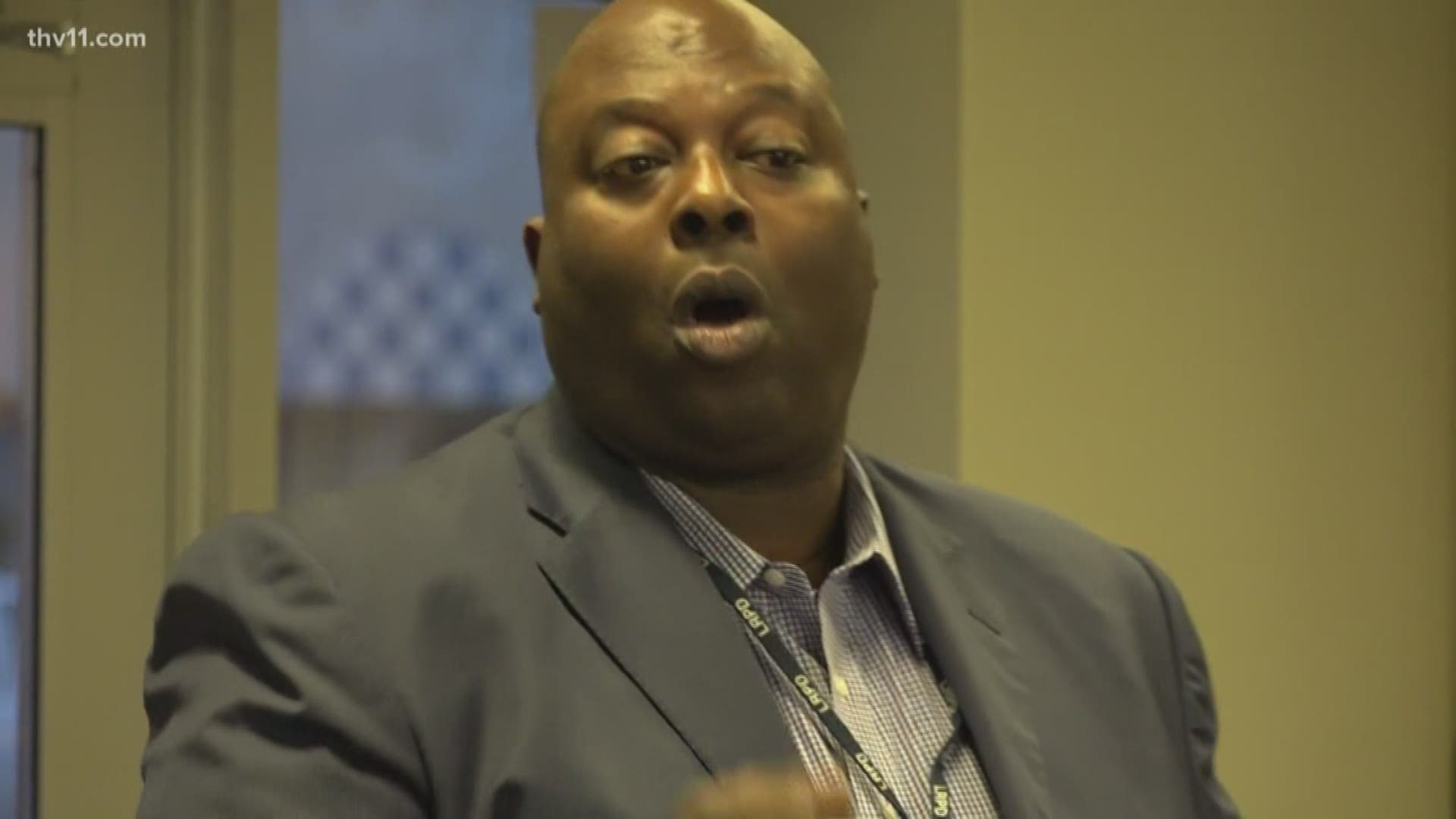 SYRACUSE N.Y. -- Syracuse Mayor Ben Walsh has chosen Kenton Buckner to be the City of Syracuse's next Chief of Police.

Following an eight-month search process and extensive input from the community and key stakeholders, Mayor Ben Walsh named Kenton Buckner as the next chief of police of the city of Syracuse.

Mayor Walsh will introduce Chief Buckner to the community on Friday along with members of law enforcement and the community. Buckner has been the chief of police in Little Rock since June 2014. Prior to Little Rock, he spent 21 years with the Louisville Metro Police Department in Louisville, Kentucky.

His career experience includes leadership in patrol operations, investigations, special operations, and administration. “When we began looking for our next police chief, our goal was to find the very best candidate available.

In hiring Chief Buckner, we have achieved that objective,” Walsh said. “Chief Buckner brings effective crime reduction strategies and a track record for increasing the diversity of his force. He understands the importance of having strong partnerships with law enforcement and the community to make our neighborhoods safer. Syracuse has an outstanding police department. I believe Chief Buckner will make it even better.”

Buckner has been the chief of police in Little Rock since June 2014. The department has 600 sworn officers and an annual operating budget of $76 million, about 50 percent larger than the Syracuse Police Department. Under his leadership this year, the department has experienced a 15 percent decrease in overall crime through August 2018. Prior to Little Rock, he spent 21 years with the Louisville Metro Police Department in Louisville, Kentucky. His career experience includes leadership in patrol operations, investigations, special operations, and administration.

“Syracuse is a great city facing hardened challenges with poverty and crime, very similar to the situation we confronted in Little Rock. It’s why I believe I’m the right person to be the next Syracuse police chief,” Buckner said. “I’ve faced these challenges before, and working together with the community and law enforcement at the local, state, and federal levels, we had significant success. We really began to get traction when the coalition became strong, and the same thing can happen in Syracuse.”

Mayor Walsh selected Buckner after consulting with a search committee and group of community stakeholders consisting of nearly 20 people who all met with the finalist candidates. Participants included two former police chiefs, the president of the Police Benevolent Association, and representatives of business, clergy, as well as neighborhood and advocacy groups.

Prior to seeking candidates, the City conducted an extensive public engagement process that included 10 community and neighborhood meetings, over 700 individual survey responses, and meetings with 36 stakeholders in law enforcement, government, and non-profit organizations.

“Chief Buckner will be new to Syracuse, but he meets the criteria we heard people in our community want in a chief. He has a record of setting very high standards and demands accountability for his officers and for himself,” Walsh said. “Chief Buckner has a clear vision for how to reduce crime, and he has direct experience leading urban police departments and working with diverse communities. His reputation with law enforcement agencies with whom his department works is outstanding.”

The City will conduct a “Meet the Chief Forum” on Saturday, Nov. 3 at 11 a.m. at the Atrium at City Hall Commons for members of the community to have the opportunity to meet and hear from Chief Buckner. During the search process, Buckner presented an approach to improving community safety that is based on what he calls the “five layers of crime control”:

Diversity on the police force in Little Rock has improved under Buckner’s leadership. The breakdown of the department’s current recruit class, which began at 27 candidates, was 15 percent Hispanic, 41 percent African American, and 44 percent white. Under Buckner’s tenure, 40 percent of hires, promotions, and transfers have been people of color.

Chief Buckner released a letter that said, "Little Rock, today I accepted the Chief of Police position for the Syracuse Police Department in New York. The lessons learned over the past 4.5 years have prepared me for the challenges that lie ahead. I am grateful for the opportunity to serve in Little Rock. More importantly, I have been blessed to meet some incredible people along my professional journey. It is the relationships that I will cherish the most. I will continue to pray for this great city. Together, we have made some significant process. As of October 28, 2018, the department had a 10% decrease in overall crime, 9% decrease in property crime, a 14% decrease in violent crime and a 14% reduction in aggravated assaults. This includes a 38% reduction in homicides. Please continue to support your police department as it begins the next chapter in the city's rich history. Thank you, Chief Kenton Buckner"

“I congratulate Chief Buckner on his new role,” Moore said. “His last day will be November 16. I will outline next steps, including who will serve as Interim Police Chief, in the coming week.”