Crime scene tape covered the parking lot of the Little Rock Outlets where there was a carnival going on. 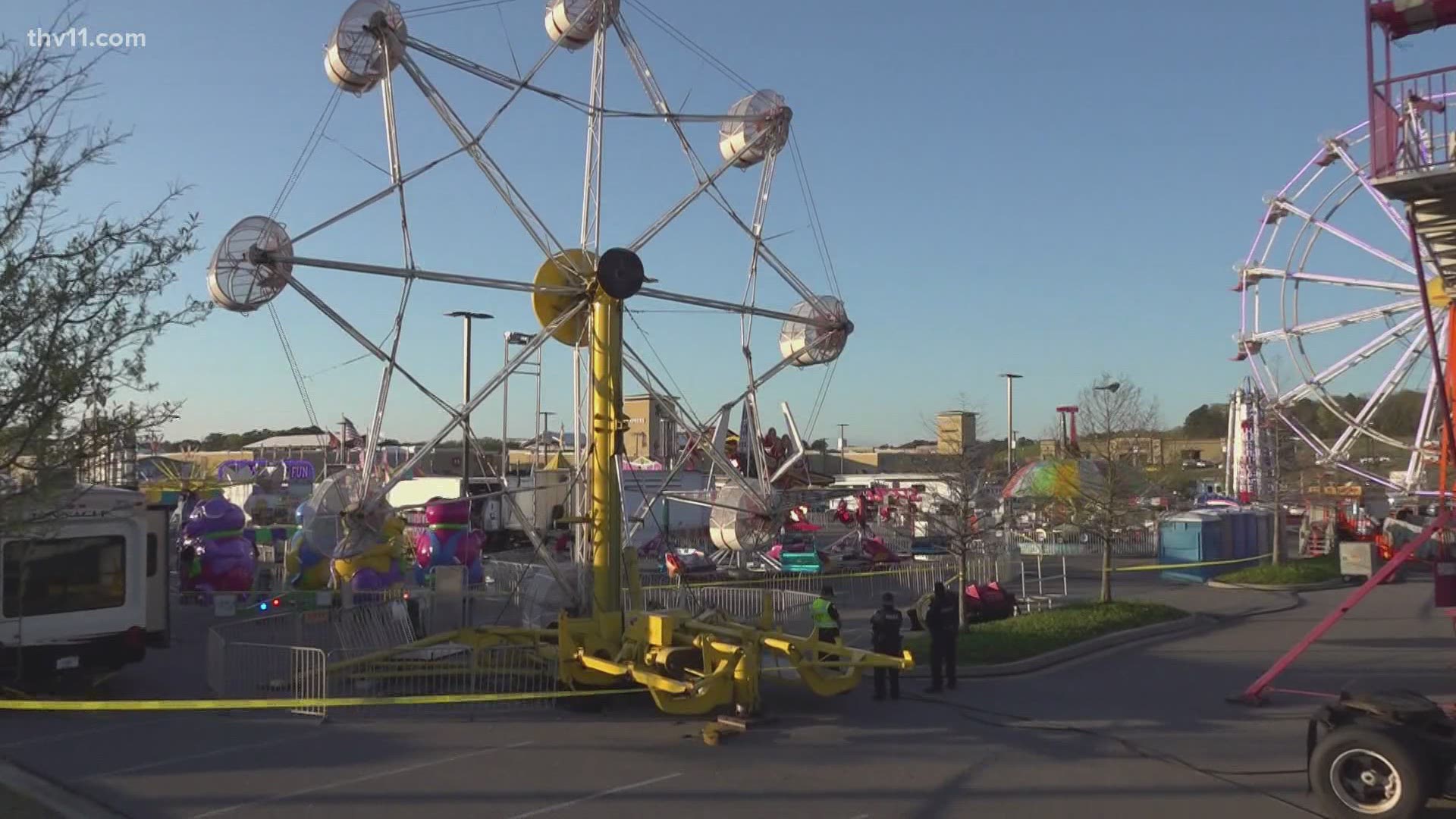 LITTLE ROCK, Ark. — According to Little Rock police, officers are investigating a homicide that took place at 1 Bass Pro Drive on Saturday, April 10.

Crime scene tape covered the parking lot of the Outlets of Little Rock where there appeared to be a carnival going on.

Police say the victim, later identified as 22-year-old Deante Smith of Forrest City, died the following day after the shooting.

Little Rock police say 16-year-old Keaton McGee was detained after the shooting as a possible suspect at Bass Pro Drive.

While at Major Crimes, he was escorted out of the building after requesting medical treatment and escaped from officers and medical staff.

On April 14, McGee was arrested by US Marshals. Later, detectives were later able to develop and obtain an arrest warrant for Capital Murder. McGee was served with this warrant while at the Pulaski County Jail.

Police also believe another suspect is involved, but have not released any details.

We will edit this article with updates when they are made available.