Little Rock police detectives are attempting to locate and identify a suspect in reference to multiple knife attacks. 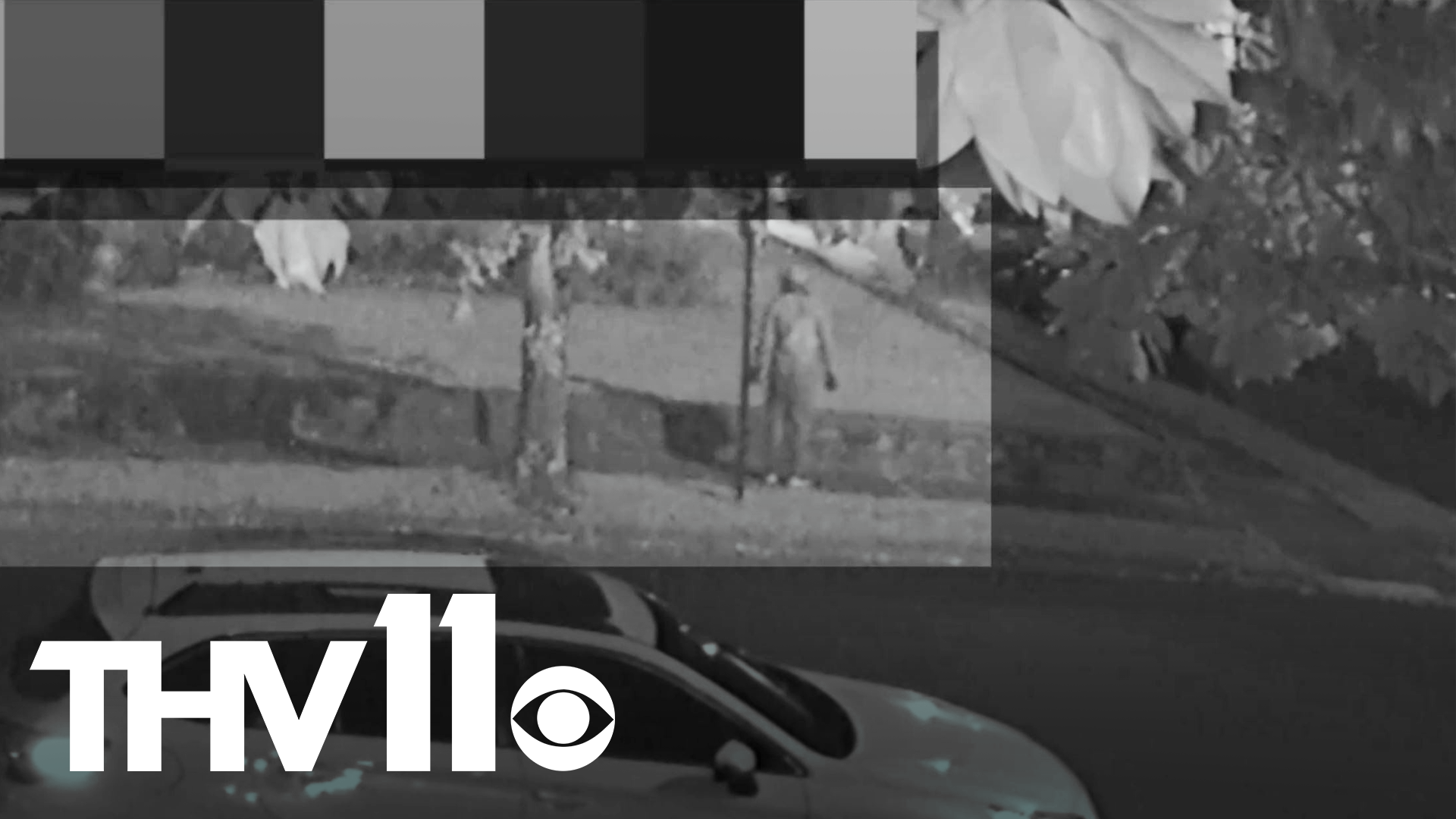 LITTLE ROCK, Ark. — Little Rock police detectives are looking to identify a suspect in relation to multiple knife attacks that have occurred in the last few months. Some of those attacks have been fatal, leading to three homicides.

The first stabbing happened on Aug. 24, 2020, on S. Gaines Street where 64-year-old Larry McChristian died from his injuries.

The second attack was only one month later on Sept. 23 on West 12th Street,  taking the life of 62-year-old Jeff Welch.

According to the Little Rock Police Department, police responded to the third attack on April 11, 2021, near 19th and Marshall Streets.

The victim, 43-year-old Debra Walker, was stabbed over 15 times but survived those injures and later spoke to detectives about the incident.

Just one day later on April 12, police investigated a homicide where a body was found on Wright Avenue, later identified as 40-year-old Marlon Franklin.

Detectives took information from both cases and compared them to two homicides from six months ago and noticed similarities in all four cases.

It was then determined that these incidents could be connected, based on the evidence in each case.

The attacks happened between the hours of 1 a.m. and 4 a.m., and those who were walking in the area were randomly attacked.

Audrita Williams, a Little Rock resident is concerned for her children's safety, especially, her 22-year-old son.

Police say the common suspect in these incidents is possibly an adult male with a slender build.

In the incident with the survivor, the victim described the suspect as a Black male over six feet tall.

Police Chief Keith Humphrey said they are stepping up patrols around those streets.

He stressed that this series of attacks is not connected to any other crimes around the state.

"We're 40 odd patrol officers down and we're having a manhunt. It's kind of hard to get all hands on deck," said Vice Mayor Hines.

The FBI is also working closely with LRPD. They are helping with multimedia assistance and investigative tools. They also brought in the BAU for consultation.

If anyone has any information on these incidents or suspect, call Little Rock police at (501) 371-4636 or email us at ASKLRPD@littlerock.gov with information.

There have been approximately 22 homicides in Little Rock so far in 2021.