Little Rock police are investigating a shooting that took place Monday night outside of the Kroger on Geyer Springs Road and a 3-year-old was taken from the scene. 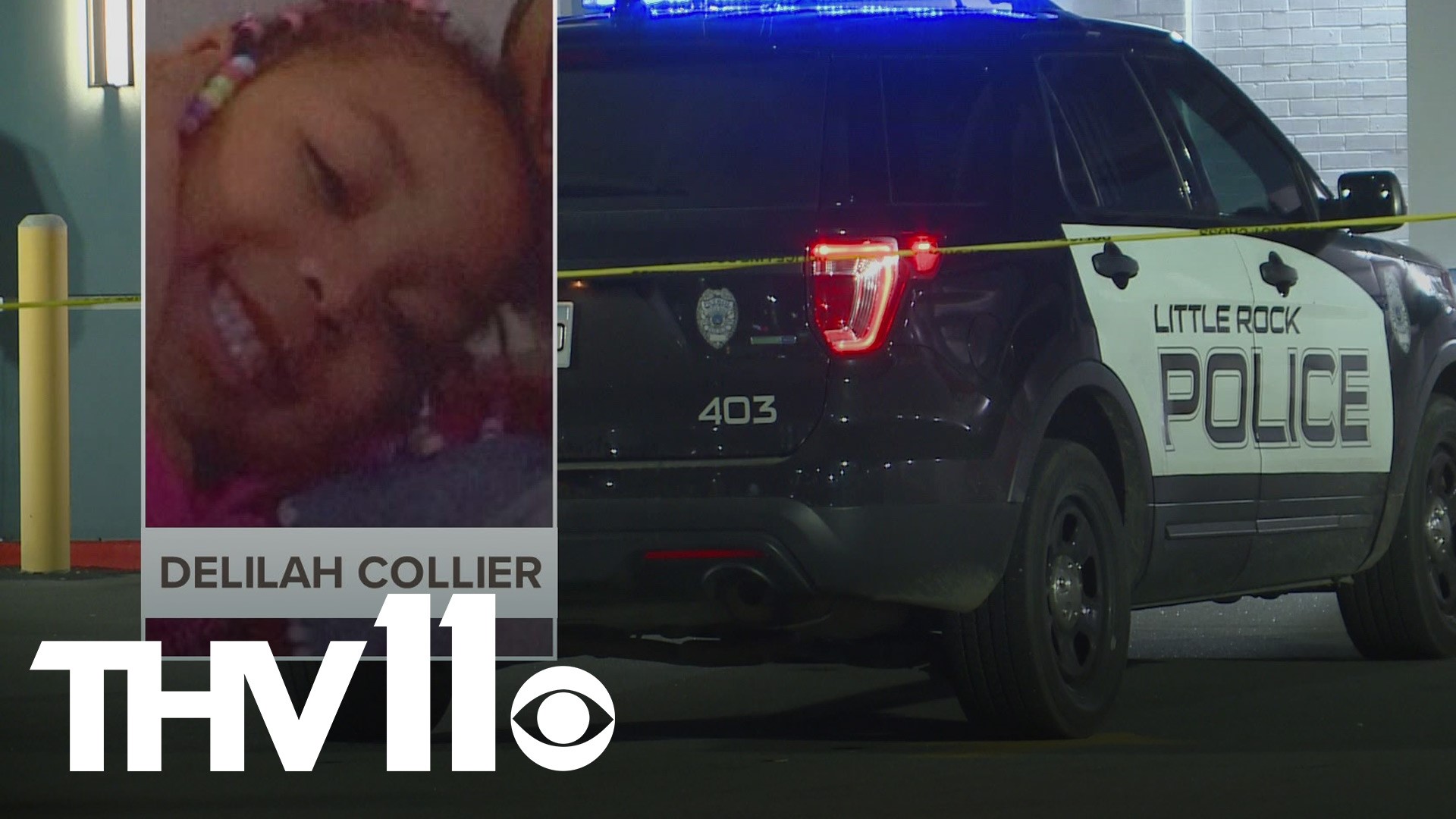 LITTLE ROCK, Ark. — Update: 3-year-old Delilah Carter was found safe on Monday night, and the Amber Alert has been deactivated. Police have arrested two suspects in the abduction of the little girl.

Little Rock police are investigating a shooting that took place Monday night outside of the Kroger on Geyer Springs Road.

According to police, the shooting victim has been taken to a nearby hospital and is recovering.

Officials say that the victim's 3-year-old, Delilah Collier, was allegedly taken from the scene by the suspect and the mother.

Police say the suspect vehicle is a 4-door silver BMW with temporary tags taped on the window.

UPDATE:
During the shooting, the victim’s 3 year old child, Deliliah Collier, was taken from the scene by her mother and the suspect .  The suspect vehicle is described as a 4 door silver BMW, temporary tags taped on the window. Please call 501-371-4829 pic.twitter.com/wUeXdOOnD1

The Arkansas State Police has issued an AMBER Alert for Delilah Collier, who was last seen wearing a long sleeve grey shirt and and a pink cheetah print sweater, blue jeans, and a hot pink jacket with silver stars.

Delilah may be travelling with 22-year-old Dominique Phillips.