The woman was taken to a nearby hospital after she was hit in the head with a rock. 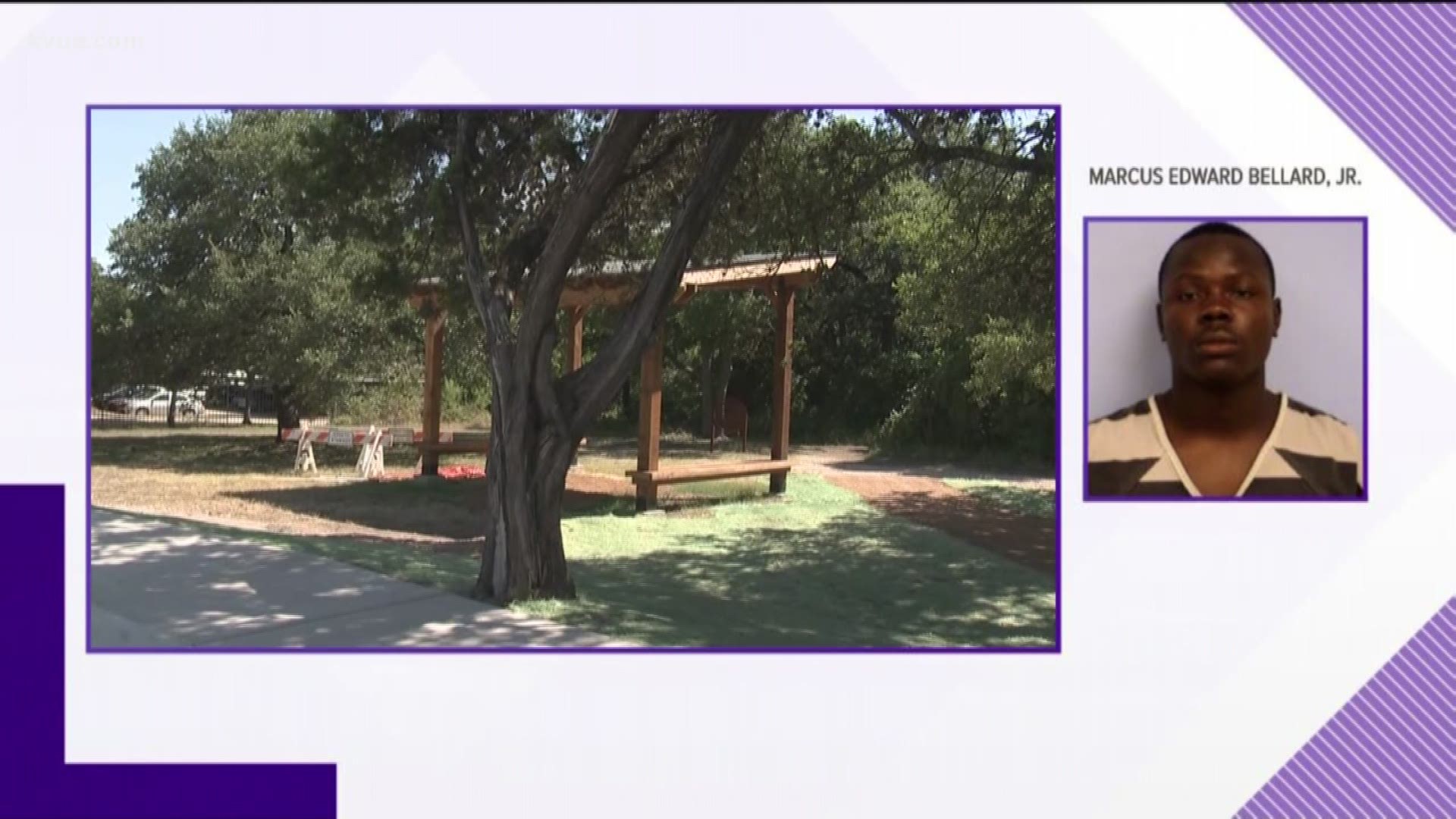 AUSTIN, Texas — The man accused of attacking a woman at a park in southwest Austin admitted to police that he hit her with a rock after spotting her on the trail, an affidavit obtained by KVUE stated.

On Aug. 14, the APD Violent Crimes Task Force arrested Marcus Edward Bellard Jr. at his residence for the incident that occurred on Saturday, Aug. 10. He was identified via witnesses and surveillance video.

A woman who works at Pot Belly restaurant told police that a man who looked like Bellard walked by her place of work the morning of Aug. 10 and said, "Hey sexy, what are you doing here by yourself?" as she waited to go into work. Pot Belly is located near the trail where the alleged assault happened.

Later that same day, the employee said the man came by again asking if she knew where the prostitutes hung out. She replied that she did not, and he eventually walked away.

At around 1:02 p.m. that same day, police said the assault victim was alone on the trail in a secluded area of the park in the 4600 block of Monterey Oaks Blvd. when she was attacked from behind. She told police that a man – identified by police as Bellard – had hit her over the head with a rock.

Austin police urge joggers, hikers and bikers to be aware on trails

The woman turned around to fight off Bellard, yelling, "No," as Bellard repeatedly punched her and hit her in the head with the rock, police said.

The woman stated she kept trying to fight back but could not see any longer due to the amount of blood running down her face. Bellard eventually ran away.

The woman was then taken to a nearby hospital.

Investigators were able to track down where Bellard works and discovered what his car looks like from surveillance video. On Aug. 14, officers served a search warrant on Bellard's residence, where they found the same clothes he was seen wearing in the surveillance video.

Austin police urge joggers, hikers and bikers to be aware on trails

Police officers spoke with Bellard about what happened on Aug. 10. He said he saw the woman walking on the trail and that he "wanted to reach his hand down the victim's pants and grab her buttock," the affidavit said. Bellard then admitted that he picked up a rock on the trail and hit the woman, police said.

Bellard is in custody at the Travis County Jail and is charged with aggravated assault with a deadly weapon, a second-degree felony. His bond has been set at $75,000.

Police have reminded park-goers to always be aware of their surroundings and know their routes and try to avoid walking alone. Police advise letting friends and family know your route if you are alone in a park.