Man arrested after posing as a sheriff's deputy; assaulting woman

Woman says 85-year-old Manfred Filsinger impersonated a deputy, hit her with a stick. 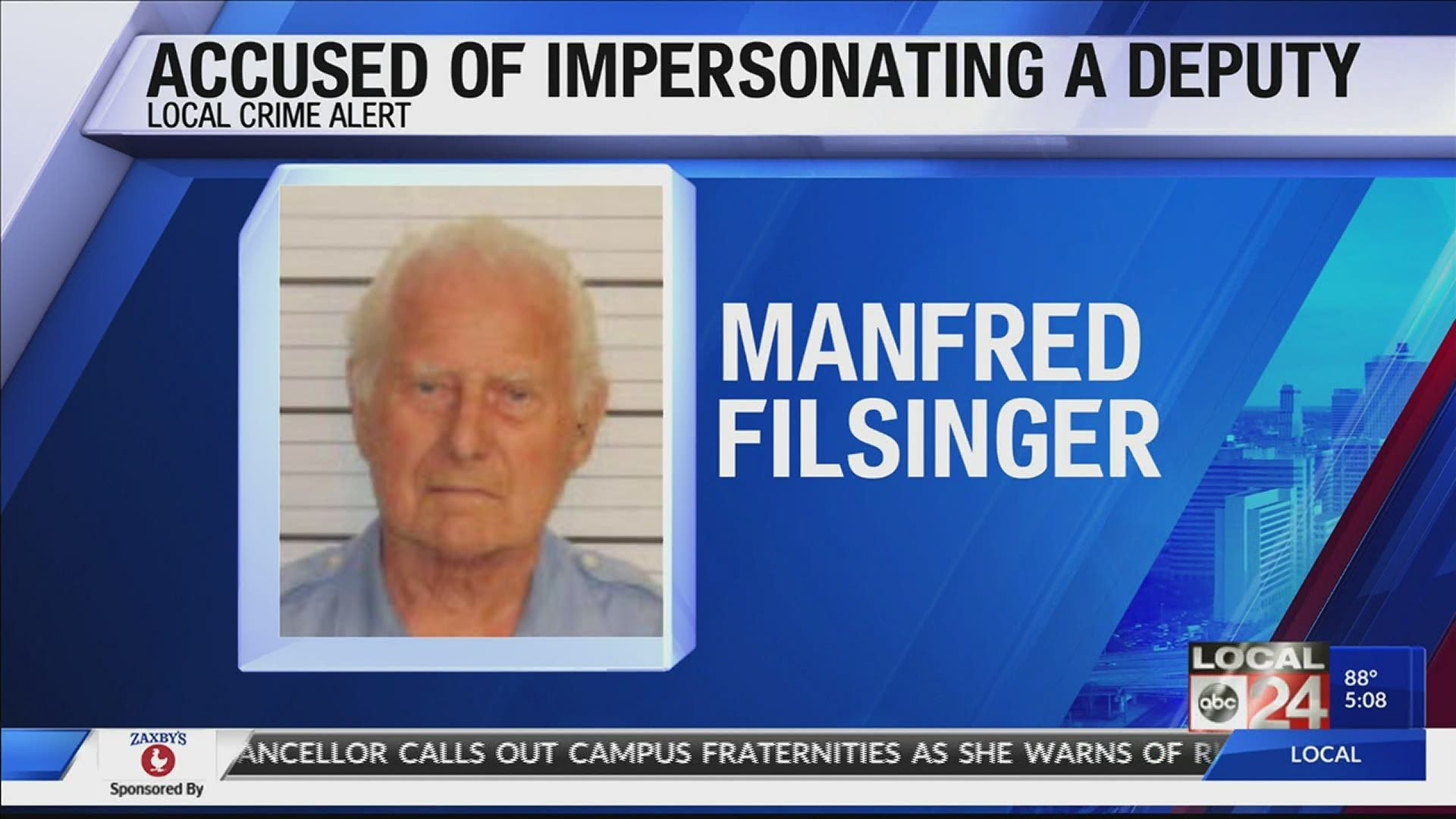 MEMPHIS, Tenn. — An 85-year-old man is behind bars after he impersonated a sheriff's deputy and assaulting a woman.

According to a police affidavit, the victim told Memphis police officers that she was walking on Meagher Street near Jackson around 2:30 Monday afternoon when Manfred Filsinger approached her accusing her of burglarizing his property.

The victim told officers, Filsinger told her he was a Shelby County Sheriff's Deputy and she was under arrest, before hitting her in the arm with a stick or rod.

The victim says when he tried to grab her, she ran to Jackson Express and told employees Filsinger was chasing her.

The employees went to the door of the store as Filsinger approached.  When they told him that he could not go inside, Filsinger pulled a handgun, showed them a badge, and demanded to enter the store, stating that he was a Shelby County Sheriff's Deputy in pursuit.

MPD was called to the store.