A Fayetteville man has been arrested for Capital Murder after a man was stabbed in a home on Rocky Creek Road Thursday night. 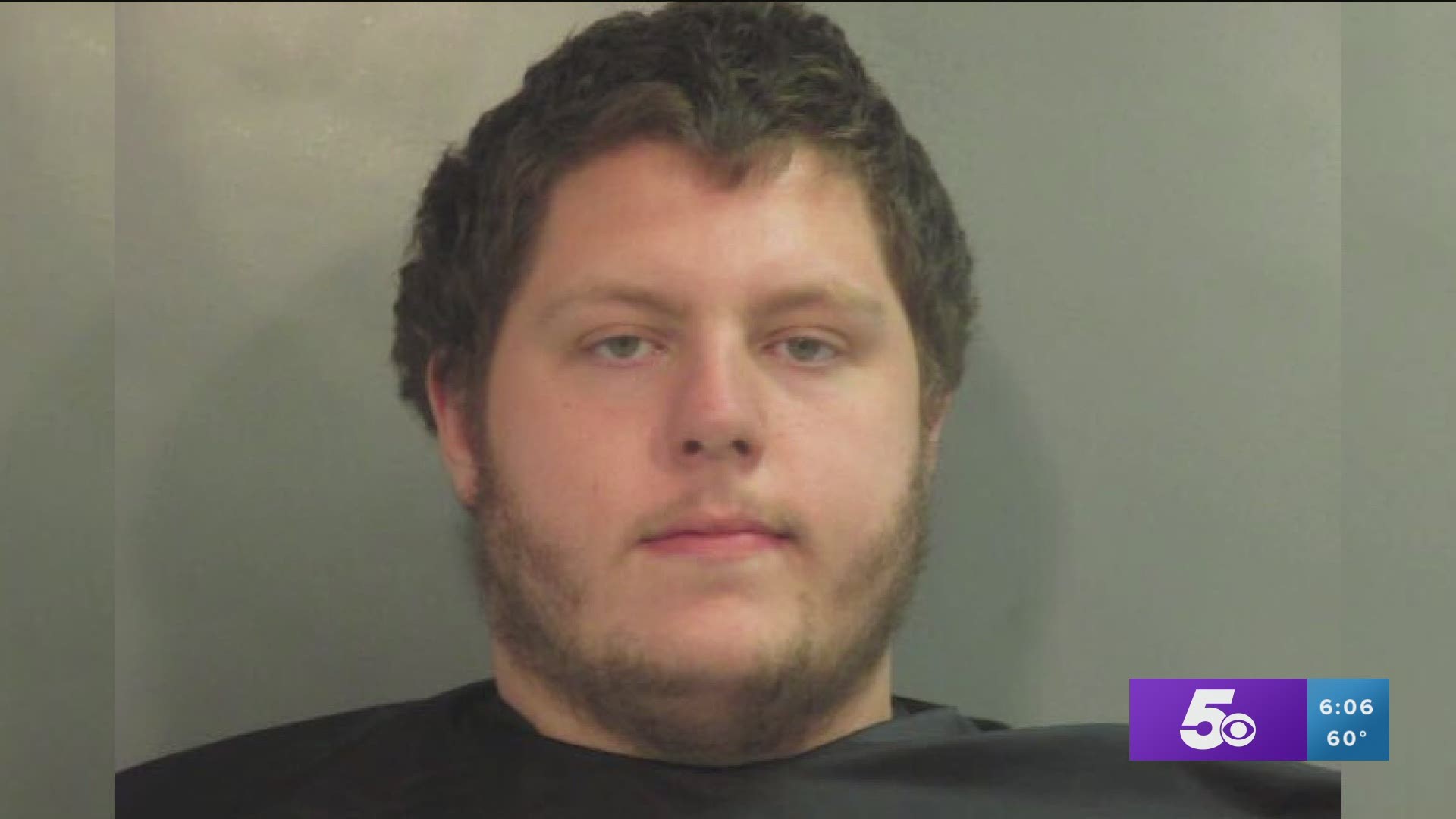 WASHINGTON COUNTY, ARKANSAS, Ark. — A Fayetteville man has been arrested for Capital Murder after a man was stabbed in a home on Rocky Creek Road Thursday night by his daughter's boyfriend, the Washington County Sheriff's Office reports.

According to the sheriff's department, Washington County deputies responded to a home on Rocky Creek Road in reference to a burglary in progress at 11:15 p.m. Thursday (Nov. 12) night.

A man identified as John Hurlburt, 53, called the police and stated that someone broke into his house and then tazed him.

Later in the 911 call, Hurlburt identified the attacker as his daughter's boyfriend. He then stopped answering questions and dispatch stated it sounded like he was screaming for help.

Deputies arrived in the area just before 11:30 p.m. Once on the scene, deputies saw a dim light heading north, paralleling Rocky Creek, and saw a person start running east with reflective material on their back. Deputies ran towards the subject and began yelling commands to stop, identifying themselves as law enforcement, according to the sheriff's office.

Police say the subject was wearing all black clothing, black gloves, a blue gaiter mask, and had a backpack.

Once the subject reached the edge of the woods, he collapsed. Deputies asked if he had a firearm, and after failing to respond, the subject told them he dropped it. A pistol was later discovered in the immediate area covered in blood, the sheriff's office reports.

It was discovered that the backpack the subject was carrying contained items that could be used to subdue, kill, dismember, and bury a body, according to the Washington County Sheriff's Office.

Once Appling was secured, deputies discovered a victim lying on his back on the living room floor of the address on Rocky Creek Road; deceased from apparent stab wounds, the sheriff's office reports.

Hurlburt has been identified as the man who died.

Samuel Appling was arrested for Capital Murder, Burglary, and Fleeing on Foot and was transported to the Washington County Detention Center.

The victim's body will be transported to the Arkansas State Crime Lab for an autopsy.

The investigation into the matter is ongoing.

Please check back for updates to the developing story.

RELATED: Area schools see a drop in the number of students