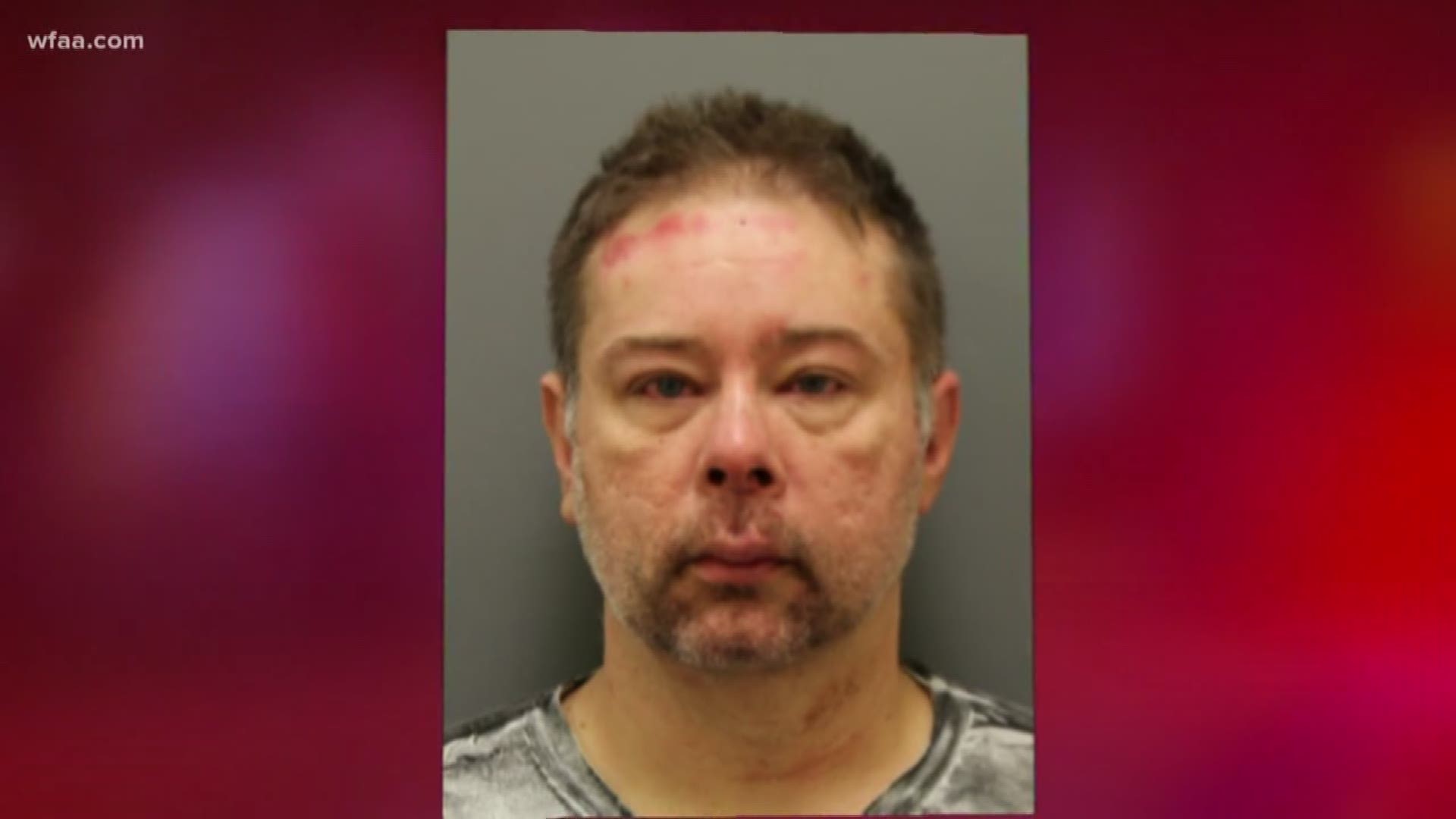 What began as a routine traffic stop turned into a fight when the driver, identified as 45-year-old Christopher Rogers, of Denton, refused to get out of his vehicle around 11:08 p.m. The incident happened in the 1500 block of I-35E near North Texas Boulevard after a Denton police officer puled Rogers over after watching his car weaving from lane to lane, according to a Sunday statement from Denton PD.

Police said Rogers first punched an officer in the face. Then, another sergeant and a backup officer tried to handcuff Rogers, at which point Rogers began biting the sergeant's head and ear during a struggle on the ground on the shoulder of the highway.

Rogers was eventually restrained by a TASER and then cuffed, but not before biting off a portion of the sergeant's ear.

“The sergeant yells out that the man was biting him, and that’s when the man had bitten the officer’s right ear. Actually bit a chunk of it off,” Cose said.

Police said Rogers bit a section of ear approximately 1 inch wide and a half inch deep. They were not able to recover the chunk to attempt to have it reattached, so the disfigurement will be permanent. Cose said the sergeant was treated at a hospital and is recovering at home, where he expressed gratitude that the incident happened to him and not one of his officers.

“He’s ready to hit the streets again as soon as he’s healed up,” Cose said.

In addition to biting and punching officers, police say Rogers kicked a paramedic in the chest as he was trying to treat Rogers for minor injuries he sustained in the struggle.