"You know, he told me he was Jesus Christ at one point. I told him I don't think he is, but he's about to meet him,” said Jason Long, Traci’s husband. 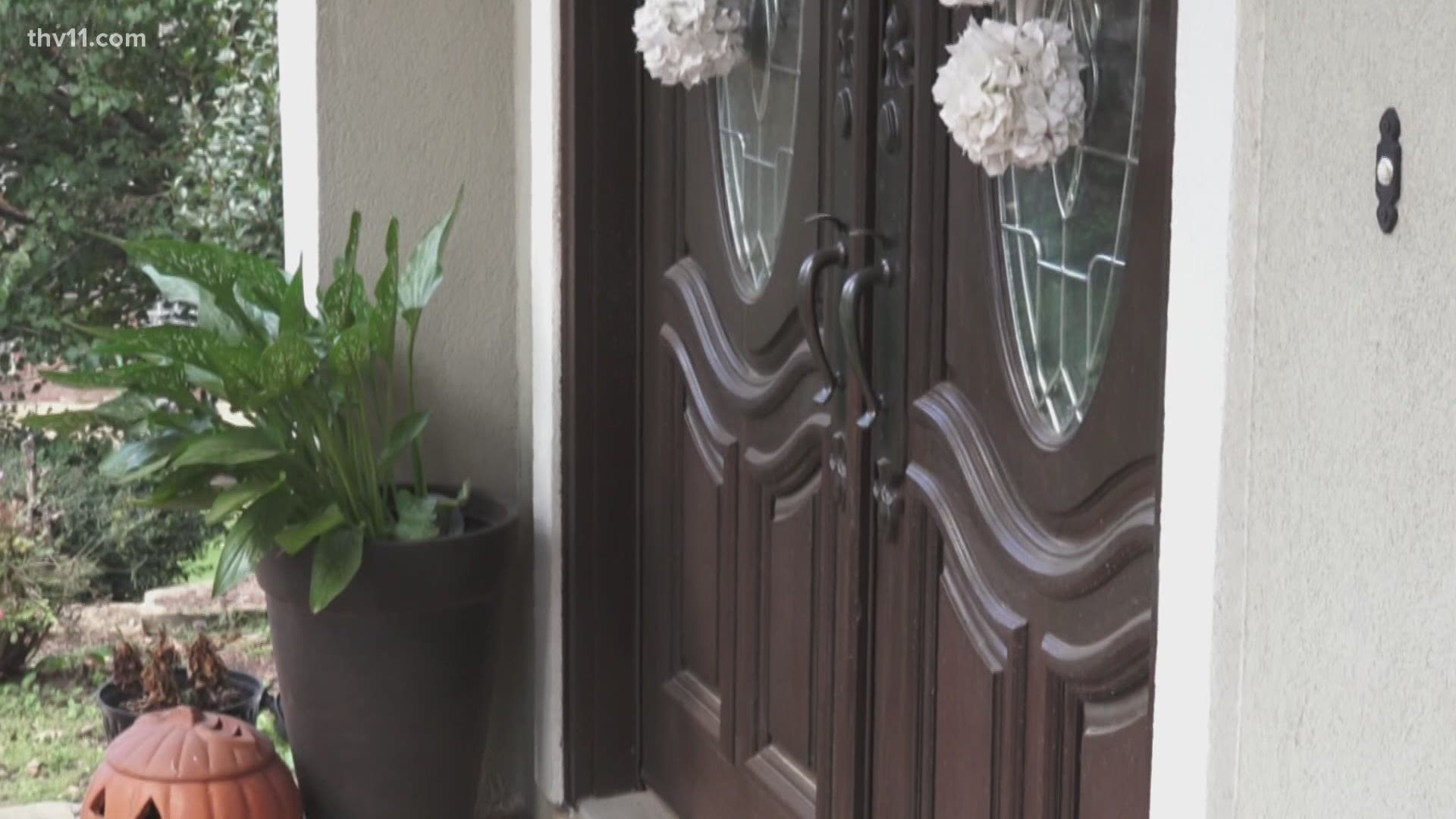 BENTON, Ark. — A Benton woman is startled after a stranger grabbed her while he tried to force his way into her home.

Fortunately for Traci Long, her husband was home and intervened.

"I know, had he not been here, I wouldn't have been able to close it,” said Traci.

Traci is calling her husband Jason a hero after the man attempted his way inside her home Tuesday morning in the Hurricane Lake neighborhood.

He rang the doorbell and she opened the door, thinking it was someone working for her husband.

"He kept pushing his way in, he kept saying, 'You know why I'm here,'” said Traci.

Traci said the man then grabbed her, she screamed for help, and that's when her husband ran to the door and took over.

He went outside and held the man at gunpoint until police came.

"You know, he told me he was Jesus Christ at one point. I told him I don't think he is, but he's about to meet him,” said Jason Long, Traci’s husband.

The man had already pilfered through the couple's vehicle. Nothing was taken, but Benton police said the van he was driving was stolen and had several other stolen items inside, including purses, wallets, debit and credit cards, and other things.

"He wanted to do harm at that point. When you reach in someone’s home and grab them, it's a whole new ballgame,” said Jason.

The couple is startled, especially Traci, who says she keeps replaying the incident in her head, but hopes this is a serious reminder to others that you can never be too cautious.

"Always have your guard up,” said Traci. “I hate the world has come to that."

"We work hard to live in a nice neighborhood, but that doesn’t exempt you,” said Jason. “Evil will find its way to you."

Newton's being held in the Saline County Jail on no bond.

He faces multiple charges, including theft of property and breaking or entering.