A female juvenile was pulled over by a man driving a black car claiming to be a Kensett officer. 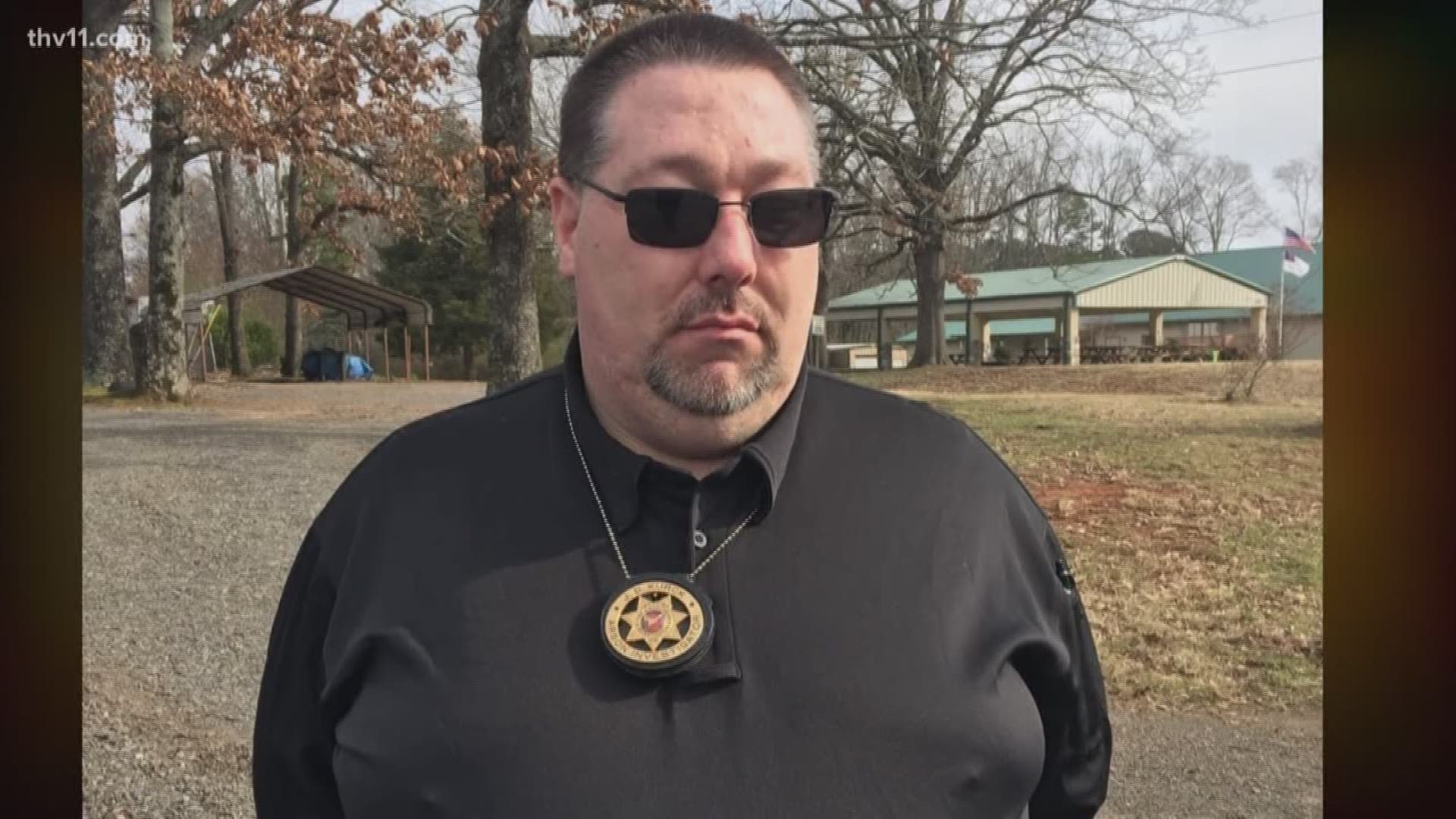 WHITE COUNTY, Ark — Editor's note: The video shown above is from the first time Kurck was arrested in 2019.

On Wednesday, April 8, the White County Sheriff’s Office said a 15-year-old female juvenile when she was pulled over by a man driving a black car, with emergency lights in the window, who claimed he was a Kensett officer.

She was traveling down Highway 36 West and near the Valley Baptist Church.

The juvenile said she as she exited the car, the man pushed her out of the way and began to search the car. Once he was done searching, she said the man accused her of being drunk and administered her a “breathalyzer test”.

She stated that he refused to give back her driver’s license and then left to go pull over another vehicle in the same area.

When asked about the description of the car, the juvenile said that the vehicle read “Kensett Police” on the side of the car but it didn’t look professional.

She described the man as being a white male, 6 feet and 2 inches or 6 feet and 3 inches tall that had a clean shaven with dark hair. She said he also had brown eyes and very heavy set.

She said the man was not wearing a duty belt and only had a pair of handcuffs.

The White County Sheriff’s Office contacted Chief John Pollard of the Kensett Police Department who denied having anyone on shift who fit that description, nor did he have a patrol unit to match the vehicle.

Throughout the investigation, Jeremy D. Kurck, 39, of Jacksonville, Ark. was developed as a suspect. The juvenile positively identified Kurck as the man who conducted the traffic stop and took her driver’s license.

A quick check of Kurck’s criminal history revealed a previous history of posing as a police officer and was arrested in Lonoke County in 2019 for the same offense.

With the help of the Jacksonville Police Department, White County Patrol Deputies and Detectives were able to locate Kurck at his home in Jacksonville where he was taken into custody. A search of the home yielded an assortment of law enforcement badges and law enforcement duty equipment.

Kurck was booked into the White County Sheriff’s Detention Center for Criminal Impersonation, False Imprisonment-2nd Degree and Theft of Property.

Kurck is scheduled to appear in White County Circuit Court on June 2 at 9 a.m.

This case is still ongoing.

RELATED: Indiana officer who was a mom, military veteran killed in the line of duty after responding to domestic violence call

RELATED: Texas woman accused of lying to officers about testing positive for COVID-19

RELATED: Package thefts on the rise as people social distance by online shopping