The 40-by-80-foot American flag has flown over Hot Springs since September 2015. Not only was it stolen, but the area was also vandalized overnight. 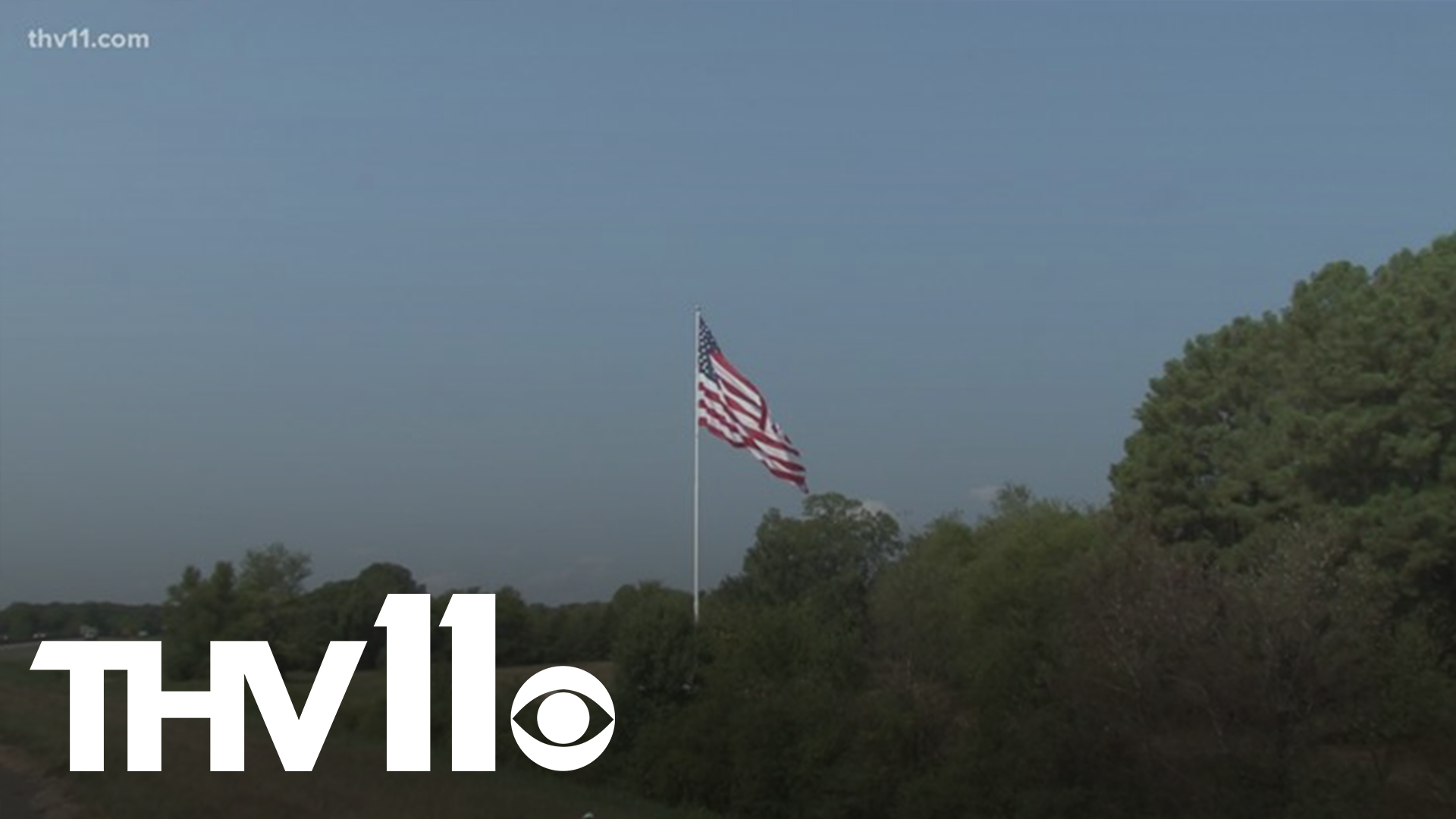 HOT SPRINGS, Ark. — A 40-by-80-foot American Flag that has flown over Hot Springs bypass for several years is suddenly gone.

Someone stole it overnight and vandalized the area. People making their morning commutes were the ones who noticed it missing.

Since then, it's never been bothered until now, just one day after President Joe Biden's inauguration.

"Looks to me like they may have parked on the side of the bypass, they cut our fence, they busted out the two lights that illuminate the flag,” said Hamilton.

The thief then drilled the lock off the flagpole, cut the line inside, and took off with the flag.

"Then they drug it out. We really want to know who did this thing,” said Hamilton.

Hot Springs police are on it. They've already turned the case over to the investigation division.

They are unclear if the theft is linked to the nation's divide over President Joe Biden's inauguration.

Regardless, they also expressed disappointment.

"This is a very new investigation, so we do not have any information to connect it to it, but obviously, we are taking a look at all leads and all possibilities to get it resolved,” said Cpl. Patrick Langley, Hot Springs Police Department.

Alliance has estimated it'll cost up to $10,000 to repair and replace the damage at the flag site.

They urge anyone who may have seen anything suspicious to call police.

"We are hoping that someone has some information and can point us in the right direction,” said Langley.

Alliance is offering a $1,000 reward to whoever can lead police to the person responsible.

Other companies are stepping up to match that reward money.

If you have any information, contact the Hot Springs Police Department.