According to the police report, Andrews claimed the employee said, "You need to make up your ... mind and quit wasting my time," which sparked an argument. 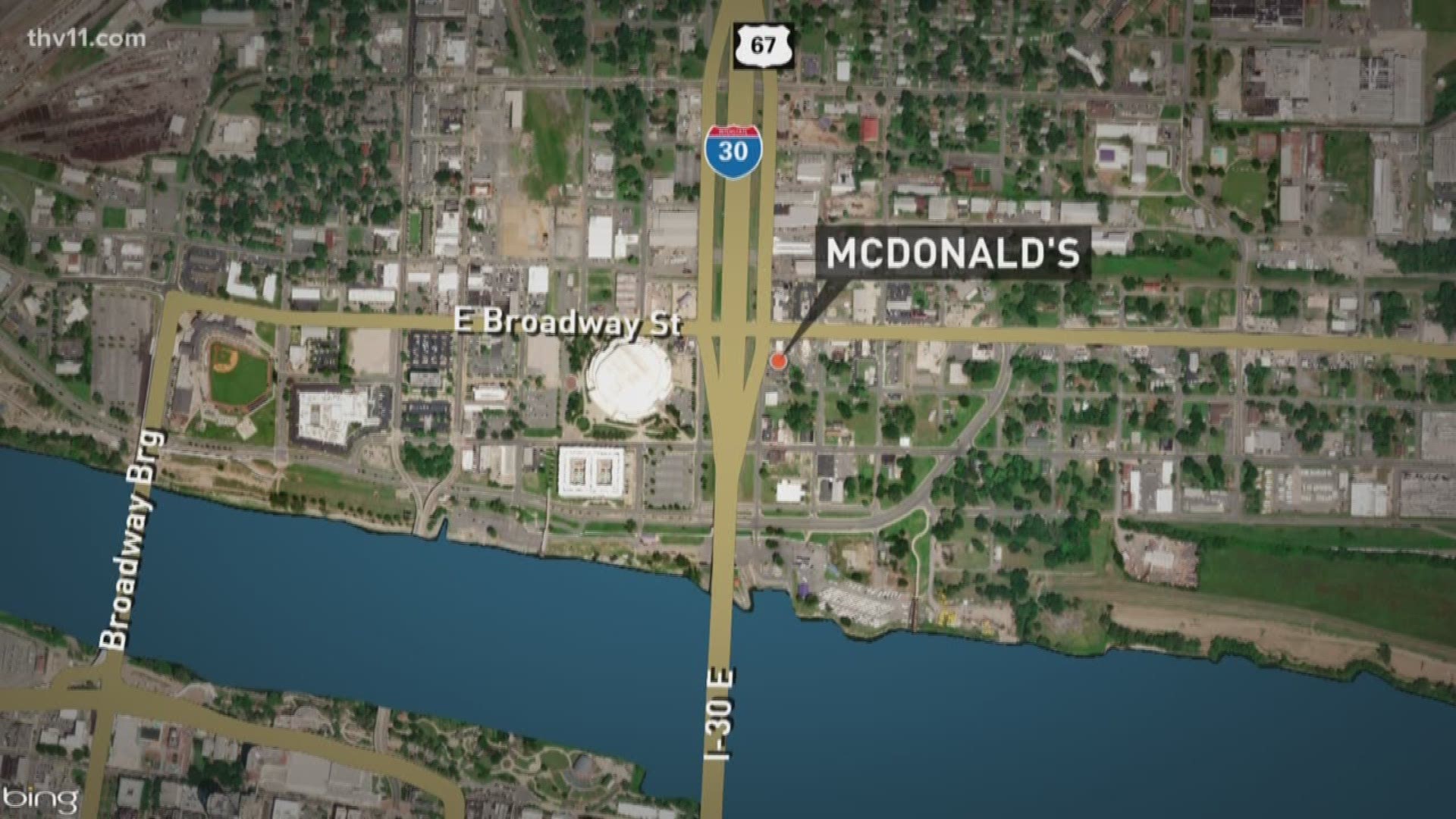 NORTH LITTLE ROCK, Ark. (KTHV) - North Little Rock police are reporting that on Sunday, Aug. 19, an employee at the McDonald's on Broadway Street threw hot grease on a customer after an argument.

According to the police report, officers were called out to the McDonald's at 10:48 p.m., after the manager said a customer, Tonio Andrews, "became irate in the drive-thru and had returned and smashed the glass on the lobby door." The report said when NLRPD arrived, the glass was broken, but still intact.

Officers then went back on duty until they got another call to the same McDonald's at 11:18 p.m. This time, Andrews called police reporting that an employee threw hot grease on his face after changing his order in the drive-thru.

According to the police report, Andrews claimed the employee said, "You need to make up your ... mind and quit wasting my time," which sparked an argument. Andrews said the employee tried to close the window on his arm, but he pushed it back open. Then, he said she "came to the window with a container filled with boiling hot grease and she threw it at his face."

The officers confirmed that the burn marks on his face are consistent with a grease burn.

Andrews said he then drove off before he and his family returned to the McDonalds. He said one of his family members broke a door on the building.

Andrews was transferred to UAMS to be treated for his burns. Officers are hoping to use surveillance cameras to identify the employee.

Michael Retzer, Jr., that McDonald’s owner-operator, took the opportunity to address the incident on Aug. 22.

"While the customer was threatening and harassing staff, our employee handled things inappropriately," Retzer said. "The employee was immediately fired after we learned of the incident, and we continue to work closely with the police to further investigate."

This article has been updated to include that the employee was fired.