The order naming a new judge did not say why the former judge requested reassignment. 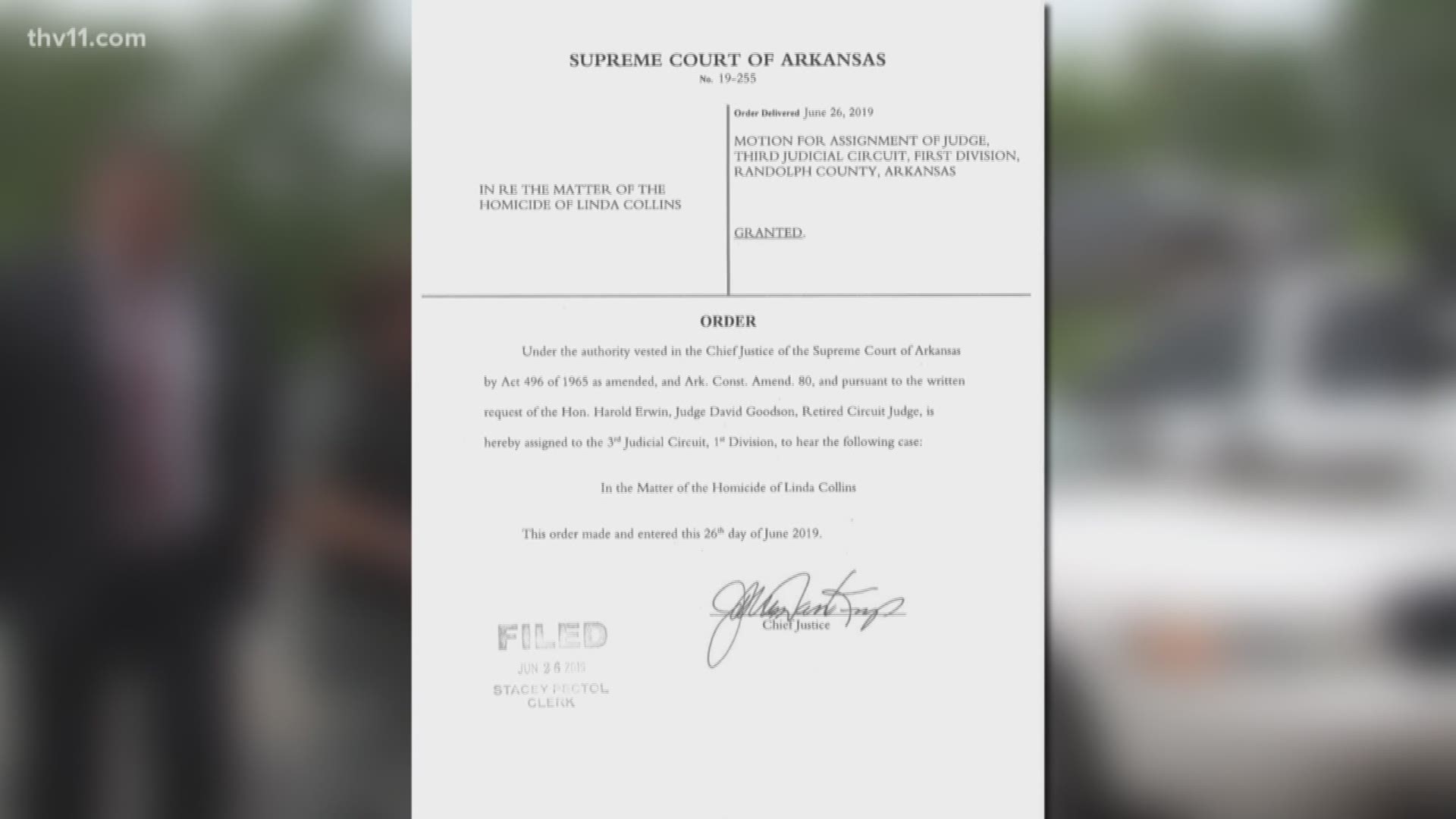 A new judge has been named to handle the case surrounding the killing of a former Arkansas lawmaker who was found dead outside her home.

Judge Harold Erwin had been presiding over the case and the order said he requested the reassignment but doesn't say why.

Collins, who went by Collins-Smith in the Legislature, was found dead June 4 outside her home in Pocahontas, which is about 130 miles (210 kilometers) northeast of Little Rock.

Rebecca O'Donnell has been charged with capital murder in Collins' killing. Authorities have released few details and have not said whether they are seeking any other suspects.