The Grand Jury indicted 23-year-old Elliott Griham (aka Girham) on felony counts of attempted first-degree murder and more for the July incident. 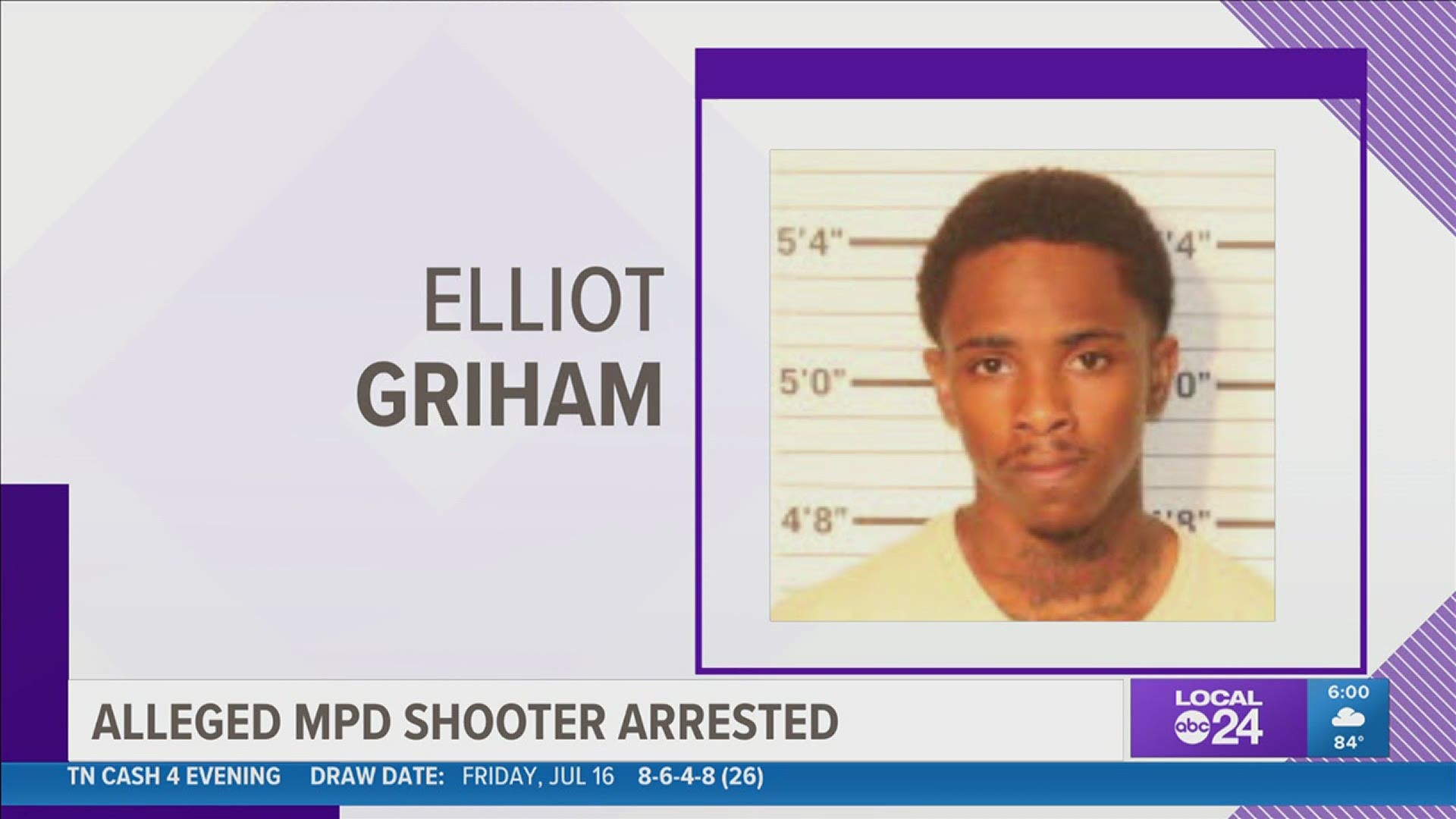 MEMPHIS, Tenn. — UPDATE 12/1/201 - A Shelby County Grand Jury has indicted an Olive Branch man accused of shooting at a Memphis Police officer who was trying to arrest him for reckless driving.

The Grand Jury indicted 23-year-old Elliott Griham (aka Girham) on felony counts of attempted first-degree murder, employment of a firearm in the commission of a dangerous felony, resisting official detention, and reckless driving. He is currently in the Shelby County Jail.

The Shelby County District Attorney’s Office said it all began about 1:00 p.m. on July 14, 2021, when a sergeant from the Ridgeway Station spotted the driver of a black Dodge Charger being reckless on Knight Arnold at Ridgeway. They said the driver headed into oncoming traffic and almost caused a crash.

Investigators said the officer was in an unmarked squad car, and followed the driver to an apartment in West Village Grove. They said when the officer tried to arrest Griham there was a struggle, and Griham broke away and grabbed “an AR-style rifle” from his car.

Investigators said Griham fired several shots at the officer, hitting his car. They said Griham drove off and got away after chase.

Prosecutors said Griham was developed as a suspect and arrested two days later at a home in Cordova.

7/17/2021 - The U.S. Marshals have arrested an Olive Branch man accused of opening fire on a Memphis police officer earlier this week.

Memphis Police said about 1:00 p.m. Wednesday, an officer spotted a reckless driver, identified as 22-year-old Elliot Girham, in a black Charger in the area of Ridgeway and Knight Arnold. According to the affidavit, police said Girham was driving into oncoming traffic, nearly causing an accident.

Police said an officer followed Girham and tried to take him into custody when he stopped on West Village Grove. According to the affidavit, the officer and Girham struggled, and Girham broke away, reached into his charger, and grabbed a rifle. The affidavit said Girham fired several shots at the officer, hitting the police car. The officer was not hit and Girham took off.

Other responding officers also reportedly tried to stop Girham, but he got away.

A warrant was issued from Girham on charges of attempted first degree murder, evading arrest, reckless driving, resisting official detention, and employment of a firearm during commission of a violent felony. U.S. Marshals said there was an additional warrant on a charged of attempted second degree murder for a previous incident. The police affidavit shows on January 10, 2021, Girham was accused of firing shots at his girlfriend’s family after her father went to confront him about a fight the couple had. The shots hit another apartment, and no one was hurt.

Friday afternoon, U.S. Marshals said they tracked Girham to an address on Dew Cove in Cordova. He was taken into custody without incident.

His next court date is set for Monday.