One dead after exchanging gunfire with Little Rock officers outside Arby's

An officer-involved shooting has been reported at Shackleford Crossing in Little Rock around 3 p.m. Sunday afternoon. 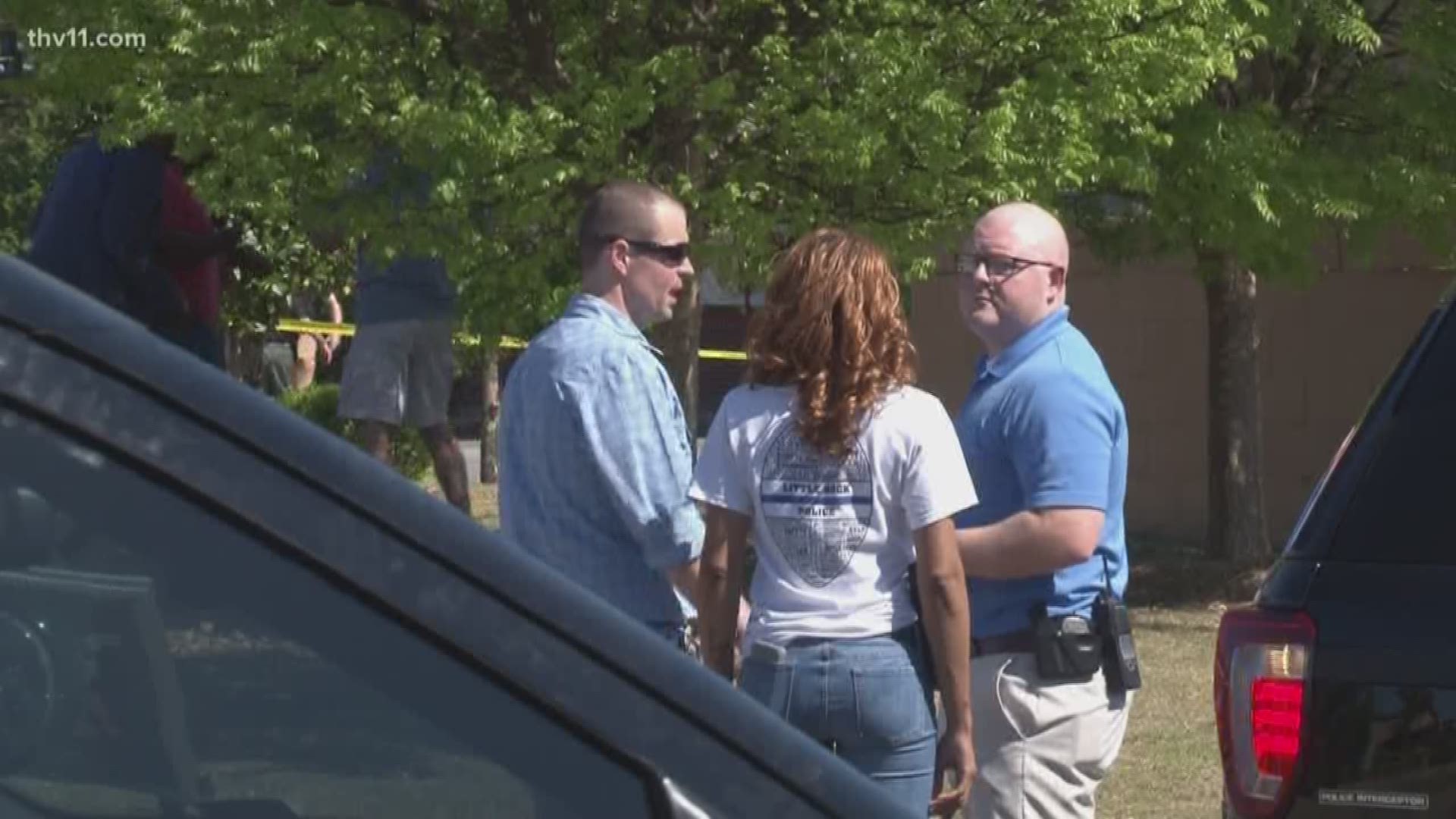 According to a press release sent out by the Little Rock Police Department, a call was made about a suspicious person at 2:44 p.m. The suspect was described as being a white male, wearing a black hoodie and armed with a gun.

When Officer Ryan Stubenrauch and Officer Chandler Taylor arrived and made contact with the suspect outside Arby's, he attempted to flee on foot.

The suspect, later identified as Michael St. Clair, 42, fired a semi-automatic handgun at the officers while trying to flee. The officers returned fire, striking St. Clair, according to the press release.

MEMS responded to the scene and transported St. Cair to Baptist Hospital, where he died due to his injuries.

Both police officers involved in the shooting were uninjured, according to Little Rock police. Officer Stubenrauch and Officer Taylor were hired as Little Rock Police officers on June 29, 2015. They have been placed on administrative leave.

The Little Rock Police Department will conduct a criminal and internal affairs investigation, which is standard procedure that takes place following an officer-involved shooting.

“We're trying to dispel some rumors that were put out on social media about the race of the victim that was shot today,” said Lt. Michael Ford, an LRPD spokesperson. “Unfortunately, there was a white male that was shot by two of our officers. Both of those officers are white males,” he said.

This shooting follows the announcement Friday that no criminal charges will be filed against Officer Charles Starks for the shooting of Bradley Blackshire in February.