Little Rock police are investigating a homicide on Chicot Road where they say one person has died after a shooting. 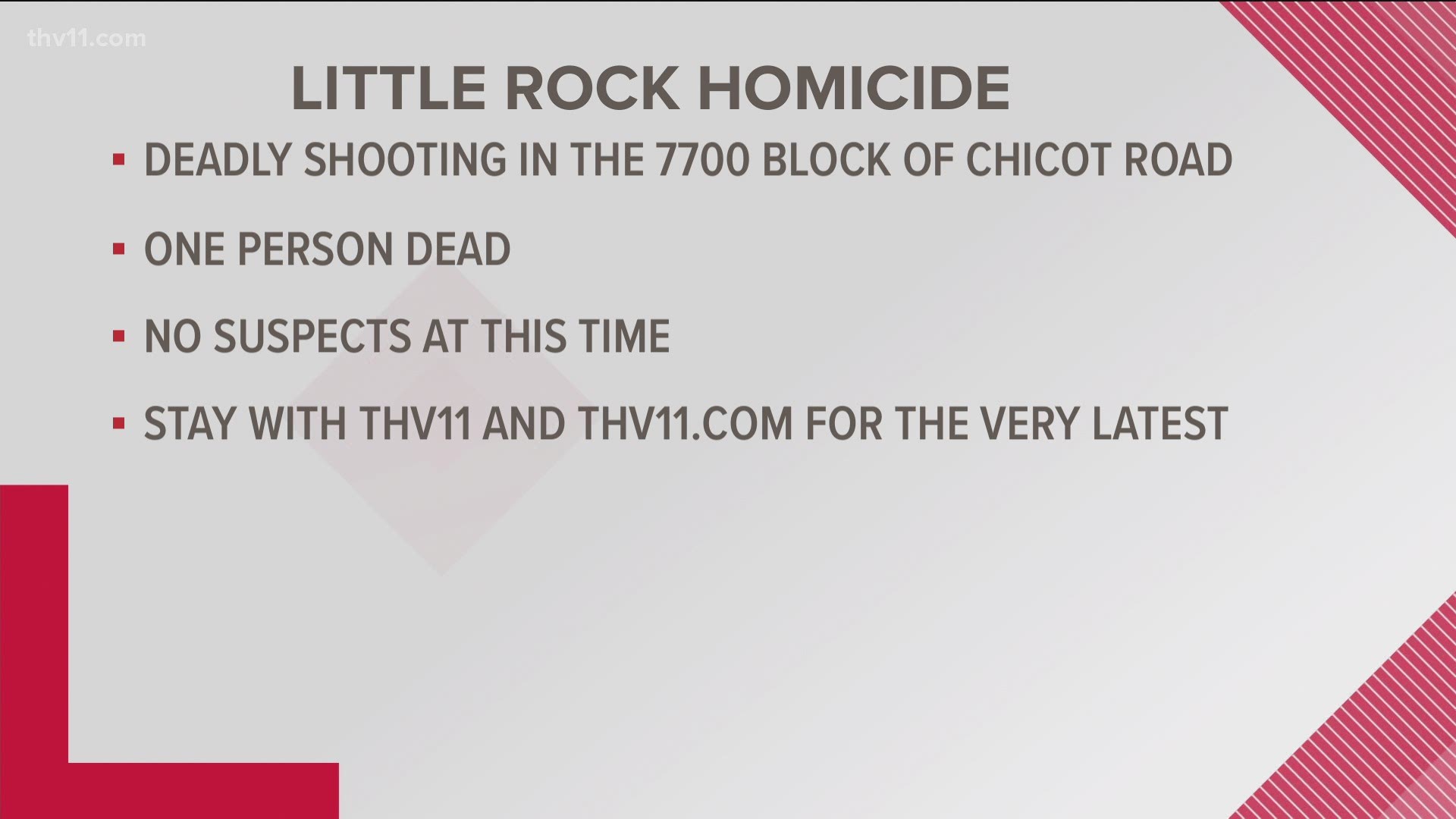 When officers arrived on the scene, they discovered a male, later identified as 24-year-old Deshon Stokes, of Little Rock, suffering from gunshot wounds. Mr.

Stokes died due to his injuries on the scene.

Homicide detectives interviewed a witness and developed several leads. The coroner responded and transported the body to the medical examiner’s office for an autopsy.

This investigation is ongoing and occurred in Little Rock’s Southwest Division.

We will update this article as information becomes available.